A Cross-Sectional Study on the Knowledge and Practice of Instrument Sterilization amongst Barbers in Presco Campus, Ebonyi State University Abakaliki

Background: Barber’s shop is a source of infections agents both blood borne and other infestation and the sure way to prevent this is through instrument sterilization after each customer. Aim: The study was to determine the level of knowledge and the practice of instrument sterilization amongst barbers in Presco campus, Ebonyi State University Abakaliki. Materials and Method: Cross-sectional design was used in the study. The sample of 40 barbers was drawn using simple sampling technique. Data was collected using questionnaire and analyzed using frequency and percentage, and ANOVA. Result: Majority (87.5%) were trained by other barbers as apprentice, very many (75%) were licensed to practice barbing, only 10 (25%) had accurate knowledge and aware of the need to sterilize instrument after use on each customer, personal characteristics have no significant influence on participant’s knowledge of instrument sterilization at p=0.05. Conclusion: Barbers need proper education on the appropriate instrument sterilization to limit the spread of deadly infectious diseases.

Background of the study

Several researchers have endeavored to define the term, Sterilization but the most and widely accepted definition was the one put forward by (WHO and CDC 2008) as a term referring to any process that eliminates or kills all forms of microbial agents such as bacteria, viruses, fungi etc., from the surface of an object or in a medium and could be by the application of heat, chemicals, and indications, high pressure and filtration. However, the choice of method of sterilization depends largely on the nature of object to be sterilized. Sterilization is a preventive procedure that is geared towards eradication of infectious diseases through the use of sterile instruments in different settings amongst different individuals.

Blood-borne infections such as human immune deficiency virus, hepatitis B virus (HBV), Hepatitis C virus(HCV) and others constitute major public health problem affecting millions of people in Nigeria and trillions of people worldwide. [1] In 2005, 220,000 deaths were recorded in Nigeria from HIV, AIDS, and 930,000 AIDs orphans live in Nigeria. [2] Nigeria spends sum of 260-390 US dollars per person as a budgetary allocation to HIV/ AIDs control per year thereby causing economic loss. [3]

One of the non-sexual modes of transmission of these infections is through sharing of contaminated & non sterilized razor, clippers, blades, scissors amongst clients/customers in barbing salons. [4] Report from previous research finding revealed that the infectious diseases have high prevalence rate and are being rapidly transmitted to people in non–sexual routes such as barbering including sexual routes in both developed and developing countries with prevalence rates are as follows: HIV 2.2% to 28%, HBV 6.8-26%, and HCV 2.2 to 4.8%. [5]

Barbers in the third world countries like Nigeria are usually unaware of the fact that highly infectious blood borne agents can be transmitted through barbing. [6] Paez et al. also noted that, the use of metal like razors, clippers, blades and scissors repeatedly on different customers without intervening sterilization thereby exposing the masses to deadly infections.

Study from Sudan on the knowledge and practice of sterilization of instruments by barbers shown that 93.9% were not aware of the need and methods of sterilization. [8] This means that almost all the consumers were at risk of contracting these deadly but preventable diseases. Certainly, infection acquired from barbing saloon usually result in serious complication because, individuals infected with these diseases are not aware until laboratory investigation reveals it. [9]

Objective of the study

This study seeks to determine the knowledge and practice of instrument sterilization amongst barbers in Presco campus, Ebonyi State University Abakaliki.

Cross-sectional survey design was used to determine the level of knowledge and practice of instrument sterilization amongst barbers around Presco campus of Ebonyi State University Abakaliki. As at the time of the study, the statistical record obtained from the barber’s association revealed seventy (70) registered members within Presco community. Accidental sampling technique was used to draw 40 (57%) participants out of the total population. Data were collected using author’s selfstructured questionnaire and observation as barbers sterilize their barbing instrument. The validity of the instrument was tested through face validity by two community and public health personnel. Frequency, percentage and ANOVA were used for analysis. Prior to data collection, each prospective participant was informed of the nature of the study and its purpose. It was also made clear to the participants that they can withhold consent at any time during the course of the study should they wish to do so without adverse consequences.

The Table 1 below shows that 95% of the study population was male, 5% was female. 12.5% had primary school as their highest educational attainment, 37.5% went through secondary school, while 50% has tertiary education certificate. Majority of the subjects (50) were within the age range of 20-25 years. From the Table 2, only 5% of the respondents went through cosmetology school to be trained as a barber, majority (87.5%) were trained by other barbers and 7.5% were said to have been naturally gifted as barbers. 75% of the respondent were licensed to practice as barbers while 25% had no license to work as Barbers.

Majority of the participants gained their knowledge through apprentice. In developing countries like Nigeria, the relevant course of study for barbing (such as barbing school or studying cosmetology) is scare. As a result, the only way an individual can become licensed barber is through apprenticeship where such person will be certified by his or her boss on completion of the stipulated duration of learning with little or no knowledge and rationale for sterilizing instruments after use.

Very many of the respondents were certified to practice barbing [Figure 1]. This is foreseen because the licensure process is determined by the boss and not the association of barbers. The major consideration is duration of service and not knowledge gained. In developing countries like ours, barber are hardly engaged in seminar on how to prevent infectious disease through the knowledge of sterilization which would have served as a buffer since they lack some standard precautions on infection prevention hence creating more public health problems (Table 4). Figure 1: The knowledge and practice of instrument sterilization.

Table 4: ANOVA on demographic variables and the knowledge of instrument sterilization.

Few respondents were aware of the need to sterilize instrument after use on each customer. This is not amazing as majority of the respondents started barbing job through apprenticeship and natural gift rather than experience through studying the relevant courses. This ugly situation has also been recorded in studies from different regions. [7,11-13]

This study did not assess sterilization practice among the participants. However, study on the knowledge and practice of barbers regarding transmission of blood borne shows that some barbers own autoclave but do not use it to sterilize instrument rather they store instrument in it while equipment sterilization was mostly by socking in alcohol solution or burned using flame while roadside barbers only rinsed their instrument in soapy water or wipe it with piece of clothes. [1,14] Reasons for the shift from standard to non-standard method of sterilization might be due to lack of proper knowledge on prevention of infectious associated with barbing.

There is a great need for enlightenment campaign through health education among the barbers and also to institute measures for regulating the instrument sterilization practice to protect the masses. 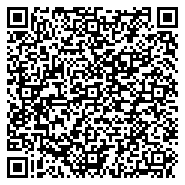