A Preservative Approach for Oral Rehabilitation: A Case Report

The treatment planning to replace missing teeth with fixed dental prosthesis depends on the demand of the patient and the clinical complexities. This case report highlights the preservative and the least extensive prosthodontics treatment plan revolving around the concept of ‘tissue preservation’ in a forty year old male patient with missing 12, 27, 35 and 46, and endodontic treated fractured teeth 13, 14 and 15. This treatment plan utilized the available compromised soft and hard tissues to restore the grossly destructed teeth, crown support and replacement of missing teeth. The rehabilitation of this patient was done by restoring the missing teeth with implant retained crown and fixed d ental p rosthesis, s upported by partial and full coverage retainers. Emphasis was laid on the procedures to retain the endodontic treated compromised teeth with endodontic and periodontal interventions. The indications for ‘no treatment’ for missing teeth under particular clinical conditions without compromising the functional and esthetic demands of the patient have been drawn.

“Perpetual preservation of what remains is more important than the meticulous replacement of what’s missing” is a golden dictum for prosthodontics rehabilitation.

Preservation of tissues during comprehensive oral rehabilitation has always posed a challenge for a practicing dentist.

The teeth already restored with questionable prognosis create a dilemma; whether to retreat and retain them or to extract and replace with alternate substitutes.

The current concept of Prosthodontics stresses on doing good rather than harming while replacing the missing oral tissues with an artificial substitute.

Dentists frequently assess patient’s need at interventional levels rather than conservative approach, creating a gap between the need and patient demand.

The prosthodontist should have a multidisciplinary approach for developing the most stable, simple and cost effective treatment plan. He should manage the sequencing and referral to other specialists to obtain opinions, suggestions and recommendations and act as the ‘quarterback’ as he or she will be completing the treatment.

A forty year old male patient reported with complaint of multiple missing and fractured teeth associated with an unpleasant smile. The patient was medically fit and had undergone endodontic treatment of upper right canine and premolars 3 years back. Palatal cusp of tooth 14 was fractured recently while chewing food. He gave history of multiple extractions several years back. Patient did not want to undergo any extensive treatments.There were no relevant extra-oral findings. The intraoral clinical and radiographic examination revealed missing teeth 12, 27, 35 and 46, and endodontically treated teeth with custom made post in relation to 13 and prefabricated post in relation to 14 and 15. None of the endodontically treated teeth were restored with crowns. His smile was affected because of missing and fractured teeth in upper right quadrant. His oral hygiene was satisfactory and the patient showed philosophical mental attitude.

Tooth 14 had condensing osteitis and it was decided with consensus not to interfere with the existing clinical condition and to proceed with further prosthodontics treatment with periodic observations. According to the protocol of managing condensing osteitis, only the symptomatic teeth require treatment and asymptomatic cases like this entail periodic clinical and radiographic observations. [1] A periapical scar was noticed in relation to tooth 15 on radiograph. The previous records were unavailable to confirm whether it was a healing scar or not. As the tooth was asymptomatic, the decision was made to augment support for tooth with crown, with option of apicectomy in course of time if tooth becomes symptomatic.

Periodontal opinion for first quadrant suggested periodontal conditioning and crown lengthening of the endodontically treated teeth to avail adequate support for crowns and to improve the gingival zenith.

Tooth 15 and 14 were planned to be restored with separate porcelain fused to metal crowns with a provision for endodontic retreatment if indicated in future. Tooth 13 was planned to be restored with full coverage porcelain fused to metal crown, serving as a full coverage retainer of ‘three unit’ bridge to replace missing teeth 12, along with resin bonded partial coverage metal retainer on palatal aspect of tooth 11. The other option to replace missing tooth 12 was, (1) Implant crown, (2) A three unit fixed dental prosthesis with full coverage retainers on 11 and 13 or (3) A cantilever bridge with the support only from tooth 13.

Implant option was not considered because the tooth 13 was already endodontically treated and could have served as an acceptable abutment for ‘three unit’ bridge. The partial retainer was planned on 11 to maintain the esthetics by avoiding reduction of the labial surface of central incisor which is considered as one of the fundamental tooth governing the anterior esthetics. The partial support from the palatal surface is sufficient to replace missing lateral incisor and would be better than a cantilever by avoiding the fulcrum effect.

The teeth to receive separate crowns and full and partial coverage retainer were prepared and other clinical steps were completed as per standard guidelines. Group function occlusion was established to distribute loads during eccentric contact relationship.

The ridge dimension at 35 was 6.5 mm of mesiodistally and 6.0 mm buccolingually. The adjacent teeth had slight proximal tilt creating an inconvenient path of insertion for implant prosthesis.

Another challenge was to place the implant parallel to the root surfaces of adjacent teeth in restricted interradicular mesiodistal space. A delayed loading implant technique with an implant dimension of 3.7 mm × 11 mm was decided to be safe.

In the first stage surgical procedure, the planned implant was placed and submerged 1 mm below the gingival level to create an emergence profile.

The second stage surgery was performed four months later, and the healing abutment was placed for 15 days which was later replaced by abutment analog and prosthetic phase was completed step by step.

The porcelain fused to metal implant crown was cemented. During centric relationship a ‘point contact occlusion’ and during eccentric contact relationship, ‘Implant protected occlusion’ was established.

No Prosthetic Replacement of Teeth as a Treatment Option

Missing 27 and 46 were not planned for replacement, because of the following reasons; [1] the replacement of a short mesiodistal missing tooth span of less than 4 mm with three unit bridge would not have been a conservative treatment option, [2] the available space wasn’t sufficient to place an implant or removable prosthesis, [3] the patient was not able to afford orthodontic tooth movement to fill the missing tooth space.

The anticipated complication of non-replacement of missing teeth would be further mesial drift or tilt of adjacent teeth into the missing space including supra eruptions of tooth 28, because of no occlusal contacts in the opposing arch.

The nonreplaced missing teeth need constant observation to monitor further tilt, drift or supra eruption and if interferences occur during eccentric contact relationship, it was planned to restore the missing 46 with conservative options like an overlay on 47 or an inlay retained bridge in relation to 45, 46 and 47, and to extract 28 to create a short dental arch which excludes the complexity of the treatment and also suffices the masticatory needs of the patient [2]

The patient was made understand of his present clinical situation and the reasons for not replacing the teeth for time being. He was also explained the treatment plan that shall be done later if any adversities observed in course of time. His written consent had been taken for the entire treatment.

All the treatments were executed as per the proposed treatment plans. The patient was satisfied with his smile and masticatory functions. He was motivated to maintain oral hygiene by regular brushing and flossing as per the standard protocol [Figure 1].

The need to replace missing teeth broadly depends on restoring the functions, esthetics, phonetics and establishing the overall health and comfort of the patient. Evaluating the clinical conditions and understanding the patient’s need and demands, determine the treatment plan for long-term stability and success of the treatment. In the present clinical scenario the need for the comprehensive treatment and the demand of the patient varies. The missing tooth type, missing teeth span, the condition of the abutment teeth, the choice of material for restorations and the financial constraints of the patient had influenced the actual treatment rather than the traditional normative approach. Many a time certain treatments are technically feasible to perform but too complex, so thorough examination, meticulous planning, and careful executions can serve the patient’s need and restore them conservatively as per the clinical demands.

An elaborate assessment of individual abutment teeth and surrounding soft tissues along with alveolar bony support has to be done to assess their ability to support the prosthesis with a favorable prognosis. Care should be taken to avoid additional destruction to the remaining dental structures and adjacent supporting tissues while restoring the missing dentition. [3] Restoring the missing lateral incisor presents the same situation wherein the adjacent canine was already treated and needed a crown to act as an abutment tooth for support. Obtaining another abutment tooth support for partial coverage retainer from central incisor provided the added benefit to preserve the remaining tissues.

Planning and establishing the correct timing of the involved procedures increases the treatment predictability. A customized treatment plan is important to achieve results that will satisfy the patient, providing esthetics, functions, and long-term stability.

Treatment planning for dental implants has a cardinal rule of prosthodontically driven treatment concept where final implant restoration is planned earlier than implant placement and all possible treatment alternatives have to be ruled out. All potential complications related to the restorations and implant placements and the prognosis of treatment outcome should also be brought to patient’s attention. Replacing missing tooth 35 with implant in this case offered definitive challenge because of the following reasons:

• The adjacent roots follow an oblique path of implant insertion

• The implant was placed parallel to the adjacent roots but perpendicular to the occlusal plane or the ‘curve of Spee.’

• To accommodate implant crown enameloplasty of adjacent proximal teeth surfaces with in limit was done.

Many times no prosthetic treatment can also be an option and can be the part of the treatment plan. The question of replacing missing tooth/teeth should be let decided by the patient if it is not impairing the functions, esthetics and if it is not affecting the esthetics and occlusal configuration. [4]

It is extensively and aptly elaborated in literature that no definitive evidences exists to support prosthodontic treatment options [5] The missing teeth 26 and 46 were intentionally not replaced which serves as a conservative treatment option. If there would be adequate space to place an implant, definitely that treatment needs to be accomplished. But planning ‘3 unit’ bridge is not a conservative option in this situation. [6] 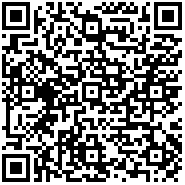