duration. Upon questioning, the patient gave history of reverse smoking since 50 years. On examination, the patient had a superficial ulcer over the hard palate. A provisional diagnosis of zosteriform cutaneous metastases was made. Fine needle aspiration cytology of the nodule performed showed metastatic squamous cell carcinoma deposits. Later, biopsy was performed from the neck lesion and oral lesion, and it confirmed the diagnosis. Histopathology of the oral biopsy was suggestive of infiltrating squamous cell carcinoma. Biopsy of neck lesion was suggestive of squamous cell carcinoma secondaries. Majority of these cases can be misdiagnosed as herpes zoster and were treated with antiviral drugs. Distant metastases from oral squamous cell carcinoma are unusual, but generally occur in lungs, bone, and liver. Cutaneous metastasis is extremely rare, and it often reflects an advanced stage with sinister prognosis. Therefore, metastatic diseases should be considered in the differential diagnosis of zosteriform rash in the elderly.

Metastatic skin cancers vary in type. Most of these metastases present as nonspecific, painless, dermal or subcutaneous nodules, leaving the overlying epidermis intact.[1] Only a few cases of metastatic skin cancer presenting with a zosteriform distribution have been reported in the medical literature.[2,3] Zosteriform appearance of the metastasis has two aspects: one is its morphology with lesions resembling herpetic vesicles and the other is its zosteriform distribution.[4] Herein, we describe a patient with a squamous cell carcinoma of the hard palate, presenting with zosteriform cutaneous metastases over the neck.

A 70-year-old woman presented with nodules on the left side of her neck since 1 month. The patient gave history of reverse smoking since 50-years-and did not have any complaints in her oral cavity. The lesions over the neck were not painful and they did not itch. Skin-colored solid papules, nodules, and papulovesicles were scattered and confluent and few crusted plaques were seen on the left side of the neck with typical zosteriform distribution consistent with the left C3 dermatome [Figure 1]. On further examination, the patient had a superficial ulcer of 2 × 2 cm over the hard palate in her oral cavity and the patient was unaware of the lesion with no symptoms. The ulcer had an eroded surface with irregular margins and had pseudomembrane formation [Figure 2]. The ulcer did not bleed on touch and the pseudomembrane was not easily detachable. The rest of the physical examination was normal. Figure 1: Zosteriform metastatic skin-colored solid papules, nodules, and papulovesicles scattered and confluent with few crusted plaques seen on the left side of the neck in a typical zosteriform distribution involving the left C3 dermatome Figure 2: A superficial ulcer of 2 × 2 cm over the hard palate in the oral cavity with an eroded surface with irregular margins and pseudomembrane formation

Routine blood investigations were within normal limits, except erythrocyte sedimentation rate (ESR) which was 130 mm in the 1st hour, and peripheral blood smear showed normocytic, hypochromic blood picture with eosinophilia. Ultrasound of neck and chest showed single nodule of right lobe of thyroid. Chest X-ray PA view showed moderate cardiomegaly. Computed tomography (CT) scan of the chest, direct laryngoscopy, upper gastrointestinal (GI) endoscopy, and ultrasound abdomen revealed normal study. HIV 1 and 2 was negative and venereal disease research laboratory (VDRL) test was non-reactive. Initially, fine needle aspiration cytology (FNAC) of the nodule was performed, which showed metastatic squamous cell carcinoma deposits. A skin biopsy was performed from the neck lesion and an oral biopsy was done for confirming the diagnosis. Histopathology of the oral biopsy sections showed hyperplasia of epithelium with central ulceration, necrosis, and inflammatory cells. In one area, there was a malignant change seen in the epithelium with few malignant cells breaking into the basement membrane, suggestive of infiltrating squamous cell carcinoma [Figure 3]. Biopsy of nodular lesion from the neck sections showed large sheets of malignant squamous cells with hyperchromatic nuclei and mitoses. Central area showed necrosis with overlying squamous epithelium showing hyperplasia in a few areas. No malignant change was noted in epidermis. Subcutaneous lymphatics were distended with tumor cells, which was suggestive of squamous cell carcinoma secondaries [Figure 4]. Patient was started on external cobalt radiation. A total dose of 5000 cGy radiation was given in 25 fractions (200 cGy for 25 days). Complete clearance of both the oral cavity ulcer and zosteriform lesions over neck was noted after the radiation therapy [Figures 5 and 6]. The patient was advised to stop smoking and she is under close follow-up since 6 months after discharge from treatment, with no recurrence. Figure 6: Response to cobalt therapy; healing of zosteriform lesions over neck with scarring

Cutaneous metastases are relatively rare and have been reported in 0.7-9.0% of all patients with cancer.[1] It may be an important clue for tumor progression or even the first manifestation of malignancy.[2] It has been reported that the lung is the most common primary site of carcinoma in men and the breast is the most frequent primary site of carcinoma in women that metastasize to the skin. In addition, there may be a long time lag between the diagnosis of the primary neoplasm and recognition of the skin metastases.[3] Even in our case, the appearance of zosteriform lesions over the neck, which mimicked cutaneous metastases, made us investigate for any internal carcinoma and we found a squamous cell carcinoma over the hard palate, which was an unusual site with no previous similar reports in literature.

The distribution of skin metastases, although unpredictable, is related to both the anatomic site of the primary tumor and the mode of spread. The areas of greatest predilection in men are the head, neck, anterior chest, and the abdomen, whereas in women, the anterior chest and abdomen appear to be the most common sites for skin metastases.[4] The most common clinical appearance is that of multiple nodules; less common forms include inflammatory or erysipeloid form, sclerodermoid form, alopecia neoplastica, or bullous form.[5] Zosteriform pattern is a very rare type of cutaneous metastasis, with only few reported cases.[2] Kikuchi et al. reviewed 18 cases of zosteriform skin metastases. Many of the dermatomal metastases have been initially diagnosed as herpes zoster, since spontaneous pain mimicking herpes zoster has been observed in many patients with zosteriform metastases, with many of them initially having been treated with antiviral drugs.[6-8] Though it usually follows the diagnosis of malignancy, zosteriform metastases have preceded documentation of primary tumor in minority of patients.[7] Similarly, in the present case, zosteriform metastatic lesions led to primary skin cancer in the oral cavity. Primary skin cancers such as malignant melanoma and squamous cell carcinomas as well as lymphoreticular malignancies may occasionally have zosteriform morphology.[9] Excluding these, zosteriform pattern of metastases were usually seen in carcinomas originating from the breast, ovary, and lung. According to a previous report, adenocarcinomas were the commonest histopathologic pattern, followed by transitional carcinoma.

The mechanism of zosteriform distribution often remains unknown; however, proposed theories include lymphatic spread, koebnerization at the site of previous zoster infection, surgical implantation of tumor cells, and neural spread via the dorsal ganglia.[11] Clinically, metastases localized in proximity of the underlying internal carcinoma suggest spread to the skin through lymphatic channels. S-100 staining of the biopsy revealed perineural invasion and endothelial markers, particularly factor VIII. It also showed dilated vessels in the dermis, some of which contained malignant cells, suggesting that the distribution was related to intravascular or lymphatic spread.[12] In our case, immunohistochemical staining studies were not performed due to logistical problems. Based on our clinical observations and histopathology, we believe that the zosteriform distribution was due to lymphatic spread.

In summary, the diagnosis of metastatic carcinoma should be considered in any patient with a previous history of internal malignancy and zosteriform skin eruption. The clinical appearance frequently makes the correct diagnosis difficult and a skin biopsy is necessary to confirm the diagnosis. Hence, we report this case for its rare primary site in the hard palate presenting as zosteriform cutaneous metastases. 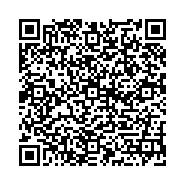