Acrochordons as a Cutaneous Sign of Metabolic Syndrome: A Case???Control Study

Background: Acrochordons (known as skin tags) are benign skin tumors. A few studies with contradictory results have been reported regarding the abnormalities of carbohydrate and/or lipid metabolisms in patients with skin tags. Aim: The aim of this study is to determine if the presence of acrochordons could be a marker of Metabolic syndrome by comparing with a control group. Subjects and Methods: A total of 110 patients having two or more acrochordons and ageĂ˘Â€Â‘ and genderĂ˘Â€Â‘matched 110 controls were included in the study. Localization, size and the total number of acrochordons were recorded in the patient group. Age, sex, body mass index (BMI), waist circumference, smoking status, fasting plasma glucose (FPG), impaired glucose tolerance (IGT) test, insulin resistance, serum lipids and liver enzyme levels were estimated in cases and controls. Arterial blood pressures were measured in two groups. Results: A total of 58 patients and 12 controls were diagnosed with overt diabetes mellitus (DM). 15% (16/110) of patients and 8% (9/110) of controls had an IGT test. The difference was statistically significant for the diagnosis of DM and not significant for the IGT. The mean levels of FPG, BMI, insulin resistance, total cholesterol, lowĂ˘Â€Â‘density lipoprotein cholesterol and triglyceride were significantly higher in patients than those in controls. Serum levels of highĂ˘Â€Â‘density lipoprotein were less in patients. Patients with acrochordons had higher systolic and diastolic blood pressures than controls. Conclusion: Acrochordons may represent a cutaneous sign for Metabolic syndrome. Changing the lifeĂ˘Â€Â‘style of these patients may have a beneficial role.

Acrochordons, also known as skin tags or soft fibromas, are common, small, soft, usually pedunculated and benign skin tumors that are most often found on the neck, axilla or groin. They are protrusions of the loose fibrous tissue. They usually vary in diameter from 2 mm to 6 mm in diameter and are skin colored although larger and hyperpigmented lesions can be seen in dermatological examination. Although acrochordons are benign, common and of little significance they have been observed in increased frequency with systemic disorders such as acromegaly and colonic polyps.[1,2]

Touraine proposed a possible association of acrochordons with diabetes mellitus (DM) in 1951.[3] Since then, a few clinical studies with conflicting results have been reported to clarify this hypothesis.[4-7] In the present study, we aimed to evaluate a possible relationship of acrochordons with DM, hyperlipidemia, hypertension and liver enzyme abnormalities.

The present study represents a case-control study. One hundred and ten patients having two or more acrochordons and age- and gender-matched 110 controls were enrolled in the study. Study participants were recruited consecutively from patients attending the dermatology out-patient clinic of Smt. S.C.L. Hospital from April 2012 to November 2012. Patient group was defined as population seeking advice for two or more than that number of acrochordons. Control group was age- and gender-matched apparently healthy participants with no acrochordons, randomly selected from the out-patient clinic. Exclusion criteria were pregnant females, patients taking any drugs that could alter blood glucose level, patient having concomitant disorder(s) that could affect the outcome of the study.

The details of the study were explained to the subjects and their signed informed consent was taken prior to participation in the study. All patients and controls were asked for a complete history and underwent detailed physical examination.

In all participants, a detailed clinical history was taken followed by the dermatological examination. Localization, size, pigmentation and the total number of acrochordons were recorded in the patient group. Biopsy sample was taken from lesion and sent for histopathological examination for clinical and histopathological diagnosis confirmation. Body mass index (BMI) was calculated for the participants in both groups. Overweight was defined by BMI 25 or greater and obesity was defined by BMI 30 or greater. Laboratory investigation included the serum fasting plasma glucose (FPG) level, oral glucose tolerance test, lipid profile and liver enzyme levels.

Table 1: According to new IDF definition, for a person to be defined as having metabolic syndrome they must have: Central obesity (defined as waist circumference with ethnicity specific values) plus any two of the following four factors

Confounding factor such as systemic diseases like colonic polyps was excluded.[17] All blood pressure measurements were taken with standard calibrated mercury manometers in the right arm of each individual in a sitting position after a rest of 5 min. Defining criteria for Metabolic syndrome by International Diabetes Foundation (IDF) were used as following:[18]

Data were statistically described in terms of mean (standard deviation), frequency (number of cases) and percentages when appropriate. Comparison of quantitative variables between the study groups was carried out using the Student’s t-test and Chi-squared test, respectively. Statistical calculation was carried out using the software Version 6 of Epi Info™ (Epi6) by the Centers for Disease Control and the World Health Organization (www.cdc.gov/epo/epi/epiinfo. htm). P < 0.05 was considered to be statistically significant.

Table 3: The frequency and mean number of acrochordons in each anatomical location

Nearly, 58 (52%) patients and 12 (10%) controls were diagnosed with overt DM according to ADA criteria[9] and this difference was statistically significant.

Table 4: Comparison between patient and control as regard to metabolic syndrome criteria

Acrochordons have been suggested to be associated with DM and obesity since Touraine reported a possible association between them and endocrine diseases in 1951.[3] Nanney et al. found that growing acrochordons correlated with increased epidermal growth factor receptors (EGF-R) in the epidermis.[9] Mathur and Bhargava proposed that overexpression of EGF-R may be caused by an increase in unesterified fatty acids due to hyperinsulinemic state.[10] Morgolis reported that 32 of 40 patients (72.3%) with acrochordons had overt DM while IGT was observed in 6 (12.7%) patients.[11] Kahana et al. observed IGT in 34.3% of 216 patients with acrochordons and found no correlation between the localization, size, color and number of the lesions with the presence of glucose intolerance.[6] In another study, Agarwal and Nigam detected abnormality of glucose tolerance in 48 (40.6%) of 118 patients with acrochordons. Obesity was present in 21.2% of patients.[4] Norris et al. suggested that acrochordons correlated more closely with hyperinsulinemic state than diabetes.[12] In a study by Demir and Demir, it was found that 88 (73.3%) of 120 patients with acrochordons were found to be overt DM. They reported that the most frequent localization of the lesions was neck as in this study.[5] Contrary to this study, the authors found a positive correlation between the number of acrochordons and BMI. Sudy et al. found that eight or more skin tags were related with statistically significant laboratory glucose/insulin abnormalities: Basal hyperinsulinemia, postprandial hyperinsulinemia and postprandial hyperglycemia.[13] In a recent study, Yilmaz et al. reported that among the pregnant women with both acrochordons and acanthosis nigricans (AN), 40% of them had gestational DM, whereas the same ratio was 12.3% for women free of both acrochordons and AN.[14]

Although these studies are important in indicating the potential association between acrochordons and systemic diseases, they did not include an evaluation of lipid profile or liver enzymes of patients with acrochordons. However, they did not have any control group for comparison.

Rasi et al. studied 104 patients and 94 age-, gender- and BMI-matched controls and found a positive correlation between the total number of acrochordons and FPG.[7] A total of 24 patients in acrochordon group were detected to have overt DM in their study. To the best of our knowledge, our study has the largest age- and gender-matched patient and control groups. The results of the current study are partly in line with the previous studies.

We detected overt DM in 58 (52%) of the 110 patients and 12 (10%) of the 110 controls according to ADA criteria, but contrary to the previous reports, we did not find any significant differences between two groups regarding the IGT (15% and 8%, respectively). However, familial history for DM was significantly higher in patient group compared with the control group. 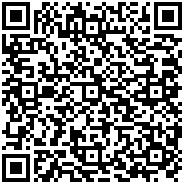