Universal Immunization Program (UIP) has played a substantial role in improving child health by reducing the morbidity and mortality due to vaccine preventable diseases (VPDs). In South Asia alone immunization as a public health strategy has averted estimated 403000, 351000, 320000, and 18000 deaths due to tetanus, measles, pertusis, and diphtheria respectively.[1] From 1990 to 2015, India has observed about 60.0% and 50.0% decline in under-five and infant mortality rate respectively.[2,3] Country has made commensurate efforts to provide universal access to immunization services by conducting about 7 million immunization sessions along with 27,000 cold chain points. [4] Fraction of fully immunized (FI) children for vaccines like BCG (Bacillus Calmette Guerin), DPT (Diptheria, Pertusis, Tetanus), OPV (Oral Polio Vaccine) and measles considered as a coverage indicator. FI coverage statistics in India has observed a substantial improvement from 36.0% to 44.0% according to National Family Health Survey-1st (NFHS-) and 3rd round respectively. NFHS-3 survey observed state wide variation as lowest FI coverage found in Uttar Pradesh (23.0%) and highest in Tamil Nadu (92.5%). Himachal Pradesh observed with better FI coverage (86.3%) and was grouped with better performing states.[5]

As FI measures coverage for services, but age appropriate immunization (AAI) reflects quality of immunization services and brings a scope of discussion for health system efficiency to reach out for children in a recommended time. AAI is an important concern as it was observed to be associated with reduction in morbidity due to VPDs.[6] Evidence has shown that in India large number of children received vaccine inappropriate to their age.[7,8] It is attributed to economic capacity of the state, availability health centre and household characteristics. [9] Current analysis was done with intent to report findings on AAI in the state of Himachal Pradesh during an independent rapid immunization survey which was carried out to reassess the FI coverage in response to reportedly low FI coverage of 63.0% during recently conducted District Level Household and Facility Survey-4th round (DLHS-4).[10]

The World Health Organization (WHO) recommends 30 cluster techniques and was adopted for all 12 districts of Himachal Pradesh, India. Each cluster was selected according to population proportion to size (PPS) and individual in each cluster was selected randomly. According to national census 2011 state has population of 68,64,602 (Rural: 89.9%) persons with 14,83,280 (Rural: 88.5%) households (HHs).[11] All villages and municipal wards of each district were considered as a sampling frame. Thereafter, from each district 30 clusters (Rural: Village; Urban: Ward) from sampling frame were selected with probability proportion to size (PPS) method. The rural and urban stratification was not done for every district as about 90.0% of state population resides in rural area. The data collection was carried over from September 2015 to January 2016. Once selected then during the survey and before actual data collection, each cluster was divided into four rough geographical areas and about 2 children (12-23 months of age) were randomly selected from each area of cluster. In each area of cluster the first HH was selected randomly by the bottle spin method and then respective HHs were visited till the required sample size of 2 per geographical area and ultimately 7 per cluster was met. Adjoining village was selected in a case of incomplete sample size of cluster, so 210 children (30 × 7) per district and a total of 2520 (210 × 12) children was estimated for data collection. Data was collected using WHO recommended interview schedule by medical interns posted in the departments of Community Medicine after obtaining informed consent from mother of child. In a cluster, children were surveyed and assessed for administration of BCG, DPT-1/2/3, and measles vaccine. FI status was assessed from the mother of child as per history and presence of immunization card as according to UIP in India issues card to mother of every child to record date and type of immunization.

During the interview questions about BCG, DPT 1st to 3rd dose and measles were asked from mother and verified by dates mentioned on immunization card.

The survey was carried out by the department of Community Medicine of Dr. Rajendra Prasad Government Medical College (Dr. RPGMC) and Indira Gandhi Medical College (IGMC) of Himachal Pradesh. The study was reviewed and approved by Institute Ethics Committee, Dr. RPGMC. Mothers of children of 12-23 months of age were interviewed with an informed consent. The interview process was supervised by postgraduate (Community Medicine) student (1 per 2 interviewers) along with the presence of team in-charge (1 per district) who was the faculty member of the department of Community Medicine. Data entry and analysis was done in Microsoft Excel (2003- 07) software of windows and analysis was done using Epiinfo version 3.5.2. (CDC Atlanta USA). For every child, based on date of vaccination for BCG, DPT/Hepatitis B (Hep B)-1, 2, 3 and measles the difference in days was calculated from the date of birth of the child. The mean age (in days) and mean gap between different vaccines (in days) was calculated and reported with 95.0% Confidence Interval (CI). Statistical indifference was observed with 95.0% CI for continuous variable (days).

Further assessment observed that difference between mean age of immunization was statistically insignificant among males and females irrespective to vaccine types, also the gap between vaccines was statistically indifferent between males and females [Figure 1]. Place variation was observed as districts like Hamirpur observed with lowest mean age for BCG [5.5 (12.5) days] and highest was in Solan [38.7 (73.5) days]. Across all districts relatively high mean age for almost all vaccines was observed in Mandi, Shimla, Sirmaur, and Solan, whereas it was comparatively low in Hamirpur, Kangra, Kullu, and Lahual and Spiti [Figure 2]. Figure 1: Mean age (in days) for different and interval (in days) between doses of vaccines among surveyed children in Himachal Pradesh, 2015. Figure 2: Mean age for different vaccines among surveyed children across all 12 districts of Himachal Pradesh, 2015. Figure 3: Mean interval (in days) between different vaccines among surveyed children across all 12 districts of Himachal Pradesh, 2015.

Current study observed a delay in scheduled immunization for almost all types of vaccines like 23 days for BCG, 35 days for DPT/Hep B-1, 42 days for DPT/Hep B-2, 50 days for DPT/Hep B-3 and 51 days for measles. Though there was an apparent delay but current evidence supports a fact that state health system has managed to ensure better immunization coverage like 85.0% and 83.0% for BCG and measles respectively considering mentioned date of immunization as a means of verification. In concordance to current study age inappropriate immunization was observed to be quite prevalent even in settings with good overall FI coverage.[12-15] Study conducted in northern India--a neighbor state of current study state--also observed a delay of about 41 days for DPT-1, 70 days for DPT-2, and 92 days for DPT-3 vaccine.[12] Apart from delay in immunization, current study also observed early immunization in about 10.0% of children common for DPT and measles. The issue of Age inappropriate (early and late) immunization has been stationed by various studies though with different quantifications.[7,8,13-19] It was factored for limited accessibility for UIP services and lack of community participation due to inadequate awareness. Building community awareness while engaging community volunteers proved to be beneficial to improve timely administration of vaccines by significantly reducing delay in between vaccines.[12]

Timely provision of services argues an intricate interplay of health system, geographical, and family level factors at grassroot level. Outreach sessions for immunization service are planned in each village on a fixed day to improve universal immunization coverage considering household in a village as a remotest service point for service and sub-health centre (SHC) as a distant health facility to provide primary health care. Community mobilization exercise at village level to avail services at health facility level holds its position to improve AAI. Limited community participation expects delayed immunization but special outreach sessions sometimes also results in incidents with early immunization to avoid a lost opportunity. These sessions expects to cover missing children and ensure full immunization although expecting an apparent delay. The delay in vaccines tends to increase as age for vaccine administration advances and this pattern can be prudently expected due to a bigtime gap of 9 months from BCG to measles which primarily rely on efficient child tracking system and awareness of caregiver backed by a well-equipped immunization program.

Like surveillance for VPDs and related adverse effects, commensurate concern was also raised to keep vigil for delay in immunization.[20] State, district and block level efforts are required to improve the quality of health services while addressing the issues like vaccine stock outs, effective manpower training, and use of information and technology (IT). Government of India framed national vaccine policy (NVP) which has discussed operational efficiency, effective monitoring and supervision.[21] Role of IT was explored for child tacking system where an assessment was done in Rajasthan, Uttar Pradesh and Haryana which have delineated limiting factors like poor and incomplete registration of beneficiaries, absence of clear data processing and supervision guidelines, overburdened health workers, poor internet connectivity, power failures etc. [22,23] In resource limited and country with differential rate of development an effective use of IT requires availability of electricity with good internet connectivity in the remotest of areas along with capacity building of grass-root level workers. India has engaged village level functionaries--accredited social health activist (ASHA), which is a female member of same village and expects to improve health awareness in village while acting as a catalyst to mobilize community to health facilities for utilization of services.

Utility of current study is limited as evidentiary support to AAI as a concern in high FI coverage settings. As no explanatory factors were assessed directly but subgroup analysis observed an insignificant difference between male and females which indicates gender of child as an unlikely explanatory factor. A significant differential pattern in AAI across districts indicates associated district level factors like varying difficulty for its geographical terrains and health workforce but was not measured in current study, so could not be delineated. Although, an independent analysis of a national level survey data observed district per capita income as a strong predictor for immunization coverage for DPT-3 and measles vaccine. Variation within country was also observed in the country where district Una of Himachal Pradesh (study state for current study) was awarded top position with best immunization coverage for DPT-3, whereas the state of Himachal Pradesh along with Goa shared top position for better immunization coverage and was observed to be associated with good income of state.[8]

Presence of delay or premature vaccination reduces the program impact in terms of slow rate of decline in VPD associated childhood morbidity and mortality. Program managers and service providers need to be effectively oriented towards importance of and equipped with tools to improve AAI. In order to circumvent the problem of age inappropriate immunization evidences have demonstrated a positive effect of timely analytic feedback to the health authorities, implementation of participatory formulated action plan and intensive monitoring. [12,19].

Study was funded by National Health Mission, Himachal Pradesh, India. We express our sincere thanks to all medical interns, residents and support staff for their participation in survey. 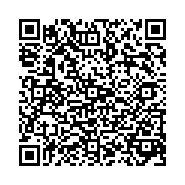