Contraception is an essential component of sexual and reproductive health issues, especially in Nigeria, which has a high fertility rate. The intrauterine contraceptive device (IUCD) is one of the most frequently used contraceptive methods. Countless researches have helped establish the fact that an intrauterine device IUCD is a safe and effective contraceptive method for most women regardless of their health status. However, many complications associated with the IUCD have also been described. In this report, we present an unusual complication of the IUCD in which the device perforated the uterus and migrated to the ileum, with the IUCD string still visible per vaginum.

Intrauterine contraceptive device (IUCD) is a form of long acting reversible contraception which is regarded as one of the most effective reversible birth control method. It is estimated that approximately 128 million women are using the IUCD all over the world.[1] One of its major complications is uterine perforation. Here we report of an uncommon device perforation of the uterus and migrated to the ileum while the string remained visible in the vagina.

She claimed to have had a regular 28-day cycle with 4 days menstrual flow. She had right ectopic pregnancy and salpingectomy in 1997 and a miscarriage in 1998. She had spontaneous vaginal deliveries in 1999, 2001 and 2005. She wore an IUCD in between the pregnancies for an average of 13 months. She had Cu T IUCD in June 2005, about 6 weeks after her last confinement. She experienced pain during the Cu T IUCD insertion, which prompted an ultrasound scan to be done the same day. The ultrasound scan suggested that the IUCD was in situ and normally placed. She was reassured and was given paracetamol tablets for 2 days and the pain stopped.

Examination on presentation revealed a young woman in painful distress, pale, anicteric and not dehydrated. Her pulse rate was 88 bpm while her blood pressure was 120/80 mmHg. Her abdomen was generally tender, but the tenderness was more marked at the right iliac fossa. Vaginal speculum examination showed the tail of her IUCD protruding from the external cervical Os. There was cervical excitation, tenderness and a bulging pouch of Douglass on digital vaginal examination. Rectal examination revealed no abnormality. An impression of acute abdomen due to ectopic pregnancy or acute appendicitis was made. Her packed cell volume (PCV) was 34%, genotype AA and blood group A rhesus D positive. Blood beta-HCG test was negative. The emergency ultrasound scan report showed a normal sized, anteverted uterus containing only part of an IUCD, while the remaining part of the device protruded through the fundus of the uterus. There was a thick-walled complex cystic mass in the right adnexium that was difficult to differentiate from the right ovary. The mass had an irregular outline and was sonoluscent. It measured 2.1 cm in diameter. These features were in keeping with the “adnexal ring sign.” This complex cystic mass was surrounded by a hematoma. Probe tenderness was marked over this mass. The left adnexium showed normal sonographic features. Moderate echo-rich fluid was present in the pouch of Douglas. Impression: these features were in keeping with a right ruptured ectopic pregnancy and a displaced IUCD.

Emergency exploratory laparotomy, adhesiolysis [Figure 1], Cu T 360 IUCD removal [Figure 2] and intestinal repair were performed through the previous sub-umbilical midline incision. Intraoperative findings included a hemoperitoneum (approximately 700 ml), a normal sized uterus, adhesions involving the intestines, omentum and the fundus of the uterus, tangential laceration of the omental surface of the terminal ileum about 2-3 inches from the ileocaecal junction, normal ovaries and left fallopian tube. The right fallopian tube was absent. The horizontal arm of the Cu T 360 IUCD was inside the terminal ileum while the vertical arm was inside the myometrium, with the string still protruding in the vagina. The skin was closed sub-cortically using braided, coated and absorbable polyglycolic acid suture. She did not receive any blood transfusion. She received antibiotics, intravenous fluids and analgesics. She commenced oral intake on the fifth day and was discharged the next day in a stable condition. Figure 1: Surgeon pulling out the intrauterine contraceptive device from the intestine IUCD is a very attractive contraceptive method because it is effective, safe and reversible, does not require daily or monthly action and is cost effective.[2] It can also be regarded as an ideal contraceptive method for lactating women because it has no effect on the quality and composition of breast milk hence justifying its insertion and use in this patient. She had the IUCD inserted 6 weeks post-partum, which is the most common time post-puerperal IUCD insertion is usually done.[3]

Device failure, painful abdominal cramps, expulsion, complete or partial uterine perforation, menstrual disturbances, increased risk of ectopic pregnancy, septic and spontaneous abortion in case of pregnancy with IUCD in situ and pelvic inflammatory disease are the possible complications associated with IUCD.[4] Duplicate insertion of IUCD has also been reported.[5] The complication reported in this case is IUCD perforation of the uterus and migration to the terminal ileum with the string still visible per vagina. The fact that IUCD perforation can occur with the string still visible per vaginum has been collaborated in another report;[6] however, this case is unique as we could not find similar reported cases of IUCD perforation and migration to the ileum with the IUCD string still visible per vagina. In this case, ultrasound scan was able to detect the perforation, but it also suggested the diagnosis of ectopic pregnancy due to features in keeping with the “adnexal ring sign,” which is suggestive of ectopic pregnancy. This ultrasound description of “adnexal ring sign” was seen as adhesions involving the intestines, omentum and the uterus during the surgery [Figure 2].

The IUCD strings are used to monitor and remove the device. The presence of the string in the vagina usually means that the IUCD is in situ. A missing string is regarded as the first sign of perforation in approximately 80% of the cases.[7,8] However, because the IUCD was only partially extruded from the uterus, it is understandable that the string was still visible through the cervix. No attempt was made to remove the copper T IUCD by pulling on the strings because of the ultrasound diagnosis of ruptured ectopic pregnancy, which would require surgical treatment. The reported incidence of perforated IUCD is 0.87 per 1000 insertions, and occurs mostly during insertion.[9] The risk factors for perforation include clinician inexperience in IUCD placement, immobile retroverted uterus or post-partum insertion during lactation, when the uterine wall is thin. We suspect that uterine perforation in this patient would have started at insertion and completed later as she felt pain at insertion. Moreover, the insertion was also done during the post-partum period when the uterine wall is thin and soft. The pain at insertion was severe enough to warrant further investigation with ultrasound scan. The fact that IUCD perforation can occur and go unnoticed at the time of insertion but can pose serious complications at a later date has been corroborated in another report.[10] Perforations have also been noted to occur during retrieval of IUCDs.[11] Ultrasound scan is the most common modality used to document the presence of and position of the IUCD within the uterus. The inability of the first ultrasound examination to document the perforation underscores the need to utilize a combination of clinical features, ultrasound and other radiographic imaging to confirm the actual position of IUCD and diagnose early perforation. The experience of the sonographer could have contributed to the misdiagnosis of incomplete perforation. IUCD perforation and migration through the uterus to the pelvic or peritoneal cavity, sigmoid colon, appendix, ileum and ovary have been reported. In this case, the horizontal arm of the Cu T 360 IUCD was inside the intestine while the vertical arm was inside the myometrium, with the string still protruding in the vaginum.

The most common presenting symptom of inability to feel the IUCD string was absent in our patient, who presented with clinical and ultrasonographic features of possible ruptured ectopic pregnancy. Patients with misplaced IUCDs may present with lost string, vaginal bleeding and pelvic pain, or may remain asymptomatic for years. The diagnosis of displaced IUCD was not suspected clinically but was made with ultrasound scan, although with an additional suspicion of ectopic pregnancy. Computerized tomography (CT) scan,[12] pelvic X-ray, hysteroscopy, laparoscopy and colonoscopy are other diagnostic methods that may assist in proper diagnosis. Apart from the diagnosis of displaced IUCD, CT scan imaging can precisely locate the migrating IUCD in the pelvic/abdominal cavity and help the physician in planning and anticipating difficult removal.[13] It has been suggested that an IUCD located in the abdominal cavity should be removed even in asymptomatic patients because of the risk of adhesion formation and damage to the surrounding structures.[14] The accepted method of treatment of a perforated IUCD is surgical removal of the device. This can be done by laparatomy, laparoscopy or hysteroscopy. Laporatomy was done in our patient because of the suspected diagnosis of ruptured ectopic pregnancy and hemopertonium. The fact that the device was partially embedded in the intestine as shown, on its own also justified a laparotomy as the method of choice in our patient. Laparoscopic retrieval is most appropriate when the patient is hemodynamically stable and the IUCD is lying free in the peritoneal cavity.

Displaced IUCDs should be suspected in women wearing IUCDs presenting with otherwise unexplained abdominal pain or pelvic hematoma even while the IUCD string is still visible in the vagina. Patients who feel moderate and/or persistent lower abdominal pain following IUCD insertion should have closer follow-up and repeated ultrasound scans by skilled sonogologists considering the serious complications that may result from an IUCD perforating the uterus. Unresolved cases should be further investigated with other diagnostic modalities in addition to ultrasonography instead of just reassuring the woman based simply on ultrasound findings. This will allow for early diagnosis and treatment, and save the patient the associated potential risks. The skill and experience of the provider is the most important factor for minimizing perforation.[15] Training and retraining of providers will lower the incidence of complications. 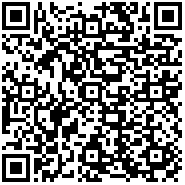