I read an article by Zaidi et al. titled to “A study on assessment of mast cell (MCs) in oral squamous cell carcinoma (OSCC)” with great interest.[1] We are concerned about their meandering conclusion presuming close association between OSCC development and MC. Since the role of MCs in the tumor stroma has been very controversial so far, it needs further clarification. Furthermore, my interest in this study is that we have recently demonstrated human MCâmediated cytotoxicity against different human tumor cells in vitro.[2,3] Here, we want to emphasize antiâtumor effects of MC in the light of recent literature and our findings as well.

I read an article by Zaidi et al. titled to “A study on assessment of mast cell (MCs) in oral squamous cell carcinoma (OSCC)” with great interest.[1] We are concerned about their meandering conclusion presuming close association between OSCC development and MC. Since the role of MCs in the tumor stroma has been very controversial so far, it needs further clarification. Furthermore, my interest in this study is that we have recently demonstrated human MC-mediated cytotoxicity against different human tumor cells in vitro.[2,3] Here, we want to emphasize anti-tumor effects of MC in the light of recent literature and our findings as well.

Contrary to the results of this study;[1] high MC density (MCD) in OSCC is found to be associated with a greater survival.[4] Another study demonstrated no correlation between MCD with clinical and microscopic characteristics of OSCC.[5] In other tumors, increased MCD is not always associated with bad prognosis and/or increased metastasis too. It may also indicate a good prognosis and better survival such as in soft tissue sarcomas, pulmonary adenocarcinoma and colorectal cancer.[6,7] Moreover, a recent study also showed that MC accumulation was suggested to inhibit the proliferation and the dissemination of the gastric carcinoma.[8] Thus; these conflicting results in the literature may raise the question about biopsy timing in the studies. And what we see in the specimen could be reflecting late or early stages of tumor development and surely in the beginning we could see different subpopulations in tumor stroma. Besides the timing of the study, variations in tumor type and methods also may cause perplexing results.[2,3] So could MCs have a specific role in tumor development or progression?

Availability of MCs in inflamed tissues and physiologically around healing tissue, scars and ovulation areas raise also the question about MC really being an active player or an innocent passerby? In fact, MCs just might be a reflection of generalized inflammatory reaction of the immune system. Some researchers think that the MCs may represent reactive cell types involving in the pathophysiology of the host reaction, for example, in early gastric or breast cancer.[9] Or this tumor-induced inflammatory reaction including macrophages and fibroblasts in the stroma could establish a local microenvironment favoring tumor progression via angiogenesis such as in melanoma, and in here some of the angiogenic factors may stimulate MC migration as well.[10] Thus, observing MCD in only tumor tissue with bad/good prognosis on histopathological specimens seems to be insufficient to explain the real role of MC in that tumor stroma.

In this study,[1] MCs in the tumor-surrounding tissue exhibited signs of activation by releasing their mediators (degranulation). MC mediators mediate different functions, and the coexistence of MCs besides other inflammatory cells contributes to tissue homeostasis. Since mediators have been shown to influence various aspects of tumor biology, the net effect of MCs in the tumor progression is difficult to evaluate. For instance in a study, tryptase was thought to be a mediator causing fibrosis, thus limiting tumor invasion, as well as an angiogenic, possibly contributing to a better chemotherapy response of tumor cells. Thus, both fibrosis and angiogenesis mediated by MC tryptase may contribute the overall better survival in advanced ovarian cancer.[11] Furthermore, chymase induces apoptosis in different types of cells including endothelial cells involved in the angiogenesis, tryptase is known to be an angiogenic agent. Thus, mediators of MCs are able to stimulate as well as inhibit angiogenesis thru their mediators e.g. tryptase/ heparin versus protamine/platelet factor 4. Furthermore, even some of the mediators such as tryptase, tumor necrosis factor alpha (TNF-a), chymase and cathepsin G are held responsible from both actions.[12-14] Perplexingly, degradation of MC cytokines including TNF-a immediately after released was lately demonstrated. Chymase and cathepsin G were identified as the likely culprits that digest these cytokines.[15] It may not be clear what reactions occur between stimulators and inhibitors and what the proportional contribution of the respective mediators in tumor development.

Although some still postulate MCs to be enhancers of tumor development, especially through their effects on angiogenesis; increasing clinic and laboratory data also indicates that MCs could inhibit tumor growth.[1-3] Tumor-induced angiogenesis (neoangiogenesis) was found to be associated with a greater survival in various tumors and was also thought to be related with a better response to chemotherapy in advanced ovarian cancer.[11] Neoplastic angiogenesis is a more complex process than what described, and the mechanisms plus its importance are not clarified. Noticeably, most of the angiogenesis-stimulating factors e.g. the fibroblast growth factor, platelet-derived endothelial cell growth factor, transforming growth factor, vascular endothelial growth factor, etc., have been also shown to be produced by tumor itself or stromal cells rather than MCs. Nonetheless, in addition to the capability of MCs to kill tumor and endothelial cells, recent studies also found no significant association between angiogenesis and MCD in human cancers such as in ovarian/ renal cancer, even with non-small cell lung carcinomas.[6,7,16-18]

Earlier studies showed no significant difference between MC-deficient and sufficient mice for the angiogenesis.[19] In a study evaluating growth of pulmonary metastases of B16 melanoma; lung metastases were significantly decreased in controls, compared to an MC-free animal, W/Wv mice.[20] In another study carried out with B16 melanoma cells in two strains of MC-deficient mice suggested that the MC dependence of antitumor resistance.[21] In vitro, MC-mediated apoptosis of endothelial cells was also shown to be contrary to MC-induced angiogenesis hypothesis.[22] Although TNF-a, tryptase and cathepsin G are stated as the angiogenesis-stimulating factors of MC; especially TNF-a and cathepsin G are also believed to mediate MC-mediated cytotoxicity against murine tumor and target cells.[23] Furthermore, degradation of MC mediators immediately after released was lately demonstrated.[15] If MC always induces angiogenesis, how do authors explain the lack of correlation between angiogenesis and systemic MC diseases?

Neoplastic angiogenesis is a complex process, including macrophages, eosinophils, stromal, endothelial progenitor as well as tumor cells.[12-14] Moreover, some hold macrophage/ tumor/endothelial progenitor or stromal cells responsible from the neoplastic angiogenesis.[24] A significant correlation between prognosis, tumor-associated macrophages, and neoangiogenesis was shown in several reports of renal cell carcinomas.[25] It is also mediated by different kinds of mediators released from different cells including tumor as well as MCs. Essentially heparin-like molecules; interleukin-8, stem cell factor, basic fibroblast growth factor, transforming growth factor beta, angiopoietins and histamine were believed to be responsible from neovascularization.[26] In the neoplastic angiogenesis, individual angiogenic factor expression characteristics of tumors are also important, for example, caveolin-1, hypoxia-inducible factor-1a, and matrix metalloproteinase expressions by tumor cells. Such as in melanomas, for example, interleukin-3 and substance P expressions should also be considered. Substance P also is known to potentiate neoangiogenesis.[27] Furthermore; in clinical specimens of OSCC development, several studies provided data on the role of concomitant expression of stromelysin 3 in tumor tissue. Another study also suggested that stromelysin 3 expression in oral hyperplastic/dysplastic lesions is associated with progression of phenotypic alterations acquired early during the malignant transformation pathway of oral epithelium. And this study implicates its role not only in angiogenesis and invasion but also in tumorigenesis.[28,29] In addition, the importance of vascular endothelial growth factor, basic fibroblast growth factor, and platelet-derived endothelial growth factor expressions in OSCC has been recently reported.[30] Angiogenic cooperation was also reported in a tumor stroma between different mediators such as prostaglandin-F2-alpha, vascular endothelial growth factor, and thymidine phosphorylase.[4,31] As one imagines, in this chaotic environment, the MC’s genuine role on tumor-associated angiogenesis is very difficult to define. This tumor-induced inflammatory reaction, including macrophages and fibroblasts could establish a local microenvironment favoring tumor progression via angiogenesis; and some of the angiogenic factors may stimulate MC migration.[10,32] MCD, neoangiogenesis and their significance in tumor development as well as in prognosis are lately discussed by us with a different perspective.[12-14]

Like Zaidi et al., MCs have been thought by some researchers as a new target in the treatment of tumors through the selective inhibition of angiogenesis, tissue remodeling and tumor promoting molecules.[1] Anti-angiogenic strategies have recently become an important therapeutic modality for tumors.[33] Nevertheless, beside MCs, myeloid cells, monocytes and vascular leukocytes have recently been shown as new targets in the regulation of tumor-associated angiogenesis. For instance: Anti-angiogenic effect of tranilast occurs not by simply MC stabilization rather via its overall inhibiting effect on macrophage cytokine release, fibroblast, and smooth muscle proliferation.[33] In the targeted therapy age,[34] studies of the targeting MCs’ role in cancer might have direct clinical consequences and should be further elucidated via utilizing histopathological and complex biological models.[35-37] 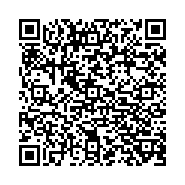