Background: Food intake is regulated by the complex interaction of psychological and physiological events associated with ingestion. Food that increases shortâterm satiety decreases the amount of energy ingested subsequently and thus could potentially help in weight management in the long run. Potato, a common starchy tuber in our environment is believed to contain substances that can help maintain and increases shortâterm satiety. Aim: This study was conducted to determine the effect of the aqueous extract of sweet potato (Ipomoea batatas [IB]) on food intake in male Wistar rats. Materials and Methods: The sweet potato tubers were chopped into small pieces and homogenized in distilled water for 30 s. Homogenate was filtered through muslin cloth and then centrifuged at 120 rpm for 20 min. For use, the residue was evaporated to dryness. The dried extract was reconstituted in freshly prepared normal saline for administration to test animals. The 20 acclimatized male Wistar rats weighing 170â180 g were used for this study. The animals were randomly assigned into four groups of five rats each. Group 1 served as the control and was fed with 0.3 ml of normal saline while Groups 2â4 were fed with IB extract. Results: The results showed that in the extractâtreated groups, the food intake was significantly reduced at P < 0.01 in a dose dependent manner when compared with the control group. Conclusion: Consumption of IB caused a reduction in food intake probably by reducing appetite and increasing satiety.

Food intake is regulated by the complex interaction of psychological and physiological events associated with ingestion. Many different factors, biological, behavioral and environmental, have an influence on appetite. Hunger is the biological drive that forces us to search for food. It determines when we eat, what we eat and how much we eat.[1] Eating stimulates the physiological processes that inhibit further eating and reduces hunger. Satiation refers to the processes involved in the termination of a meal, whereas satiety refers to the effects of food (often referred to as a preload) or a meal after eating has ended.[2] It also may affect the food consumption at the next meal.[3] Foods that are readily overeaten (i.e. have relatively little impact on satiation) are usually highly palatable and have high energy density. Most studies of carbohydrates have examined the effects on satiety, that is, how fixed amounts of carbohydrate or carbohydrate‑rich foods impact subsequent food intake.

Many studies point to the direction that dietary fiber may be associated with satiation, satiety and reduction of energy intake.[4] There are a number of reasons why dietary fiber can reduce food intake: High‑fiber foods take longer to eat; fiber decreases the energy density of food; some fibers such as guar gum and pectin slow gastric emptying; fiber may reduce the digestibility of food; there may be increased fecal loss of energy on high‑fiber diets; and fiber may affect some gastrointestinal hormones that influence food intake.[5]

The potato is a starchy tuberous crop, which is common in our environment, it is best known for its carbohydrate content (approximately 26 g in a medium potato). An average sweet potato serving of 3.5 oz (100 g) contains 140 cal.[6] A portion this size supplies 7% of our daily carbohydrate requirement (“good carbs”) and 13% of our daily fiber needs. Orange‑fleshed varieties are rich in beta‑carotene and purple‑fleshed varieties are rich in anthocyanins, both of which are popular dietary antioxidants.[7] Antioxidants are thought to reduce the harmful effects of oxidative stress and to prevent the development of chronic diseases (such as heart disease or cancer).

The predominant form of this carbohydrate is starch[8] and this starch is said to be resistant to digestion in the intestine. Protease protein inhibitor II (PI2) derived from potato is claimed to reduce appetite and food intake, stimulate the satiety hormone cholecystokinin (CCK) and lower postprandial glucose peaks when taken before a meal. The presence of PI2 in the intestine could result in an increase in the level of CCK[9] naturally released in response to a meal.[10] Following consumption of a meal, CCK, a well‑characterized gut peptide hormone is secreted into the bloodstream by endocrine cells.[11,12] This hormone then acts on various tissues including the gastrointestinal tract, where it stimulates enzyme secretion and delays gastric emptying, creating a feeling of fullness. Loxiglumide, a CCK receptor antagonist, stimulates hunger in humans.[13] CCK also acts on the brain leading to feelings of satiety.[11] Research on different nutrients, texture and form of foods and their relationship with satiety and weight management is very important.

PI2 derived from potato is claimed to reduce appetite and food intake; therefore, the purpose of this study is to determine if sweet potato could be incorporated as one of the ingestible diet in reducing in food intake so as to control excessive body weight gain. This present study was carried out to determine the effect of the aqueous extract of Ipomoea batatas (IB) on food intake in male Wistar rats.

Fresh IB (Kona B: Orange Skin, Orange Flesh) weighing between 50 and 60 g were purchased locally from the Ogbette main market, Enugu, Nigeria. The plants were subsequently identified and authenticated by a Botanist of the Botany Department of the University of Nigeria, Nsukka. The tubers were chopped into small pieces and homogenized in distilled water (0.25 g tissues/ml of water) for 30 s using a fisher scientific tissuemiser portable homogenizer (Health‑care, Lab and Life Science San Diego, California, United States). Homogenate was filtered through muslin cloth with a mesh size of 2 mm into centrifuge tubes and then centrifuged at 120 rpm for 20 min. For use, the residue was evaporated to dryness. The dried extract was reconstituted in freshly prepared normal saline (1 g of extract in 10 ml of normal saline) for administration to test animals. Extract was stored in capped tubes and refrigerated until when required for use. Plant extraction was carried out according by the method of Al salkhan et al.,[14] but with some modifications.

Ethical approval was obtained from the relevant authority before commencement of the study A total of 20 acclimatized male Wistar rats weighing 170‑180 g were used for this study. The animals were inbred healthy male rats gotten from the Animal House, University of Nigeria Enugu campus. The animals were kept in a conducive, healthy environment for the period of the experiment in clean steel‑gauzed cages. They were fed on standardized animal pellets (suppex starter fedR) and tap water ad libitum for 2 weeks for acclimatization to standard laboratory conditions before the experiment. Before the commencement of the experiment, the rats weighed averagely between 170 g and 180 g. An acute oral toxicity test was carried out before administration of the extract and it was found to be non‑toxic at 2000 mg/kg body weight. The animals were randomly assigned into four groups of five rats each. Group 1 served as the control and was fed with 0.3 ml of normal saline as placebo so all the animals will be under the same condition, Groups 2‑4 were fed with IB extract at 100‑300 mg/kg body weight respectively.

Data gotten from the study were subjected to descriptive statistics and the results presented as standard error of mean (SEM). Differences between means were separated by one‑way analysis of variance, followed by post hoc multiple comparisons (Gabriel), with the least significant threshold employed at P ≤ 0.05. Data analysis was carried out using the statistical software package SPSS for windows version 17.0 (SPSS Inc., Chicago, IL, USA).

Table 1: The effect of IB extract on food intake in the control and treated groups

Significance of appetite control in weight management cannot be overemphasized; appetite control plays a vital role between energy consumption and energy expenditure.[15] Sustained increases in energy intake can lead to increased body weight and an accompanying increase in energy expenditure. The assumption is that food that increases short‑term satiety decreases the amount of energy ingested subsequently and thus could potentially help in weight management in the long run. In the present study, it was observed that in the extract‑treated groups that there was a reduction in energy intake. The food intake was significantly reduced at P < 0.01 when compared with the control group in a dose dependent manner though not significantly. These findings are consistent with the report of Little et al.[16] who observed that the oral administration of a PI2 has been shown to stimulate CCK release and reduce caloric intake. It was also observed in this study that the food intake reduced significantly over the weeks. These also support the report by Hill et al.[17] that consumption of PI2 before a meal has been shown to reduce energy intake in healthy subjects.

The present study has shown that the aqueous extract of IB was found to reduce food intake probably through appetite regulating mechanism. Therefore, it could be recommended that consumption of sweet potato could be incorporated as an ingestible diet in reducing excessive food intake. Further study should be done on the effect of the reduced food intake on the body weight. 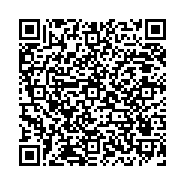