Throughout their lives, females are influenced greatly by their hormones. The menopausal condition is characterized by a permanent cessation of menstrual flow as a result of a deficiency in ovarian follicular activity. Clinical findings predict that menopause happens after twelve consecutive months of amenorrhea and no other pathologic or physiological cause can be identified [1]. Menopause causes women to experience physical and psychological symptoms such as hot flashes, jitters, depression, sleeplessness, and tiredness. These are the main findings that are reported about the consequences of menopause [2]. It has been determined that epigenetic age has a significant influence on menopause by numerous studies. Earlier menopause correlates with a raised epigenetic age due to higher levels of DNA methylation than expected [3]. The onset of menopause may be affected by irregularities in the gonadal system, due to resynchronization and the absence of signs of environmental circadian signaling. Unnatural light sources at night suppress and alter the release of pineal melatonin during the day. Circadian rhythm deterioration is suspected to negatively impact fertility and ovulation. Researchers have demonstrated that melatonin protects the entire follicle, and proof of the significance of synchronized endocrinal signals and expression of CCG (Clock Control Genes) among central and peripheral points on the activity of the ovary [4]. Studies showed that night shift workers may face earlier menopause compared to counterparts whose works are not night due to the reason for night work linked to deterioration of circadian rhythm. GnRH and LH are affected by daily neural stimulants and aging-related impairments in their normal activity may cause menstrual irregularities or amenorrhea. A key symptom of menopause is sleep disruption, which is caused by deviations from the normal awake-sleep circadian model. Different studies have documented poor sleep quality as being a common problem in middle age and women going through menopause, it has been linked with disorders such as anxiety, depression, sleep apnea, and sexual dysfunction. According to a Hispanic cohort study of multinational women from Latin America, more than 50% of the participants were documented as complaining about the sleep problems that had been investigated as were linked with advanced age, conditions faced after the menopause, intensiveness of vasomotor indications, and specific somatic diseases such as chronic obstructive lung disease, obesity, high blood pressure, and diabetes. As a result of this information, it can be concluded that women who are in the stage of post-menopause have more difficulty sleeping than those who are in the stage of pre-menopause. Melatonin from the epiphysis cerebra (pineal gland), whose circadian rhythm synchronizes with the time of sleep within a day, is the underlying mechanism behind these symptoms. During menopause, melatonin levels decrease and menopausal women suffer from reduced sleep quality due to a decrease in melatonin production [5]. The intrinsic circadian period of men is considered to be longer than that of women. Even though circadian rhythms are already defined as being consistent in genetics, these rhythms can be altered by exposure to environmental factors and chemical substances. The findings of women’s shorter circadian period than men’s can be associated with women’s excessive estrogen rates. A significant decrease in the period was observed in blind hamsters whose ovaries were removed when they were continuously administered estradiol benzoate. The shortening of the female circadian period is caused by an overproduction of estrogen [6].

Several studies have validated the importance of genetic factors in the circadian system. Additionally, various circadian rhythm patterns can be revealed by the existence of Single Nucleotide Polymorphisms (SNP). Different studies have concluded that postmenopausal women's circadian system deteriorates and their sleep abnormalities increase when compared with women who are not in the postmenopausal stage [5]. Se Truong and colleagues have examined the association between circadian gene polymorphisms and breast cancer in postmenopausal women. They also reported a significant association between the CLOCK gene polymorphism and breast cancer in postmenopausal women. Additionally, no relation was found between this polymorphism and premenopausal women [7]. Zienolddiny and colleagues concluded that women working night shifts and having the BMAL1 rs2290035 and rs969485 SNPs have an increased risk of breast cancer. Further, on night-shift workers, the CLOCK rs111133373 SNP has been implicated in an increased risk of breast cancer [8]. Melatonin is evaluated as the cornerstone of the circadian rhythm. Impairment in the secretion of melatonin in women who are in the stage of menopause causes alterations in metabolism and the occurrence of different sleep-related diseases. The association between the 3111T/C polymorphism on the CLOCK gene and the circadian rhythm of melatonin releasing in menopausal women was analyzed by Semenov and colleagues. The TT genotype and T allele of the 3111T/C polymorphism on the CLOCK gene is found in high frequency in women who suffer from sleeplessness. Furthermore, the serious rise in the melatonin hormone rate in the early morning hours analyzed in the women who are carriers of this polymorphism led to the T allele to be indicated as having an important impact on melatonin circadian rhythm disarrangement. The generation of sleeplessness in women who are in the stage of menopause and carrying this allele is related to inconsistency with environmental alterations [9]. CLOCK gene polymorphisms are associated with 1411 diseases [10] including delayed sleep phase disorder and major depressive disorder. In some populations, obesity, metabolic syndrome, and behavioral changes have been reported as a result of CLOCK gene polymorphisms [11]. Sleep reduction, adipocytokine concentration, Body Mass Index (BMI), and energy intake have been associated with the Single Nucleotide Polymorphisms (SNPs) in the CLOCK gene. Reduction of sleep time in carriers of the T allele of the rs68533192 was concluded by Riestra and colleagues. Moreover, the CLOCK variant of rs11726609 was demonstrated as related to increased BMI; while rs6820823 and rs3792603 variants were reported to correlate to reduce BMI [12]. ARNTL gene polymorphisms are associated with over 140 diseases [13] including advanced sleep phase disorder, delayed sleep phase disorder and so on [14]. The association of ARNTL gene SNPs with Seasonal Affective Disorder (SAD) and Bipolar Disorder (BD) has been documented by numerous publications [15]. According to Min and colleagues’, major distinctions were found between samples of control and bipolar disorder patients in the ARNTL variants of rs10832022 and rs11022765 [16].

On the basis, the circadian clock is a rhythmical transcription and Translation Feedback Loop (TTFL) [17]. This hierarchical system is very complicated, and it is managed by clock genes via a master circadian pacemaker placed in the SCN in the hypothalamus [5]. The TTFL is governed by four clock proteins: two transcription initiators and two transcription repressors respectively CLOCK, BMAL, PER, and CRY. Furthermore, in the localization and stabilization of these four proteins; both kinases (CKIα, CKIε, and CKIδ) and phosphatases (PP1, and PP5) take part. The proteins which are produced by bmal1 and clock, lead to heterodimer structure to be made by these proteins. After the heterodimer structure is made by CLOCK and BMAL1, they bind to the promoter region of two transcription repressor genes which are PER and CRY [17]. The transcription depressors are relocated into the nucleus and interact with initiators. The levels of depressor proteins are decreased by utilizing the ubiquitin-dependent pathways. Consequently, the depression of BMAL1: CLOCK is diminished then a new cycle is initiated within 24 hours. The intrinsic interval of a clock is determined by casein kinases CKIδ and CKIε; and it is controlled by the degradation or insertion of PER:CRY heterodimers into the nucleus. The activity of the PER:CRY complex is either antagonized or modulated by phosphatases PP1 and PP5, respectively. Intrinsic processes of the clock are determined by PER:CRY values, while nuclear reduction or insertion and casein kinases are also involved [18]. Furthermore, the second loop consists of the transcription of orphan nuclear receptor genes REVERBα, REVERBβ, and RORα, RORβ. The competition is made between REVERB and ROR receptor genes to be able to bind to the Retinoic acid-Related Orphan Receptor Response Element (RORE) whose binding sites are situated in the promoter region of the BMAL1 gene [19]. These receptors take a part in the inhibition and initiation of transcription respectively. In other words, REVERBβ or REVERBα act to repress the transcription, while RORα or RORβ act to initiate transcription.

Core clock genes determine the classic circadian regulation. The control of circadian transcription is implicated by epigenetic and genetic factors. All studies about human behavioral features and diseases cannot be explained by TTFL: epigenetic processes are therefore regarded as crucial mediators of environmental factors that modulate rhythmic gene expression. A molecular clock controls transcription loops in the fiber of chromatin. Circadian rhythms cannot be regulated without chromatin modifications, and this is unquestionably demonstrated conceptually. The maintenance of transcription is provided by controlling the chromatin and genome structure coordinately. The chromatin is the packed version of the nucleosome in which genetic information is carried. Histone Post Translational Modifications (PTMs) determine the conditions of chromatin. The occurrence of the changes in circadian rhythm is based on histone modification. Epigenetics controls the fine adjustment of the circadian clock and histone modifications are indicated as a complementary component to the TTFL. Light-induced phosphorylation of histone H3 at Serine 10 (H3S10) in the clock core has been identified as the first indication of circadian rhythm regulation by epigenetic mechanisms. The oscillations of gene expression are regulated by transcriptions of circadian rhythms and chromatin alterations. By the connection of Histone Acetyl Transferase (HAT) p300 and intrinsically clock histone acetyltransferase action rhythmical acetylation of histone (H3K14,H3K9) was established on promoter areas of Clock Control Genes (CCGs). Secondly, the acetylation of histones and non-histone was deactivated by deacetylase sirtuin 1 (SIRT1), which is an NAD +dependent enzyme. CLOCK utilizes histone acetylation and deacetylation to control its circadian rhythm. The histone H3 acetylation at PER and CRY promoters are governed by the working of HAT p300 and CLOCK:BMAL1 heterodimer structure for affecting their expression. Furthermore, CLOCK activates the HAT, and acetylated BMAL1 recruits CRY1 to the CLOCK:BMAL1 structure to repress transcription. Acetylation of histone H3 was reported in the promoter region of PER1, PER2, and CRY1, and has reached its maximum along with active transcription. The levels of histone acetylation are controlled by HAT and histone-deacetylase (HDACs).

The reflectiveness of chronological age on DNA methylation levels has been illustrated in a several articles examining epigenetic biomarkers of aging based on methylation levels. Circadian rhythm contributes to metabolic and physiological functions. Sleep disorders, depression, and mood disorders occur when the circadian rhythm malfunctions. This review will serve as a foundation for future studies and shed light on the matter. 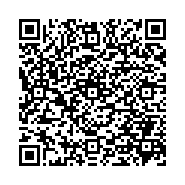