Background: Mild cognitive impairment is a recently described neuropsychiatric entity with the possibility of evolving into overt dementia. It has been found to respond to therapeutic intervention, thus halting or significantly retarding the progression to dementia. ResourceâÂÂÂÂpoor countries like Nigeria can hardly afford to provide optimal care for dementia patients. Knowledge about mild cognitive impairment in Nigeria is limited. An appreciation of the probable burden may help stimulate and galvanize appropriate public health policies in response. Aim: This crossâÂÂÂÂsectional, descriptive study sought to determine the frequency of subclinical mental state abnormalities in a cohort of apparently normal adult Nigerians. Subjects and Methods: One hundred and thirtyâÂÂÂÂfive apparently normal adult Nigerians of both sexes seen at the University of Nigeria Teaching Hospital, Enugu, were interviewed. The Mini Mental State Examination (MMSE) of Folstein, Folstein, and McHugh was used to assess cognitive function in each subject at a single instance. The results obtained were analyzed using SPSS version 11.3 (Chicago, IL). Consent was obtained from each person and approval obtained from the hospital’s ethics review board. Results: A cutâÂÂÂÂoff score of ≥17 was obtained for normal cognitive function in this population using the MMSE. Minimum score obtained was 12, while the maximum score was 30. A mean (2SD) of 24.84 (7.94) was obtained on analysis of the overall MMSE scores of the 135 individuals. Cognitive impairment was identified in 5.93% (8/135) of the subjects examined. These persons thus represent otherwise normal functional individuals with unrecognized mild cognitive impairment who may be at risk of developing overt dementia in future. Conclusion: The concept of mild cognitive impairment needs further largeâÂÂÂÂscale studies in Nigerians with possible multiâÂÂÂÂcentre participation to fully elucidate the scope of the problem. Strategies for the appropriate management of dementia need to be strengthened.

The loss of cognitive functions in a person with disruption of the ability to perform daily living activities in the presence of unaltered consciousness is widely accepted to mean dementia. This condition is associated with poor performance scores in various neuropsychological tests.

Recently, the concept of mild cognitive impairment (MCI) was developed to describe the situation of abnormal scores on objective cognitive assessment with intact ability to maintain activities of daily living.[1] Such individuals may complain of memory problems, but still manage to independently accomplish all their customary tasks. Usually, their ability to function well is based on compensation for these difficulties, such as increased reliance on a calendar or on reminder notes, lists, etc. In some cases, these memory difficulties are a sign that worsening memory loss is on the horizon.

Initially thought of as an innocuous finding, MCI has been demonstrated to confer a significantly high risk of morbidity and mortality. MCI is associated with a higher than normal risk of developing dementia in the future. Most commonly, the type of dementia that patients with MCI are at risk to develop is Alzheimer’s disease, though other dementias, such as vascular dementia or fronto-temporal dementia, may occur as well. However, it is also clear that some patients with MCI never develop dementia.

Certain features are associated with a higher likelihood of progression. These include confirmation of memory difficulties by a knowledgeable informant (such as a spouse, child, or close friend), poor performance on objective memory testing, and any changes in the ability to perform daily tasks, such as hobbies or finances, handling emergencies, or attending to one’s personal hygiene. Several studies have suggested that certain measurements of atrophy or decreased metabolism on images of the brain [positron emission tomography (PET) or magnetic resonance imaging (MRI) scans] increase the chances of developing dementia in the future.[2]

In persons with MCI, the rate of progression to clinically diagnosable Alzheimer’s disease is 10-15% per year in contrast to a rate of 1-2% per year among normal elderly persons.[3,4] Researchers have found that up to 40% and even as many as 65% of people with MCI will progress to Alzheimer’s disease or a related progressive dementia.[5,6] The changeover is more for those with disorientation, anomia, or problems making decisions.[7,8]

The Mini Mental State Examination (MMSE) as described by Folstein, Folstein, and McHugh in 1975 correlates well with sophisticated neuropsychological test batteries and differentiates MCI from normal elderly or dementia.[9-13] As originally described in Caucasians, a score of < 24 out of a maximum of 30 in the MMSE defines abnormal cognitive function.

However, there is the need to determine if such a similar score is applicable to the Nigerian African population in view of the different socio-cultural environment.

One hundred and thirty five apparently normal adult Nigerians of both sexes seen at the University of Nigeria Teaching Hospital Enugu were interviewed. These people consisted of relations and caregivers of patients as well as workers in the hospital who accepted to be part of the study. They considered themselves healthy and free of any medical condition. The Mini Mental State Examination (MMSE) of Folstein, Folstein and McHugh was used to assess cognitive function in each subject at a single instance. The results obtained were analyzed using SPSS version 11.3 (Chicago, IL) . Consent was obtained from each person and approval obtained from the hospital’s ethics review board.

One hundred and thirty-five apparently healthy adult Nigerians were selected using a table of random numbers from relations who accompanied patients to the Neurology Clinic of the Department of Medicine, University of Nigeria Teaching Hospital, Enugu. The study period was from January to April 2004.

These individuals were initially interviewed and their consent was obtained individually. Each person was determined to have no obvious clinical features of neurological disease including depression. All had been normally functional in their daily lives and had no exposure to psychoactive drugs. The subjects were subsequently assessed using the MMSE.

Table 3: Performance in various cognitive domains of the MMSE

MCI is also called “cognitive impairment, no dementia” (CIND).[14] The major distinction between it and dementia is the ability of the patient with MCI to perform activities of daily living despite abnormality in one or more cognitive functions. Its significance lies in the fact that individuals with MCI have a higher than normal risk of developing dementia, especially Alzheimer’s disease, though other types of dementia may occur.[15]

In the United States, MCI has been reported to occur in as much as 20-22% of 71 year olds.[14,16] About 8 million Americans are said to be affected.[5] The frequency of 5.2% recorded in this study is the first to be reported from the southeast of Nigeria. The author is unaware of any prevalence study from any other region of Nigeria.

The mean age in this study of about 34 years is remarkably lower than the age of study subjects.[14,16] The implications of relatively young and productive individuals coming down with dementia portend a likely huge burden on Nigeria’s fragile health care services. No gender difference has been found in MCI.[17]

The MMSE can be used to determine MCI in Nigerians, but this study has suggested a new cut-off score of 17 for normal cognition for our population. It is well recognized that the MMSE can be affected by age, education, and cultural background.[18] This study also demonstrates that careful assessment of language expression (naming) and calculation/ attention may be more sensitive and discriminating for MCI in Nigerians, a finding from researches in other populations overseas.[7,8]

The diagnosis of MCI entails reassuring the individual that he/she does not have dementia but will require periodic evaluation to monitor progression. There is currently no specific treatment available for MCI, but studies are ongoing to determine the usefulness of cholinesterase inhibitors and vitamin E in retarding the progression.[15]

About 5.2% of adult Nigerians living in the southeast zone of the country have MCI as assessed with the MMSE. The latter has a lower cut-off score of 17 for normal cognition for this population. Abnormalities suggesting MCI are best demonstrated in the domains of language expression (naming) and calculation/attention. Public health institutions need to be strengthened to cope with a possible increase in cases of dementia in the future. 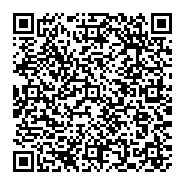