Background: With the worldâÂÂwide availability of ultrasound services even in the developing countries, routine ultrasonography in pregnancy remains a controversial issue. However, in this era of reproductive health right and evidenceâÂÂbased medicine, the views of women need to be ascertained. Aims: The aim is to assess the attitude of antenatal women toward sonography in pregnancy. Subjects and Methods: A descriptive selfâÂÂadministered questionnaireâÂÂbased crossâÂÂsectional study using 208 women that booked for antenatal care from January 1, 2009 to June 30, 2009 at the University of Nigeria Teaching Hospital, Enugu. Results: The number of respondents who had ultrasonography in their previous pregnancies was 58.7% (122/208). Although many reasons were given for personal ultrasound requests, 19.7% (24/122) of the women who had obstetric scan in their previous pregnancies thought it was a normal booking test done for every pregnant woman. When compared with other booking investigations, 60.1% (125/208), mainly civil servants .expressed the views that ultrasound in pregnancy is costly, while 24.4% (59/208) felt it is cheap, 9.1% (19/208) said it is very costly, while the remaining 2.4% (5/208) thought it is not affordable. Apart from visualizing the images of their babies, 17.8% (37/208) of the cases wanted to know the sexes of their babies while 15.4% (32/208) was for determination of fetal position. Out of 110, 52.9% (110/208) were of the opinion that women can decide when to request for sonography. Conclusion: The attitude of Nigerian women to sonography is good. Majority of them request ultrasound for fetal observation and gender determination.

The introduction of ultrasound in obstetrics by Prof. Donald in 1958[1] revolutionized the process of fetal monitoring and diagnosis in prenatal care. Prenatal ultrasound is unique because of the direct access, it gives parents to images of the fetus.[2] At present, ultrasound has become an indispensable part of modern antenatal care (ANC) in both developing and industrialized countries.[3] Ultrasound is safe, portable, less expensive than other imaging modalities, noninvasive, and has a real‑time imaging capability that is essential in obstetrics.[4] The recent advances in methods of prenatal diagnosis, particularly prenatal ultrasound has resulted in a better understanding of certain congenital anomalies and consequently, the improvement in surgical and medical procedures to treat birth defects earlier with improved outcomes.[5]

The benefits of diagnostic ultrasound in both developed and poor resource settings are well‑known and undisputed.[6] In South Africa,[7] a community‑based ultrasound service significantly reduced referral to a regional center for fetal surveillance.

With increased awareness about the benefits of ultrasound, there are increased requests for examinations by both the clinicians and patients. In some situation, women want sonograms for reasons that may not be of immediate value to the clinician in the decision‑making process.[8] The result is a waste of scarce resources especially in developing countries where high cost of services often acts as a disincentive to utilization of maternity services.[9] Harris and Marks[10] observed that the use of ultrasound in pregnancy could be cost effective if sonograms are employed for high‑risk group or specific indications.

During sonograms, women in developing countries request for determination of the sex of the baby, expected date of delivery, the position of the baby, and the reassurance that the baby is in good health. Often, the expectations from these examinations are high without appropriate regards to the technological limitations[11‑14] due to poor counseling

This descriptive cross‑sectional survey assessed the attitude of antenatal women toward sonogram.

This was done using descriptive statistics with the aid of Statistical Package for Social Science (SPSS) for windows version 12.0. 1, SPSS version 17 (Chicago IL, USA). Chi‑squared test was used to examine the significant association between variables. Statistical significance was set at level ≤ 0.05.

Permission was obtained from the ethical committee of the University Teaching Hospital, Enugu. Consent was also obtained from each study participant. They were assured of confidentiality and their right to decline participation without any form of danger, malice, or prejudice.

The questionnaires were administered to 208 consecutive antenatal attendees. The age distribution ranged from 16 to 43 years. The mean age (standard deviation) was 22.4 (3.2) years.

Compared with other booking investigations as shown in Table 3, 60.1% thought that ultrasonography in pregnancy is costly, 28.4% (59/208) felt that the obstetric scan is cheap while 9.1% (19/208) and 2.4% (5/208), respectively, considered obstetric scan very costly and not affordable. Sixty percent of those who thought it was not affordable were civil servants while 40% (were traders).

Table 3: Their views on the cost of obstetric scan when compared with other booking investigations

One hundred and ten (52.9%) patients expressed the view that women should have the right to request for sonography anytime while 47.1% (98/208) were of the contrary opinion. Of the women who believed it is their right to request for sonography, 79% (87/110) were degree holders, 19.1% (21/110) attended secondary school while the remaining 1.8% (2/110) had first school leaving certificate [Table 4]. The level of education significantly influenced the decision for personal ultrasound requests (P = 0.001).

Table 4: Contingency table showing their educational attainment and their response on personal request for ultrasound

This study revealed that most of the respondents were civil servants and degree holders. This is most likely due to the status of Enugu being a state capital. Majority of the respondents 53.3% (111/208) booked in the second trimester. In Tanzania,[15] no interviewees attended for the first ANC visit before 12 weeks. Other studies have also shown a characteristic pattern of late booking for ANC in developing countries[16,17] which precludes accurate determination of gestational age.[18]

Fifty‑eight percent (122/208) had sonography in their previous pregnancies. This could be, as a result of increased awareness, wide availability of ultrasound facilities, and the personnel to deliver the services. The figure 58% (122/208) recorded in this study was comparable to the number of women that had sonography in their previous pregnancies in a similar study by Enakpene et al. in Ibadan, South West of Nigeria.[19] The previous ultrasound scans were mainly to determine the position of the baby. The women were probably apprehensive about the consequences of malpresentation at delivery. Interestingly, a large number of these women 73.1% (152/208) in this study felt it was a routine test done for every pregnant woman. This agrees with the findings which showed that most women received little information from health professionals about the indications, capabilities, and limitations of the scan and had expectations that exceeded the purpose and ability of the examination.[15,20]

In the study, 17.8% had ultrasonography to determine the gender of their babies even though the limitations of such gender determination have been established.[20] The figure recorded in this study was a little less than that observed by Enakpene et al. in Ibadan.[19] This shows that there is still much emphasis placed on the sex of the child in our environment. However, this contrasts with a report from Sokoto in Northern Nigeria[21] where women were indifferent about gender of their babies, preferring to be “satisfied with anyone that comes”. The desire to know the gender of the fetus before delivery has been cited as one of the drawbacks of ultrasound as this has resulted in sex selective abortions especially in a society with strong male preference.[15,22]

There is a need for caution when telling women the sex of their babies since there are always false positives and false negatives.[23] Chigbu et al.[24] noted that women who received an incorrect determination of fetal sex by ultrasound experienced marital conflicts, domestic violence, negative perceptions of ultrasound, and difficulty with the upbringing of the newborn.

The most common reason for requesting for ultrasonography by the patients were fetal observation 56 (26.9%). In Tanzania and Australia, the emotional reassurance of seeing the baby and confirming viability were common reasons for desiring scans.[15,25]

The gravidity of the respondents did not influence much their desire for obstetric scan to be included in the routine booking investigations. This is contrary to other reports.[19,23]

Out of 125, 60.1% (125/208) patients in this study expressed the views that ultrasonography is expensive. This was not surprising as 30.3% of the patients were civil servants and 25.5% were either students or unemployed. This was, however, contrary to the findings in Borno, Northern Nigeria,[25] where 72.7% of the respondents expressed the view that ultrasonography was not expensive due to the fact that they were largely dependent on their spouses or government for payment for the services.

The study examined the attitude of expectant mothers who could access antenatal services at the tertiary institution and, therefore, cannot be generalized. In addition, cross‑study comparisons may be misleading due to the absence of a standardized questionnaire for this type of study.

The study shows that the attitude of Nigerian women to sonography is good. The notion that ultrasonography is expensive could be dispelled by adequate explanations of the benefits in modern obstetric care. 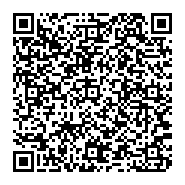