Awareness and Attitudes toward Organ Donation in Rural Puducherry, India

Organ transplantation is the most preferred treatment for many of the end-stage organ diseases as it offers a better quality of life and has a better long-term survival benefits.[1] However, the primary hindrance to the organ transplantation program worldwide is the shortage of donor organs.[2] There is an increasing discrepancy between the number of patients on the waiting list for organ transplantation and the available number of deceased donor organs. India is currently having a deceased donation rate of 0.05–0.08/million population compared to rates of more than 20/million in Spain, US, and France.[3] Because of this low donation rate, patients requiring transplantation wait for a long time. Patients with end-stage renal disease can be maintained on dialysis till they get the donor organ. However, patients requiring heart, lung, and liver cannot be maintained for an extended time on mechanical devices. Therefore, there is a great need for increasing organ donation and harnessing of donor organs. Although the public is accustomed to blood donation, there is largely a hesitation about organ donation. For the success of the organ donation program, positive attitude of the public toward organ donation and the consent by relatives for organ donation in the event of brain death are required.

In India, due to the imbalance between availability and demand, kidneys were harvested from the poor Indians by exploiting their poverty. To ban this illegal sale of organs, in the year 1994, the Government of India passed “the transplantation of human organs act.”[4] Under this act, donation of organs by deceased persons was made legal; and the transplantation between unrelated live individuals was made illegal. Nevertheless, due to lack of knowledge about the legal and procedural details of organ donation, kidneys are sold in the black, and frequently, the police uncover these illegal kidney transplant rackets.[5] Thus, there is a great need for increasing awareness about the importance of organ donation and the legal provisions related to it. An assessment of awareness and attitude toward organ donation would help to plan sensitization programs and to propagate knowledge at the community level. A study in Andhra Pradesh (a Southern state in India) reported that only 30% were aware of eye donation.[6] However, in India, there is a lack of studies on awareness and attitude of the people about solid organ donation, especially in the rural areas. The aim of this study is to assess the awareness regarding organ donation among the rural population and to assess their attitudes toward organ donation.

This is a community-based cross-sectional study conducted in the rural service area of Jawaharlal Institute of Postgraduate Medical Education and Research, Puducherry that includes four villages (Ramanathapuram, Thondamanatham, Thuthipet, and Pillayarkuppam). Data collection was done in January 2014. All persons aged above 18 years were included in the study.

A structured questionnaire was used to collect sociodemographic variables such as age, gender, religion, marital status, education, occupation, and income. Modified Prasad’s classification was used to categorize the socioeconomic status of the study population. The questionnaire was translated into the local language and translated back into English to ensure reliability and validity. Pretesting was done on 25 individuals, and the questionnaire was modified accordingly. The sample size was calculated using the formula 4 pq/d2 was 336 based on an estimated awareness (p) of 30% from the previous study and an absolute precision (d) of 5%. After accounting for 10% nonresponse rate, the final sample size was estimated as 360.

A continuous variable like age is expressed as mean and standard deviation (SD) as it was normally distributed. Categorical variables such as gender, socioeconomic status, educational status, and awareness on organ donation are expressed as proportions. The data were entered into Microsoft Excel 2007 and analyzed using Statistical Package for Social Sciences. version 20, 2011 (IBM Inc, Armonk, New York, USA). Chi-square test of independence was used to test the difference in proportion keeping the level of significance at 5%.

Table 1: Sociodemographic characteristics and awareness about organ donation in the study population Figure 1: Source of information* about organ donation among those who were aware about it (n = 317). *Multiple responses

Awareness regarding the eligibility and time of organ donation About one-fifth of the participants (61/317) felt that organ donation is associated with some risk to the donor. The most common perceived risk was weakness 48% (29/61), followed by failure of the other paired organ 39% (24/61).

We aimed to assess the attitude and awareness regarding organ donation in a selected adult population in Puducherry, South India. The analysis of collected data yielded interesting findings. Majority of the study participants have heard about organ donation. Media was the major source of information about organ donation, similar to the earlier studies done in Bengaluru[7] and Kerala.[8] In 2008, a doctor couple from the neighboring city of Chennai in Tamil Nadu, situated 145 km from Puducherry, donated the heart, liver, and kidneys and eyes of their teenage son who had died in a road traffic accident. The donated organs saved the lives of six other persons from various states of India. This generous act was widely publicized in the print and visual media. Following this incident, the concept of “organ donation” became familiar among the general public in this part of the country. [9] This may be a reason for the high level of awareness about organ donation in this study. However, we observed that the awareness was not uniform across the study population. Awareness was highest among those belonging to higher socioeconomic status and the students, and lowest among the uneducated and unemployed. These findings are in contrast to a study in Ernakulam where income and occupation had no influence on the level of awareness.[10]

The fact that organs have to be harvested immediately after death is known to most of the participants. This will prevent them from wasting precious time to harvest organs in case of death of a donor. Another encouraging finding is that 72% of the participants were willing to donate their organs and were ready to sign the donor card. This is much higher than the 30% willingness reported from a similar survey in Nigeria.[11] Willingness to donate eyes was much higher than the willingness to donate other solid organs. This may be because the participants knew someone who had done eye donation, but there was no case of other solid organ donation from these villages before this study period. This unfamiliarity might be a cause for the differential willingness between eye and other solid organ donation.

The medical students in Bengaluru city[7] and the office goers in urban New Delhi,[12] have responded that religious beliefs were the least common reason for refusal to organ donation. Our study also shows that religious beliefs of the people did not hinder their decision to donate organs. However, the objection by family members was the most common reason that prevents them from donating organs. This underlines the importance of involving family members in decision-making regarding organ donation. The majority of participants were aware that organs could not be donated for monetary benefit and it should be done only on humanitarian basis to someone in need of organs. This awareness about the legal provisions of organ donation will prevent them from getting exploited by the illegal organ trade. However, the awareness regarding cadaveric kidney donation was very low which is a matter of concern.

At the end of the survey, information regarding the procedure for organ donation was provided to all the participants. Those participants who were willing to donate organs were guided to the nearest health facility. The information in this study was obtained through face-to-face interview using a questionnaire. Hence, there is a possibility of respondent bias while collecting data. The strength of the study is that this is a community-based study and one of the few studies in India that have assessed the awareness and attitudes regarding organ donation among the people in rural community. 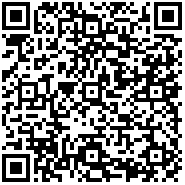