Background: Inflammatory Bowel Diseases (IBD) is a group of diseases of unexplained etiology, characterized by periods of remissions and exacerbations. Reactive Oxygen Species (ROS) as far as disorders of balance between levels of prooxidants and antioxidants may also participate in upraise of IBD. The aim of our study was an assessment of the antioxidative barrier of the organism in patients with inflammatory bowel disease.

Discussion: The assumption that increased activity of antioxidative compounds may constitute a defense against the influence of oxidative stress may be true. Their decreased activity may participate in lowering organism abilities to defend against oxidative stress and cause the development of free radical diseases. Further studies as far as targeted preventive strategies are needed.

Inflammatory Bowel Diseases (IBD) is a group of diseases of unexplained etiology, characterized by periods of remissions and exacerbations. Two main diseases characterized by diverse etiopathology belong to the group above: Ulcerative Colitis (CU) and Crohn Disease (CD). Main causes are genetical, improper diet, improper reaction of the immune system to enteric bacteria or drugs [1].

Reactive Oxygen Species (ROS) as far as disorders of balance between levels of prooxidants and antioxidants may also be a cause of IBD. Prevalence of the oxidative reaction causes the development of processes described as oxidative stress [2]. The result of the reaction above is a change in the protein structure and function, oxidation of cell membranes and DNA damages [3]. The result of oxidative stress is lipid peroxidation [4]. It is a process of oxidation of the unsaturated fatty acids, constituting elements of phospholipids. Lipids peroxidation causes the emergence of their peroxides. The main product of lipids peroxidation is Malondialdehyde (MDA).

MDA concentration increases if production ROS increases, thus cell membrane permeability changes [5]. Colonization of large intestine is caused by the huge amount of bacteria stimulating the GALT (Gut Associated Lymphoid Tissue) system. The main task of GALT system is discrimination between symbionts and pathologic bacteria. Normal conditions are described as a balance between intestinal microflora and GALT functioning. Normal functioning of GALT depends on tightness of the intercellular junctions and the mucus layer. Hydrogen peroxide, produced by colonocytes, contributes to intercellular junction damages [6]. It causes permeation of bacteria to lamina propria, production of proinflammatory cytokines and stimulation of T cells [7].

Increased amount of T cells, B lymphocytes, monocytes, mast cells and macrophages within intestinal mucosa is observed in the course of IBD. The number of Poly Morpho Nuclear leukocytes (PMN) in lamina propria also increases. Especially neutrophiles, releasing significant amounts of proteases, contribute to intercellular junction unsealing. It leads to accumulation of the aforementioned cells and penetrating the intestinal mucosa. PNMs, T cells, and B lymphocytes produce ROS (such as superoxide anion, hydroxyl radical, etc.) to destroy bacteria [8].

A number of enzymes take part in the process of ROS production. Super Oxide Dismutase (SOD-1) in the reaction of dismutation of superoxide anion leads to the production of hydrogen peroxide, which is next decomposed through catalase [9]. Glutathione Pero Xidase (GPX) takes part in the neutralization of hydrogen peroxide, but GPX need reduced glutathione (GSH) for action [10].

GSH as cosubstrate takes part in reactions of hydrogen peroxides and lipid peroxides [11]. Forementioned reactions result in the production of glutathione disulfide (GSSG), reduced by Nicotinamide Adenine Dinucleotide Phosphate (NADPH) during reaction catalyzed by Glutathione Reductase (GR). The main role of GR is keeping reduced sulfhydryl groups of proteins with the participation of glutathione transhydrogenase. GR also participates in the removal of noxious substances from cells (xenobiotics and their metabolites, products of lipids peroxidation, etc.) through enzymatic reactions or catalyzed by glutathione S-transferase [4].

Also worthy of note is Cerulo Plasmin (CP)–copper binding protein. CP contributes to decreasing of copper concentration in serum and prevents participating of copper in free-radical reactions [12]. Inflammatory bowel disease constitutes a group of diseases of barely known etiology. One of the possible causes may constitute free radical reactions increasing oxidative stress. Thus we try to describe antioxidant abilities of the organism in the course of the aforementioned diseases. The aim of our study was an assessment of the antioxidative barrier of the organism in patients with inflammatory bowel disease.

The study group consisted of 80 patients of clinic of Jan Biziel University hospital in Bydgoszcz, Poland. Study group consisted of 80 patients with IBD (mean age 32, 66 ± 17, 4 years). Reference group consisted of 19 healthy people mean age 22.24 ± 3.64 years, with no health conditions (fever, contagious diseases, blood clots, pregnancy, kidney and liver conditions, cancer, inflammations and hypertension were excluded as a contraindication during general medical examination). Every person was fasted till the last blood sample collection. Study was conducted in accordance with the declaration of helsinki and the guidelines for Good Clinical Practice (GCP). Freely given written informed consent was obtained from every participant before the study. Approval was granted by a Ludwik Rydygier Collegium Medicum in Bydgoszcz, Nicolaus Copernicus University, Toruń, Poland ethics review board KB 551/2013

The material for biochemical analysis was venous blood collected in an amount of approx. 8 ml of the antecubital vein into lithium heparin tubes and tubes without anticoagulant. Blood samples were collected at 8.00 A.M. Then, collected material was transported to the department of biochemistry of Nicolaus Copernicus University Collegium Medicum in Bydgoszcz. Tests were carried out on the same day, within approximately 1 hour of material collection. In the experiment, activity of following biochemical markers of oxidative homeostasis was assessed: oxidase Ceruloplasmin (CP), Glutathione (GSH), Glutathione Reductase (GR) Malondialdehyde (MDA), Glutathione Peroxidase (GPX), glutathione S-transferase (GST) and superoxide dismutase (SOD-1). He was assayed using impeller-based method. From the blood drawn into tubes without anticoagulant (approximately 3 ml) serum was obtained by centrifugation of the material over 5 minutes at 5000 × g, and then it was transferred to Eppendorf tubes and frozen at -80°C. The prepared serum was stored to determine the activity of the oxidase Ceruloplasmin (Cp). Before preparing the hemolysate, 500 μl bloods was collected to determine the levels of GSH in the erythrocytes. The remaining aliquot of blood (approx. 5 ml) was centrifuged to obtain plasma, wherein the concentration of nitrate/nitrite (NO2-/NO3-) was determined. The remaining cells were used for the preparation of the hemolysate, wherein the dialdehyde malonic concentration (MDA) and the activity of the enzymes: Glutathione Peroxidase (GPX), Glutathione S-Transferase (GST), Gluatathion Reductase (GR) and Superoxide Dismutase (SOD-1) were determined. The concentration of GSH was assayed using the Beutler method [13]. The principle of this method is based on the reaction of reduction of the disulfide compound Dithio-Bis-2-Nitrobenzoic acid (DTNB) by compounds containing sulfhydryl groups. In blood free sulfhydryl groups unrelated to proteins derived almost only from GSH. The product of the described reaction is a compound of yellow color. Color density was measured at wave length 412 nm. In the calculations the molar absorption coefficient was used, which, when attached to the mentioned wavelength, is equal to 13.6 (mol-1 x l x cm-1). The results were expressed in mmol/LRBC. The coefficient of variation for this method was 2.4%. The activity of GR in erythrocytes was assayed by a spectrophotometric measurement of NADP formation rate. NADP is the result of the reduction of glutathione oxidase in a reaction catalyzed by glutathione [14]. Change of absorbance was measured at wavelength 340 nm, and the result was expressed in U/g Hb. The variation coefficient for this method is 3.8%. The activity of GPX in erythrocytes was assayed by a two-stage Paglia and Valentine method [15]. In the first stage, GPX reacts with tert-butyl peroxide and reduced glutathione (GSH). The product of this reaction is glutathione disulfide (GSSG). The second stage involves the action of Glutathione Reductase (GR) reducing GSSG to GSH with the participation of NADPH+H+ as a regulator. NADPH oxidation results in a reduction in absorbance at a wavelength of 340 nm, which is measured spectrophotometrically. Activity of GPX was calculated based on the loss of the reduced form of coenzyme in time (Wartburg test). In the calculations, millimolar absorption coefficient for NADPH at wave length 340 nm, equal to 6.22 (mmol-1 x l x cm-1) was used. The results were expressed in U/g Hb, where 1 μmola oxidation of NADPH in one minute at T=25°C was adopted as a unit of enzyme activity. The coefficient of variation for this method was 2.9%. Determination of GST activity in erythrocytes was performed according to the Habig method [15]. In this method, there is a decrease in absorbance (which is measured at wavelength of 340 nm) due to the formation of a conjugate of glutathione (GSH) with 1-chloro-2, 4-dinitrobenzene (CDNB). The decrease in absorbance is proportional to the glutathione Stransferase activity. GST activity assay was carried out in the presence of phosphate buffer and CDNB. The results were expressed in nmol/CDNB-GSH/mg Hb/min. SOD-1 activity in erythrocytes was determined using the Misra and Fridovich method, which is based on the inhibition of adrenaline oxidation reaction by superoxide dismutase at pH 10.2 [8]. The increase in absorbance was measured at wavelength of 480 nm. It is proportional to the increase in the concentration of oxidation products of adrenaline. The activity of SOD-1 was expressed in U/g Hb. The amount of enzyme which inhibits the oxidation of adrenaline 50% was adopted as a U unit. The coefficient of variation for this method is 6.3%. The concentration of MDA in the erythrocytes was determined by Placer, et al. method, which is based on the reaction of a thiobarbituric acid and certain products of lipid peroxidation, mainly MDA, in an acidic environment and at elevated temperature [16]. This reaction produces a colored product, the color intensity of which was measured at wavelength of 532 nm. In the calculations, the millimolar absorption coefficient of 156 (mmol-1 x l x cm-1) was used. The result was expressed in mmol/g Hb. The coefficient of variation for this method was 3.5%. The concentration of nitric oxide was determined using the indirect method according to Marlett, determining the concentration of nitrate/nitrite in plasma. The method is based on the reaction between the nitrate anion and anion from N-(1-naphthyl) ethylenediamine, in the sulfanilic acid environment (Griess reaction) [17]. This reaction produces a colored complex whose absorbance is measured at a wavelength of 545 nm. It is directly proportional to the concentration of nitrates and nitrites in the studied sample. The result was expressed μml/L. Ceruloplasmin oxidase activity was determined using the method of Ravin [18]. The principle of the method is based on oxidation of substrate PPhenyl Diamine (PPD) by ceruloplasmin at a final purplecolored product. Absorbance measurement was made at wavelength of 530 nm. This product is so called ‘the principle of Bandrowski’ (product formed from three molecules of the substrate). Results were expressed in international units.

Statistical analysis was made using software SPSS. Where available, measured data was described as mean with Standard Deviation (SD) or median with minima and maximal values. Normality of distribution was checked using Schapiro-Wilk test. According to the needs, for data sets with normal distribution t-test was applied, and for the other data sets U-Mann Whitney test was applied. P value was set at 0.05. IBD has a complex and still largely unknown etiopathology. One of the possible causes can be traced to free radical reactions and precisely to disorders in the equilibrium between prooxidants and antioksidants. On the basis of obtained results, it seems that prooxidative factirs play an essential role in pathogenesis of IBD. Main directions of further study are twofold: confirmation of current outcomes during randomized controlled trials on a bigger group of patients (including various etiologies) and join them and build comprehensive, evidence-based theory in the area of upraise and development of the diseases based on free radicals.

The authors declare that there is no conflict of interests in this study. 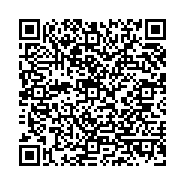