Blindness and Visual Impairment among Adults in a Tertiary Eye Clinic, in Osogbo S W Nigeria

Blindness is defined according to the World Health Organization (WHO) as the presenting visual acuity (VA) of <3/60 in the better eye or visual field loss of <10° from the central fixation.[1]

Blindness is one of the disabilities that greatly affect the psycho-socio-economic life of not only a person, but the family, community, and nation as a whole.[2]

Every year there is an additional 1-2 million blind persons. More than 2/3rd of the causes of blindness in the world are preventable while the majority of these blind people live in the poorest parts of the world such as sub-Saharan Africa, including Nigeria. Majority of the causes are avoidable.[2]

It was also estimated that 4.25 million adults aged ≥40 years have moderate to SVI or blindness (<20/63 in the better eye) in Nigeria, though the south western part of the country had the lowest prevalence. Planning at the regional level was therefore necessary.[4]

This study is intended to plan strategies of optimum management of our patients in terms of purchase of equipment/instruments, consumables, drugs, and manpower development, in order to take care of the common causes of blindness and VI in our environment. Reduction of their incidence could be achieved through proper eye care planning at the hospital and state level.

A proforma was drawn up and ethical clearance was obtained from the Institution’s Ethical and Research Committee.

The design was a retrospective study of subjects who presented to the clinic between October 2012 and March 2013. The study population comprised patients attending LAUTECH Teaching Hospital (LTH) Eye Clinic, Osogbo, Osun State.

All registered routinely booked patients aged 17 years and above were included in the study; while those aged 16 years and below, subjects who presented as emergencies, and subjects who registered before and after the study period were excluded. These information were obtained from the eye clinic medical records. Case notes of eligible subjects were retrieved from the hospital’s medical records department. Demographic data such as age, and sex were obtained. Recorded VA for distance, unaided and aided with pinhole or correction were noted. Any VA improvement by at least one line with pinhole was considered to be a case of refractive error. Blindness and visual impairment (VI) according to WHO classification was used, where presenting VA of <3/60 to NPL in the better eye was blindness, SVI was VA <6/60-3/60) and moderate visual impairment (MVI) was 6/24-6/60.[1] Findings of anterior and posterior segment examination of the eyes using slit lamp biomicroscope with + 78D lens and or binocular indirect ophthalmoscope were extracted and recorded. Refraction results were extracted. Other causes of VI and blindness were also noted.

Table 1: Distribution of gender by age-group

The distribution of VA according to WHO classification shows the proportion of the visually impaired and the blinds [Table 2].

Table 2: Distribution of WHO categories of VI and BL

Table 3: Gender distribution of causes of BL and VI

Table 4: Distribution of categories of VI and BL by causes

This LTH clinic survey showed that an almost equal number of males and females were seen. The most frequently occurring age group was that of 51-60 years followed by 61-70 years range, P < 0.05. This is not unexpected since this frequently occurring age groups makes up the elderly population where age related causes of blindness and VI usually occur. Similar findings in the distribution of the blinding causes among the age groups of the 5th and 6th decades of life were also seen in southern and western Nigeria.[5,6]

The presenting VAs according to WHO classification of VI showed that 51.2%, 20.2%, and 28.5% were moderately visually impaired, severely visually impaired and blind respectively. These correlated well with the Bayelsa study where 53% also presented blind while the remaining had low vision.[5]

The most common causes of blindness and VI in descending order were cataract (36.5%), glaucoma (20.1.1%), refractive error (19.3%) with trauma and corneal opacities having same proportion (6.6%). Four out of six of the cases of congenital abnormalities contributed to the causes of blindness, while refractive error (83.1%), glaucoma (48.1%) and corneal opacity (43.9%) were the most common causes of MVI. This finding is similar to that of the Nigerian national blindness and VI survey where cataract constituted the major cause of blindness while refractive error constituted the major cause of MVI.[3] Otulana also found cataract to be the leading cause of blindness and VI in a hospital based study in Ogun State, Nigeria.[7] In comparison to our study, Oluleye et al. in Ibadan found optic atrophy, 21 (4%) apart from cataract (36%) and glaucoma 138 (29%), to be one of the leading causes of bilateral blindness.[6]

Other studies still found that blindness was caused mainly by cataract (57.2%), glaucoma (14.3%) and congenital/childhood blindness (14.3%); while cataract (57.7%), glaucoma (16.7%) and uncorrected refractive error (15.4%) were the leading causes of VI.[10] Furthermore, posterior segment diseases were seen to be less common in this study as well as in the other studies including a community-based study in Atakunmosa.[5-8,10] However, one community-based study in the same region showed that posterior segment disorders constituted one of the major causes of bilateral blindness and low vision.[11] This may suggest that posterior segment disorders may be becoming more prevalent unlike before. Lifestyle changes could probably contribute to this and hence we have to look out for diseases like diabetic retinopathy and age related maculopathy. As for the clinic presentation in this study, posterior segment disorders such as retinitis pigmentosa and chorioretinal scars appeared very low in order of presentation. Similar pattern was seen in other Nigerian studies.[5-8]

In a study carried out in rural and urban Beijing, China, it was found out that cataract; degenerative myopia, glaucoma and corneal opacity were the commonest causes of low vision and blindness. Diabetic retinopathy and age-related macular degeneration made up a small proportion of the causes.[12] This trend (though in a community-based study) is quite similar to what is seen in our study. The leading causes of blindness in Jordan were diabetic retinopathy and glaucoma among people aged 20 and above, which showed that posterior segment diseases were commonest.[13] In Latin America also, posterior segment diseases were second to cataract as the commonest causes of blindness.[14] Posterior segment or retinal diseases such as diabetic retinopathy, age related macular degeneration are becoming important causes of VI worldwide with ageing population and changing lifestyles,[15] so these should be looked out for.

In the gender distribution of the causes, it was found that refractive errors were more common among the females, P < 0.001. Cases of glaucoma and trauma were seen to occur more among the males. Glaucoma does not usually have gender predilection. This may require further observational studies to confirm male predilection of glaucoma in this environment.

Trauma was seen to be commoner among males. It is known that men are more active and engage in outdoor activities than women, particularly in Africa. This probably tends to make them more prone to trauma. Similar findings have been recorded by studies done in Nepal relating to pattern of ocular trauma where men were seen to be more than women.[16]

There was no case of trachoma or onchocerciasis. This further corroborates several other studies that did not also find these diseases in this part of the country.[3,5,11] Corneal opacity constituted the fourth cause of VI and blindness, in a small proportion as blindness was due to 14 cases. These could have been related to either occupational trauma or from childhood infections like post measles keratitis which are common phenomena in our society. Studies on fungal keratitis among developing countries such as Ghana and India have been documented, and shown to be common among the agricultural workers.[17,18,19]

The common causes of blindness and VI are avoidable. Optimum management could be given to our patients in terms of purchase of equipment’s/instruments, consumables, drugs, and manpower development. Affordable hospital fees would also be important in reducing their occurrence. The importance is to develop a template for planning for eye care in the hospital and the state level. 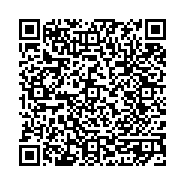