Background: Benchmarking of central line associated blood stream infection (CLABSI) rates remains a problem in developing countries due to the variations in surveillance practices and/or infection risk as nonâavailability of national data. Aim: The aim of the following study was to find out the CLABSI rate before and after central line (CL) bundle intervention and compare the outcome with international surveillance data. Subjects and Methods: This prospective longitudinal cohort study on adult intensive care unit patients was conducted at Hera General Hospital, Makkah Saudi Arabia from January 1 to December 31, 2012. Five key components of bundle were selected; hand hygiene, maximal barrier precautions upon insertion, skin antisepsis, optimum site selection and daily review of line necessity with prompt removal of unnecessary lines. Postâintervention CLABSI rate was compared with National Healthcare Safety Network (NHSN) and International Nosocomial Infection Control Consortium (INICC) rates. Statistical Package for the Social Sciences (SPSS) 14.0 software (SPSS Inc., 233 South Wacker Drive, 11th floor Chicago, USA) was used for statistical analysis included regression analysis for correlation. Statistical significance was set at P < 0.05. Results: CLABSI rate was reduced from 10.1 to 6.5 per 1000 CL days after interventions and had significant correlation with overall bundle compliance rate 87.6% (P = 0.02) On benchmarking, CLABSI rate after the intervention was similar to mean pool value of INICC (6.8) while higher than NHSN (3.1). The most common microorganisms isolated were; methicillinâresistant Staphylococcus aureus (30.8%), Acinetobacter baumanii (23.3%) and Enterococcus faecalis (15.4%). Conclusion: We found that INICC data was a better benchmarking tool comparative to NHSN because it represents the countries that are developing the surveillance system. A multicenter national study is recommended.

Healthcare associated infections (HAIs) occur throughout the world, affecting millions of patients each year.[1] Central line associated blood stream infections (CLABSI) can be prevented by evidence-based central line (CL) insertion and maintenance practices as a method for quality improvement opportunities and strategically targeting interventions.[2] The comparison of CLABSI rate remains a dilemma when national HAI surveillance data is not available and it may be due to variations in surveillance practices, infection risks, socio-economic conditions and high CLABSI rate reported locally.[3]

The current single center study was aimed to (1) find out CLABSI rate before and after intervention of CL bundle; (2) comparison of outcome with international surveillance data; National Healthcare Safety Network (NHSN)[4] and International Nosocomial Infection Control Consortium (INICC)[5] and (3) to identify microorganism profile of HAIs related to the CL.

It is a prospective longitudinal cohort study conducted at medical and surgical adult intensive care unit (MSICU) patients at Hera General Hospital (HGH), Makkah. Saudi Arabia during 1 year period from January 1 to December 31, 2012. The HGH is a Joint Commission International accredited secondary acute healthcare facility with 280 beds capacity including 20 beds adult MSICU. The study was initiated as a quality improvement project to reduce CLABSI rate in ICU. The study was selected in response to annual infection control risk assessment where high CLABSI rate was one of the five top scored risks of infection prevention control in the hospital. This risk assessment was done by the multi-disciplinary team representing infection control practitioners, physicians, nurses and quality designees of ICU. All patients with CL insertion done in ICU were included while insertion outside ICU was the exclusion criteria of the study. There were two groups of patients; before and after interventions. For case finding, clinical examination and laboratory reports were followed. Microbiology tests were performed by the standard methods by using the Clinical Laboratory Standards Institute (CLSI) guideline.[6]

An active surveillance protocol was applied by the trained personnel used standard methodologies as described in Center for Disease Control and Prevention (CDC) guideline.[4] In current study, the CLABSI was defined as a primary laboratory confirmed blood stream infection in patients with a CL at the time of (or within 48-h prior to) the onset of symptoms and the infection is not related to an infection from another site. The infection cannot be related to any other infection the patient might have and must not have been present or incubating when the patient was admitted to the hospital. There was no minimum duration that the CL must be in place in order for the bloodstream infection to be considered CL associated.[5] The following sources of information were used for data surveillance collection; microbiology culture results, open or closed medical record review for any rise of temperature, change of antibiotics and physician/nurses progress notes. When assessing each positive blood cultures, the treating physician was sure that there was no other CDC-defined primary site of HAI that may have seeded the blood stream secondarily; otherwise the blood stream infection may be misclassified as a primary BSI or erroneously associated with the use of a CL, i.e., called a CLABSI.[5] The CLABSI rate was defined as the number of CL catheter-related blood stream infections per 1000 CL days. The regulation was set in such a way that even single missing element of bundles either not done, or are not documented, the whole bundle was considered not applied.[7] Before application of bundle intervention, it was assured that ICU had a written CL bundle policy in place; compliance was monitored; if so, how often compliance was observed. We also established a CL cart to consolidate all necessary items used in CL insertion and checklist was developed to ensure adherence to proper practice. The competency assessment of ICU privileged staff was done prior to implementation of CL bundle after education session in three shifts. The competency assessment process was completed in two sessions. In the second session includes those staff who did not qualify the first session. The CLABSI surveillance form was used to collect all required information.

The CL bundle insertion protocol was strictly implemented upon insertion and documented in checklist.[8] The following five key components were applied: (1) Hand hygiene performed with hospital-approved alcohol-based product or antiseptic-containing soap before and after palpating insertion sites and before and after inserting the CL; (2) maximal barrier precautions upon insertion were taken by the CL team comprised of a doctor and staff nurse assisting used sterile gown, sterile gloves, surgical mask and head caps. The patient was covered large sterile drape from head to toe only the area of insertion was exposed; (3) skin antisepsis was done by using swab stick impregnated with 2% W/V chlorhexidine gluconate and 70% V/V isopropyl alcohol. It was ensured that the skin preparation agent was completely dried before inserting the CL; (4) optimum site selection with avoidance of the femoral vein for central venous access in adult patients. It was done where the catheter was safely inserted and where the risk for infection is small and upper limb veins were preferred. The following great vessels were selected for CL insertion in adult ICU, internal jugular veins and subclavian veins; (5) daily review of line necessity with prompt removal of unnecessary lines were carried out.

The CL maintenance protocol[9] was followed throughout the placement period of CL which includes: (1) Pay attention to the bandage and the area around it; if the bandage comes off or if the bandage or area around it is wet or dirty, tell a healthcare worker right away; (2) do not get the CL or the CL insertion site wet; (3) tell a healthcare worker if the area around the catheter is sore or red or if the patient has a fever or chills; (4) do not touch catheter or tubing and do not let any visitors touch the catheter or tubing; (5) all visitors and care givers were instructed to sanitize hands before and after entering the patient’s room upon each visit. The microbiology profile included the organism identified in each CLABSI and antimicrobial susceptibility testing. In the first analysis, individual bundle component was evaluated based on compliance and calculated the overall CL bundle compliance rate. Second analysis was carried out to calculate the CLBSI rate. Third analysis was to test the effect of CL bundle as a whole to the reduction of CLABSI rate; individual bundle component was not tested to monitor the effect on CLABSI rate and fourth analysis was done by comparing data of with pre-intervention period. The CLABSI rate of year 2012 after the intervention was compared year 2011 data collected retrospectively before intervention. The outcome after the intervention was benchmarked with mean pool values of the two international organizations; NHSN[9] and INICC.[10] The target of CL bundle compliance was set on 100%.

This study was been approved by the Ethical Committee of Hospital. All procedures done in the current study were reviewed and approved by Infection Prevention and Control Committee of the hospital. The general patient consent for any procedure in ICU was taken upon admission as per hospital policy and documented on each patient’s medical record. The outline of the uniform procedure was provided to the staff of concern units. The CLABSI rate varies widely in healthcare facilities and reflects the infection prevention and control practice.[11] Initially, the CL team started this intervention as a quality improvement project to meet the challenge of reduction of CLABSI rate as described in other studies[12,13] and later continued as part of routine practice in ICU. The analysis of our data showed that overall CLABSI rate in ICU was significantly reduced after intervention (P = 0.02) comparable to many other similar studies[14,15] Our CLABSI rate was higher than El-Kholy et al.[16] where the CL bundle was applied 1st time as a quality improvement project while lesser than other similar study.[17]

In comparison to local studies, one study[3] reported higher CLABSI rate while in other study[18] it was lower than the current study. When we compared our data internationally with NHSN, we found our CLABSI rate is a higher than NHSN similar to other studies[2,19,20] while closer to INICC similar to other study.[21] The INICC data represents the countries which are developing the surveillance of HAIs[9] while NHSN data more or less belonged of the developed countries.[22] Similar differences were also published in other device associated infections in ICUs.[23]

CL bundle compliance rate remained 19% less than the target (100%) due to the following possible reasons; (1) double bed ICU with less space between the two beds; (2) non-availability of CL sterile full body drapes; (3) overcrowding; the bed occupying capacity remained more than 100%; (4) shortage of nursing staff; (5) incomplete documentation; (6) lack of knowledge of CL bundles especially when it is inserted during off working hours; (7) ignorance of staff; (8) temporary extension of ICU to the adjacent non-ICU unit during the month of Muslim pilgrimage[24] (hajj) where more than 3 million Muslims visited the place of study. This increase in ICU beds is to accommodate patients transferred from the other temporary hospitals established at pilgrimage areas only during Hajj period and the ratio of ICU patient and nurse become 1:3 which may lead to incomplete documentation. Therefore, authors recommend to hire more ad hoc employees in ICUs especially during hajj period.

There were certain limitations to this study. Firstly at the start of study, there was under reporting of CLABSI while over reporting CL bundle compliance which was discovered during the onsite validation visits and retrospective medical record review by the trained infection control practitioners similar to other studies.[25,26] The only reason of discrepancy was late filling up the CL bundle form. Therefore, the in-charge nurse in each shift was assigned to observe directly the compliance of key components and review reported data immediate after insertion. Secondly, incorporating the CL bundle intervention quality improvement project into a routine care practice was difficult because sudden withdrawal of quality improvement CL bundle team after completion of project and re-education of intensive care staff.

Higher adherence to the CL bundle intervention was positively correlated to a reduction in the CLABSI rate in ICU. We found that INICC data was better benchmarking tool comparative to NHSN as it represents the countries that are developing the surveillance system like in Saudi Arabia. A country wide multi-center study is recommended to formulate the national policy for benchmarking the surveillance outcome of device associated infections in ICUs. 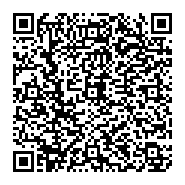