Background: Urinary tract infection is one of the infections that could lead to chronic kidney disease. Most of the offending isolates are usually Gramânegative bacteria such as Escherichia coli. Adolescent age groups are a special group of individuals who indulge in some risk behavior that could predispose them to urinary tract infections with possible mixed flora. Aim: The aim was to determine the burden of Gramâpositive significant bacteriuria among adolescents in Enugu. Subjects and Methods: A survey of 628 adolescents attending secondary schools in Enugu was studied. Information on sociodemographic profile was obtained using a selfâadministered questionnaire. Cleanâcatch urine sample was collected using a sterile boric acid bottle, and this was cultured in both anaerobic and aerobic media. Significant isolates were Gramâstained in order to determine their characteristics. Data were analyzed using SPSS version 15.0.(Chicago Illinois USA). Results: There were 324 females and 304 males. Significant bacteria growth was identified in 61 samples giving a prevalence rate of 9.7% (61/628). Gramâpositive bacteria were isolated in 77.1% (47/61) of samples, while Gramânegative bacteria were isolated in 22.9% (14/61) of samples. Staphylococcus saprophyticus was the most common Gramâpositive organism isolated this consists 38.3% (18/47) while E. coli was the most common Gramânegative bacteria isolated comprising 64.2% (9/14). Other Gramâpositive bacteria isolated were Staphylococcus auerus, Staphylococcus epididimis. All isolated bacteria were more common in females 44/61 (72.1%) than males 17/61 (27.9%). Conclusion: Gramâpositive bacteriuria is prevalent among secondary school adolescents, and S. saprophyticus is the most common Gramâpositive organism implicated. Further studies should be undertaken to determine the risk factors and possible sensitivity pattern among the age group.

Urinary tract infection is one of the infections that could lead to chronic kidney disease. [1] Several studies have shown that most of the offending isolates are the Gram-negative organisms such as Escherichia coli and Klebsiella spp., especially in preschool children. [1-3] Asymptomatic bacteriuria is the presence of significant positive urine culture in an individual that has no symptoms of urinary tract infection. Like urinary tract infections most of the studies in children shows that the most common offending organism is E. coli and other Gram-negative bacteria. [2,3] This has led to the practice of empiric use of antibiotics that Gram-negative organisms are sensitive to as first line medication for empiric treatment of urinary tract infections and undue extrapolation of their use in older children and adolescents. [2,3] However, some studies have identified the prominence of Gram-positive organisms as the cause of urinary tract infections in children. Some of the identified organisms include Staphylococcus aureus, Staphylococcus epididermis and Staphylococcus saprophyticus. [4-7] The adolescent age group is a special group of individuals who indulge in some risk behavior such as illicit sexual activities that could predispose them to urinary tract infections with possible mixed flora. [8] They also comprise the reproductive age group, especially the females in whom asymptomatic bacteriuria needs to be treated in pregnancy in order to prevent the attendant risks to the fetus. Thus, there is a need to know the pattern of asymptomatic bacteriuria among this population. The aim of this study was to determine the prevalent etiological agents in this high-risk group in Enugu.

A cross-sectional survey of 628 secondary school adolescents aged 10-21 years was carried out in Enugu. Enugu metropolis is the capital of Enugu state; it is made up of three local governments. It has an undulating topography situated in the valleys of Udi hills. The population is heterogeneous and has individuals in various occupations. There are many private and publicly owned schools, which are spread among the metropolis.

The schools were selected by a multistage sampling method and were grouped into high density area and low density area schools. Three schools each were selected from each area, and these schools were all boys, all girls and co-educational schools. Ethical clearance was obtained from the University of Nigeria Teaching Hospital Ethics and Research Committee. Approval was also obtained from Enugu State Post Primary School Management Board and the various Principals of the selected schools. Information on sociodemographic profile of selected students was obtained using a pretested structured questionnaire, which was self-administered. Respondents were obtained from schools both in high density areas and low density areas of the metropolis. The sample size was determined using an estimated prevalence of 33.0% for urinary tract infections set at a power of 80%. [1] The adolescents were grouped into three; early (10-13 years), mid (14-17 years) and late (18-21 years). This was adapted from the grouping done by Nwokocha [9] to accommodate late developers. Asymptomatic adolescents without any signs or symptoms of urinary tract infections such as dysuria, urgency, hesitancy, increase urinary frequency, and loin pains were included in the study, while adolescents with known illness or structural urinary tract abnormalities such as posterior urethral valve, epispadias, hypospadia, stricture or any known abnormality of the bladder were excluded.

Clean catch urine sample was collected in borate sterile wide mouth 25 ml capacity universal container with a cover (sterlin UK). Participants were instructed on how best to collect a clean catch urine sample straight into the bottle without contamination. After collection and labeling, samples were immediately transported to the laboratory and processed soon after. In the case of any little delay, specimens were refrigerated at 4°C.

Specimen was processed in the laboratory for physical and chemical examination, microscopy for cells. Culture was done on blood agar (BAG) and MacConkey agar (Mac). With a standard platinum wire-loop (2 mm diameter), urine sample was collected from well-mixed specimen and streaked well on to well-dried freshly prepared BAG and Mac plates (oxoid). Incubation was done at 37°C aerobically for 18-24 h. Pure growth of ≥1 × 105 CFU/ml was taken as significant bacteriuria though for Staphylococcus saprophyiticus growth of between >1 × 103 and <1 × 105 CFU/ml was accepted as significant since the organism is not usually single cells, but occur in clusters (grapelike bunches) unlike other bacteria. All bacteria occurring in urine samples as significant were identified by their biochemical reaction profile using API (Analytical Profile Index) identification products (BioMerieux, France 2011).

This was determined using the disc diffusion method as described by the Swedish Reference Group for Antibiotics. [10] Iso-sensitest agar and antibiotics discs were obtained from Oxoid limited (Basingstoke UK 2010). The various discs were aseptically placed onto culture plates of each of the pure bacterial strains and incubated for 24 hrs h. Inhibition core diameters were measured to the nearest millimeter with a slide gauge. E. coli ATCC 25922 and Pseudomonas aeruginosa ATCC 27853 were used as control strains. All bacteria were tested against the following antimicrobial agents. Microscopic examination of urine was done after centrifuging for 5 min on urine sediments. Pyuria was regarded as the presence of >5-10 white blood cells/high power field. Other parameters including red blood cells, presence of oxalic acid crystals, epithelial cells, hyaline, and other crystals and deposits, including parasitic ova/and yeast cells were also noted. Dipstick tests on urine to detect the presence of bacteria using nitrite test, leukocytes esterase tests, urobilinogen, bilirubin, sugar, blood were also sought for (Bayer-corporation, Diagnostic Division USA). Methods used were according to Winin et al. [11] Data were entered using Statistical Package SPSS version 15.0 (Biomrieux, 2011), descriptive statistics was used to obtain the frequencies of variables. Percentages of the urinary isolates were also obtained; Chi-squared test was used to compare independent variables. Significant probability was P < 0.05.

Table 1a: Distribution of isolated organisms according to age groups

Table 1b: Frequency distribution of positive bacteria isolates according to adolescent age groups

Table 2: Frequency distribution of bacteria isolates according to their Gram-stain

Table 3: Sex distribution of isolated organisms according to age groups

The prevalence of Gram-positive bacteriuria in adolescents was found to be 7.5% as compared with 2.2% of Gram-negative bacteriuria in the same age group. It may probably be due to more matured immune system in the adolescent age group, which makes them less susceptible to Gram-negative infections than in the younger age group. [12] The study differs from findings reported by previous authors. [2,3,8,12] Nevertheless, adolescent age group may be prone to colonization of the urinary tract by mixed flora due to exposure to unprotected sexual activities. [13] The significant difference of obtained urinary isolates between age group may be due to the population distribution in which more of the age group 14-16 years were found in the secondary school. In addition, improved level of hygiene consciousness as age increases may have contributed to the decline among the later adolescent age group.

Gram-positive organisms were isolated more in the female subjects than in their male counterparts, this probably may be due to short course and proximity of the female urethra to the anal region also it is possible that low level of hygiene and habit of long withholding of micturition among females encourage easy colonization of the tract by some of these Gram-positive organisms. [14] This however buttresses the need for adequate health education and improved personal hygiene among this group of people, especially in their school environment. Low prevalence of Gram-positive bacteriuria in males may be due to high circumcision rate in males of South Eastern decent. Similar findings have been reported by Yayli G et al. among Turkish children. [15]

The most common Gram-positive organism was S. saprophyticus with a prevalence rate of 38.3%. This was more common among females. The importance of this is that the organism not only has it been implicated as a cause of urinary tract infection, [15] but also has been noted to be found in urogenital epithelium of females such as the urethra and cervix. Hence, the need to screen and treat these adolescent females who belong to the childbearing age group that harbor these organisms. [16] This urogenital colonization may increase the transmission of this organism through sexual intercourse in this group of individuals. Similar findings have been documented by previous authors who found S. saprophyticus as the most common Gram-positive organism colonizing the urinary tract of healthy young sexually active men and women. [16,17] The implication of this is that the empiric treatment for urinary tract infections should include drugs that the organism is sensitive to. S. epidermidis and S. aureus have also been implicated as causes of urinary tract infection [18] and these were identified in our study; however, proper identification is usually a constraint in resource poor countries. [18] Our study is at variance with previous studies, [1,2] which identified E. coli as the most common bacterial isolate implicated in urinary tract infection, though it was identified as the most common Gram-negative isolated from the urinary tract. [3] This is probably due to its colonization of the rectal epithelium, which encourages ascending infection of the uroepithelium, especially in the females probably because of their close proximity. [1] Other Gram-negatives identified include Klebsiella and Proteus miribalis; similar findings have been documented by previous authors. [1,3] This shows that Gram-negative bacteria are still important in the pathogenesis of urinary tract infection in adolescents.

The sensitivity pattern of the Gram-positive organism shows that quinolones, co-amoxiclav and cephalosporins are the most sensitive antimicrobials that can be used in treatment of Gram-positive urinary tract infections in adolescents. [18] Similar reports have been documented by previous authors. [19-21] The most common susceptible quinolones were levofloxacin and ciprofloxacin this has also been reported by Cai et al. [21] Resistance to common antibiotics have been documented, especially the oxacillin and erythromycin. [22] However, urine culture and sensitivity must be used where the facilities are available. Furthermore, novobiocin susceptibility test should be used for diagnosis in the laboratories as an important tool in differentiating and identifying these organisms due to its high sensitivity and specificity values. [18,23]

Our study was a cross-sectional survey; identified respondents with positive cultures were not followed-up for possible development of symptoms.

Gram-positive bacteriuria is prevalent among secondary school adolescents, and S. saprophyticus is the most common Gram-positive implicated in adolescents in Enugu. It is, therefore, recommended that empirical treatment of identified female adolescents with asymptomatic or symptomatic bacteriuria should include broad spectrum antibiotics. Further studies should be undertaken to determine the risk factors. 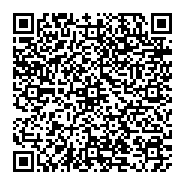