Comparison of Serum Calcium and Magnesium Between Preeclamptic and Normotensive Pregnant Nigerian Women in Abakaliki, Nigeria

Pregnancy is both desired and demanding for every woman of reproductive age. It is essentially a period that a woman’s body undergoes adaptive physiological changes to accommodate fetal growth. One of the potential complications during this period is the emergence of pregnancy‑induced hypertension and preeclampsia, commonly associated with increased maternal and infant mortality and morbidity.[1] Preeclampsia is a progressive, multi‑systemic disorder characterized by triad of high blood pressure (BP) (≥140/90 mmHg), edema, and proteinuria (>300 mg/day), developing after 20 weeks of gestation.[1] Incidence of preeclampsia has been estimated at 5–14% pregnancies worldwide, 4–18% in developing countries with increasing trend.[2,3] It has been found that preeclampsia has more impact in developing countries where pregnant women have been reported to consume diets with lesser amounts of essential minerals and vitamins.[1] During pregnancy, inadequate nutrition might be harmful not only to the mother but also to the growing fetus.[1] The pathophysiology of preeclampsia likely involves maternal‑fetal physiological perturbations.

Although the exact etiology is unknown, the pathophysiological mechanism is characterized with the failure of the trophoblastic invasion of the spiral arteries, leading to mal‑adaptation of maternal spiral arterioles, which may be associated with an increased vascular resistance of the uterine artery and a decreased perfusion of the placenta.[4,5] The implicated vascular resistance and under‑perfusion of the placenta, according to a study,[6] may lead to the release of antiangiogenic factors into the maternal circulation and alter maternal systemic endothelial function to cause hypertension and other manifestations of the disease. Other contributory factors include obesity, diabetes, calcium deficiency, maternal age, and job stress.[7,8] Consequently, much research has focused on elucidating the pathophysiological events that regulate BP in pregnancy.

The study was a case–control study carried out between January 2013 and June 2014 at the Department of Obstetrics and Gynecology of the Federal Teaching Hospital, Abakaliki, one of the referral tertiary health institutions in the South‑Eastern part of Nigeria. The study included forty normotensive pregnant women (controls) and forty preeclamptic women (PW) (cases) who were not on calcium or other supplements attending antenatal clinic in the outpatient department of the hospital. The sample size determination for case–control studies was done according to Cochran’s formula (z = 1.96, confidence interval = 95%), with a prevalence of preeclampsia in Nigerian population.[17] The selection followed simple random sampling; they were matched for age, parity, and socioeconomic status and in their second or third trimester of pregnancy. Ethical approval for the study was granted by the Ethics and Research Committee of the Hospital. The approval was based on the provision of Helsinki Declaration (2000) and on the agreement that patient anonymity must be maintained, good laboratory practice/quality control ensured, and that every finding would be treated with utmost confidentiality and for the purpose of this research only. Written informed consent to participate in the study was obtained from the pregnant women. Sociodemographic and obstetric data were obtained with structured questionnaire reliable and validated. Following that, the BP was measured using mercury sphygmomanometer and stethoscopes (Kris‑Alloy®, Wuxi Medical Instrument Factory, Wuxi city, Jiangsu, China), which was pretested on known nonhypertensives and known hypertensives and found to be precise. To ensure the accuracy of reading, appropriately sized cuff (cuff bladder encircling at least 80% of the arm) was used and the measurement done after the subject has been in a sitting resting state for 5 min. The subjects were said to be hypertensive according to the WHO/ISH criteria when their mean systolic BP (SBP) were ≥140 mmHg, and/or when their mean diastolic BP (DBP) was ≥90 mmHg.[18] Participants with SBP ≥140 mmHg and/or DBP ≥90 mmHg were measured again after at least 30 min interval for confirmatory purpose. Height and weight measurements were taken with the subjects in light clothing without shoes, caps or head tie on using a standard calibrated meter rule affixed to a wall perpendicular to a flat, smooth surface floor, whereas the body weight was measured using a digital weighing scale (Seca, Hamburg, Germany). The body mass index (BMI) was calculated as a ratio of the weight in kilogram (kg) and square of height in meter (m2).[19] BP was measured with patients in a restful position using a sphygmomanometer on at least two occasions.

Preeclamptic women were selected based on the following inclusion criteria:

• New onset of hypertension after 20 weeks of gestation with BP ≥140/90 mmHg or rise in SBP >30 mmHg and DBP >15 mmHg in at least two occasions, above booking BP

• Proteinuria >300 mg/day as detected by dipsticks.

Pregnant women with kidney disease, diabetes, endocrine disorder, or any other systemic disease/secondary causes of hypertension was excluded from the study. Pregnant women on calcium supplement, food characterized with high calcium or minerals were screened out of the study. Pregnant women without hypertension (normotensives) were selected if BP < 140/90 mmHg with no increase in SBP up to 30 mmHg and DBP up to 15 mmHg due to pregnancy and without evidence of proteinuria.

Between 8:00 am and 10:00 am, fasting venous blood (5 ml) was collected from antecubital vein without stasis and dispensed into plain plastic bottle (3 ml) while 2 ml was dispensed into ethylenediaminetetraacetic acid bottles for packed cell volume (PCV) analysis. The serum was separated after clotting and stored at −20°C until total calcium and magnesium were determined.

Calcium and magnesium were determined using Atomic Absorption Spectrophotometer (Buck Scientific, Model AVG 210),[20] whereas PCV was estimated according to a standard method.[21]

Table 1: Comparison of age and body mass index between normotensive and preeclamptic womena

Hypertension in pregnancy is an important public health challenge, and the research efforts are yet to unravel the etiologic cause. Imbalance of physiologically important nutrients may progress to deleterious health effects and much more in pregnancy state. Studies in Nigeria have reported etiologic association of dietary calcium and magnesium with preeclampsia, but evidence to support this association is weak, inconsistent, and conflicting.[5,7,12,13,22,23]

In the present study, we have analyzed for serum total calcium and magnesium for the purpose of comparison between normal pregnant women and PW. The BMI of normotensive pregnant women was significantly higher than the PW [Table 1]. The normotensive pregnant women were overweight, whereas PW had normal BMI. However, maternal obesity predisposes a woman to developing preeclampsia, and a relationship between increasing BMI and the risk of developing preeclampsia is well established. Although maternal high BMI is related to adverse maternal pregnancy outcomes such as preeclampsia, eclampsia, pre‑ and post‑term delivery,[23,24] the reason for the higher BMI in the normotensives is obscure. However, genetic factors have been associated with the development of hypertension.[25] There was no significant difference in the mean serum calcium in both pregnant women in this study. This is in contrast with several studies[4,15,26] suggesting hypocalcemia as a possible cause for preeclampsia. For instance, Guhan et al.[15] and Indumati et al.[26] reported significantly lower calcium levels in preeclamptic patients and pregnancy‑induced hypertension, respectively. Moreover, study among pregnant women in Bangkok Metropolis reported significantly lower calcium levels for severely PW, but no statistical difference was found for calcium in mildly preeclamptic group when compared with normal pregnancy group.[4] However, in corroboration with our current finding, other studies[3,23,27] have refuted the suggestion of the involvement of low calcium in the pathogenesis of preeclampsia. Earlier studies of Golmohammad et al.[23] and Vahidrodsari et al.[27] also concluded that serum calcium may not be involved in the pathogenesis of preeclampsia. In Nigeria, Adewolu[3] reported no association between serum calcium and preeclampsia and concluded that calcium may not play a vital role in preeclampsia among the Nigerian population. On the basis of the physiological role of dietary calcium,[14] epidemiologic studies have shown that restricted dietary calcium is associated with increased BP. Such finding led to dietary calcium supplementation trials in normotensive and hypertensive populations. However, the results from such trials have been disappointing. For example, Levine et al.[16] in a prospective study in American population showed that calcium supplementation during pregnancy did not prevent preeclampsia in healthy nulliparous women, although Crowther et al.[28] and Herrera et al.[29] reported otherwise.

Magnesium is an essential intracellular cation that contributes to neurotransmission and peripheral vasodilation. At the subcellular level, magnesium regulates contractile protein, modulates transmembrane transport of calcium, sodium, and potassium, act as an essential cofactor in the activation of ATPase, controls metabolic regulation of energy‑dependent cytoplasmic and mitochondrial pathways; regulate oxidative‑phosphorylation processes, and influences DNA and protein synthesis.[30] The present study showed that serum magnesium level in preeclamptic women was significantly lower compared to normotensive pregnant women. Various studies have suggested the influence of magnesium on fetal and maternal morbidity both prepartum and postpartum.[1] Previous studies have established inverse association between serum magnesium and occurrence of preeclampsia[7,14,15,31,32] similar to our report in this study. Both clinical and experimental data suggest that alterations in magnesium status not only influence vascular contractibility, but also vascular smooth muscle cell growth, cardiac excitability, an important factor associated with vascular structural changes in hypertension.[30] MacDonald et al.[33] have shown experimentally that magnesium has a vasoprotective effect. However, conflicting data from extensive investigations have been reported. Golmohammad et al.[23] in India and Adewolu[3] in Nigeria reported no significant difference in magnesium levels among normal pregnancy, pregnancy‑induced hypertension, and preeclampsia. Nonetheless, the evidence for causal association between magnesium supplementation and BP reduction was weak in a meta‑analysis of 12 randomized trials with follow‑up ranging from 8 to 26 weeks.[34] A dose‑response pattern was found in another meta‑analysis with twenty studies; however, magnesium intake only resulted in a small overall reduction in BP, a mean of − 0.6 mmHg for SBP and − 0.8 mmHg for DBP.[35] On the basis of these data, the authors concluded that the relationship between magnesium and hypertension seems inconsistent and not convincing. 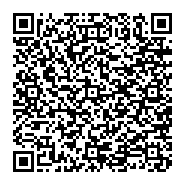