Background: Uterine fibroids are benign tumors of the uterus and those located beneath the uterine mucosa may present as prolapsed fibroid in the vagina. Prolapsed submucous fibroid associated with complete uterovaginal prolapse is however uncommon. Case: A case of irreducible complete utero-vaginal and infected sub-mucous fibroid prolapse, in a 45-year-old grandmultiparous woman, is reported. Bed rest and antibiotics failed to relief edema and infection of the vault. Vaginal myomectomy, followed by interval vaginal hysterectomy, and pelvic floor repair a week later resulted in a satisfactory outcome.

Uterine fibroid is a benign smooth muscle tumor of the uterus; that commonly affect women of reproductive age. Its size and localization on the uterus may determine the mode of clinical presentation. Pelvic masses are one of the known risk factors for pelvic organ prolapse. Submucous fibroid or those located on the cervix may present as a fibroid polyp in the vagina though vaginally located fibroid has been reported.[1] Utero-vaginal prolapse in association with prolapsed submucous uterine fibroid is uncommon. Few of such cases have been reported in the medical literature.[2,3] The recent 5-year audit of uterovaginal prolapse in our institution did not identify such association.[4] The usual size of most submucous fibroid, intra-abdominal adhesions and parity of most commonly affected women may contribute to rarity of its association with uterine prolapse. Imaging techniques confirm the presence of anatomical defect of endopelvic fascia in uterine prolapse.[5] Uterine contraction and dragging by the weight of the expelled submucous fibroid may weaken the cardinal and utero-sacral ligaments resulting in utero-vaginal prolapsed. Chronic uterine inversion has been reported complicating such prolapsed submucous fibroid.[6] This may be one of the mechanisms involved in this rare case of complete utero-vaginal and submucousal fibroid prolapse.

A 45-year-old grandmultiparous woman presented with 1-year history of complete utero-vaginal prolapse. It became completely irreducible 3 months prior to presentation and was associated with menorrhagia, purulent vaginal discharge, frequent micturition, sensation of incomplete voiding and persistent lower abdominal pain. Pelvic examination showed an irreducible utero-vaginal prolapse with a pedunculated septic mass measuring about 12 by 10 cm in dimensions protruding through the cervical os. The vault of the vagina was edematous and inflamed [Figure 1]. The rest of her clinical examinations and investigations were unremarkable. Abdomino-pelvic ultrasonography excluded the presence of any pelvic tumor and confirmed the absence of the uterus in the pelvis.

She was treated with tablets of ferrous sulfate, folic acid and Vitamin C, bed rest, broad spectrum antibiotics and twice a day cleansing of the prolapsed tumor with antiseptic solution for 3 weeks. This failed to produce significant improvement, and she was counseled for surgery. Vaginal myomectomy, which involved clamping of the broad fibroid stalk, excision of the fibroid mass and ligation, was done under general anesthesia administered by face mask. The vault of the vagina was too inflamed and unhealthy to allow for immediate vaginal hysterectomy [Figure 1]. The prolapse was reduced with the vagina packed with moist gauze, and she was continued on antibiotics and bed rest. A pelvic examination done on the third postoperative day showed that the most distal portion of the prolapse was about 1 cm proximal to the plane of the hymen, and vaginal vault edema had completely cleared. The result of the histological report confirmed that the mass was leiomyoma. Vaginal hysterectomy and pelvic floor repair were done 7 days after vaginal myomectomy [Figure 2]. Her post-operative recovery and follow-up were uneventful. Informed consent and permission to take a photograph of the lesion and use her case for research and publications was given by the patient.

Uterine fibroids contribute 70-80% of all tumors in the female genital tract in Nigerian women.[7] Prolapsed submucous uterine fibroid in association with Utero-vaginal prolapse is however uncommon. When prolapse appears to be present, it is often only an elongated cervix. The exact etiologic factors responsible for the development of utero-vaginal prolapse in this patient may not be determined with certainty, uterine contractions and dragging by weight of the prolapsed submucous fibroid may have contributed significantly in the presence of other risk factors like multiparity. Women that have pelvic organ prolapse, with the leading edge of the prolapse beyond the hymenal remnant, have increased symptoms. Incomplete utero-vaginal prolapse, the prolapsed vaginal tissue is, usually, dry, ulcerated and exposed to friction as the woman walks about. The prolapsed submucous fibroid was septic in the case presented. Overgrowth of its blood supply, ulcers from friction and use of injurious traditional medical applications common in the country, may explain the sepsis. The uterine prolapse which had been maintained irreducible by the weight of the submucous fibroid was reduced and retained in the vagina immediately after the vaginal myomectomy.

Advances in endoscopic resection and laser surgery have affected the management of submucous fibroid. Intranodal morcellation by Loop electrosurgical excision, fiber optic laser vaporization at hysteroscopy, polypectomy, vaginal myomectomy and myomectomy with interval hysterectomy are treatment option in prolapsed sub-mucous fibroids. Neuwirth and Amin[8] described the use of urologic resectoscope in the removal of pedunculated and submucous fibroids during hysteroscopic myomectomy. In cases where the fibroid is prolapsed and can be accessed through the vagina as in this case, vaginal myomectomy with or without hysterectomy is a treatment option.[9] In uterine procedentia, the cardinal and uterosacral ligaments which serve as the first level of support for reproductive organs are disrupted and very weak leading to the risk of vault prolapse in 3-4% of cases. Primary vaginal sacrospinous fixation is done in procedentia as part of pelvic floor repair in order to prevent vault prolapse.

The reduction of complete utero-vaginal prolapse with decubitus ulcers and possibly infection and moist vaginal packing for a period of 4-6 weeks leads to improvement in the degree of prolapse and reduction in postoperative morbidity.[10] The ligation and excision of the prolapsed fibroid stalk involved minimal tissue dissection and disruption. In the case presented, vaginal myomectomy, followed by a short interval of 1 week of reduction of complete utero-vaginal prolapse and moist vaginal packing resulted in prompt and rapid resolution of inflammatory process that enabled early surgical intervention with good outcome.

We therefore conclude that the vaginal myomectomy with short interval vaginal hysterectomy done in this case resulted in satisfactory outcome, eliminated the need for repeated admissions and reduced the cost of hospitalization. 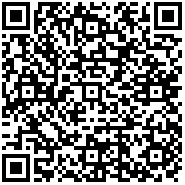