Odontomas are benign tumors containing all the components of the odontogenic tissue. Disturbances in tooth eruption are one of the most common complications associated with odontomas. They are generally asymptomatic and are usually seen in second and third decades of life, rarely seen below 10 years of age. Herewith, we report an unusual occurrence of compound odontoma in a 4âÂÂyearâÂÂold child visualized as a swelling of the cortical bone in the anterior maxilla.

Odontomas are the benign tumors that result from the epithelial and mesenchymal cells which are completely differentiated and gives rise to ameloblasts and odontoblasts that forms enamel and dentin.[1] They were previously termed as composite odontomas, since they are composed of both the cell types. Most of the cases of odontomas are often undetected because they are clinically asymptomatic.[2] These tumors are formed of enamel and dentin but they also have variable amount of cementum and pulp tissue. It is a slowly expanding lesion of the bone which is nonaggressive and usually causes disturbances in the eruption of permanent teeth. Compound odontomas appear as irregular, solitary or multiple small tooth-like structures. They develop and mature while the corresponding teeth are forming and cease development when the associated teeth complete development.

These odontomas are most often seen in association with permanent dentition and are rarely associated with primary teeth. In the literature, very few cases of compound odontomas have been reported particularly in young female patients usually below 4 years of age.

Herewith in this article, we report a case of compound odontoma in a 4-year-old female child who presented with a swelling in the anterior maxilla that is associated with the delayed eruption of permanent teeth.

A 4-year-old female patient visited the department of Oral Medicine and Radiology, Yenepoya Dental College, Yenepoya University, Mangalore with a complaint of swelling over the maxillary anterior region since 31/2 years. Her parents noticed the swelling when she was 6 months old. Initially it was small in size and then gradually increased to the present size. It was not associated with pain or discharge. She gave a history of delayed eruption of primary teeth and no history of trauma has been reported. Her medical and family history was noncontributory. Extraoral examination showed no abnormality. Intraoral examination revealed a diffuse swelling in the maxillary anterior region [Figure 1] measuring approximately 1 × 2 cm in size that extends from the midline located above the gingival margin with respect to maxillary primary central incisor, lateral incisor and canine. The swelling was nontender and bony hard in consistency, thus came to a provisional diagnosis of bony exostosis. Intraoral periapical radiograph in relation to right maxillary primary teeth revealed multiple radiopacities in irregular fashion with densities equal to or greater than that of tooth, separated and surrounded by a thin radioluscent capsule [Figure 2] above which there is presence of developing permanent tooth bud. On the basis of history, clinical and radiographic examination a final diagnosis of compound odontoma was made. In the present case seeing the extent of the lesion a surgical excision was planned. Surgical removal of the odontoma was performed and the specimen was sent for histopathological examination [Figure 3a]. Histologically, foci of odontogenic tissues comprising dentin and pulp tissue were found to be distributed in fibrous stroma [Figure 3b]. These features were suggestive of compound odontoma. The patient was then reevaluated after 2 months. Figure 3: (a) Surgical specimen. (b) Foci of odontogenic tissues comprising dentin and pulp tissue distributed in fibrous stroma (In ×100)

The first case of odontoma was published in 1980. Only 17 cases have been reported in the literature till date. Of these 17 cases, eight were complex odontomas, the rest nine were compound odontomas.[3] Odontomasforms 22% of the odontogenic tumors that occurs within the jaw.[4] They are considered to be hamartomasand are composed of odontogenic tissues such as enamel, dentin, cementum, and pulp tissue. The diagnosis of odontoma is established occasionally on routine radiographs, particularly in the second and third decades of life.[2] They frequently lead to impaction or delayed eruption of permanent teeth.[5,6] It is rarely diagnosed before the second decade of life.[7] In the present case it was noticed in the first decade. Odontomas commonly occur in the permanent dentition and are rarely reported in association with primary teeth.[8] Most often swellings of the anterior maxilla will be usually because of impacted supernumerary teeth and lesions such as eruption cyst or nasolabial cyst in children. In the present case, there was a swelling in the anterior maxilla which made us consider these differential diagnoses.

Odontomas are classified into two main types namely complex odontomas and compound odontomas. Compound odontomas show a predilection for the anterior portion of the upper maxilla, whereas complex odontomas are usually found in the posterior mandibular region.[9] There is no gender predilection. Odontomas are generally small; however they may occasionally grow large resulting in bone expansion.[10] The present case showed mild bony expansion with respect to the lesion in the right maxillary anterior region.

Odontomas can be subclassified based on the radiographic appearance alone. Radiographic differential diagnosis of compound odontomas are very few as they appear as a collection of small teeth like structures whereas in complex odontomas broader differential diagnosis should be considered because they appear as a radiodense mass of hard tissues. Both these types have radiolucent rims, representing dental follicular tissue.[11] However, there were multiple tooth like radiopacities separated and surrounded by a thin radioluscent capsule in the present case.

Histologic appearances of odontomas are of little importance in the diagnosis. The compound odontoma reveals the organization of a normal tooth, while the complex odontoma appears as a disorganized mass of hard odontogenictissues.[8] Loose, myxoid connective tissue with odontogenic epithelial rests may be seen associated with the lesion which represents normal dental follicular tissue.[10] The histopathological picture shows the presence of abundant fibrous tissue scattered with ameloblast like epithelial islands.[4] Similarly in our case foci of odontogenic tissues were distributed within the fibrous stroma, suggestive of compound odontoma. Treatment for an odontoma is complete removal with any associated soft tissues. Recurrences usually do not occur. Further malocclusion or any mal-alignment of teeth present can be corrected by orthodontic treatment.[12] 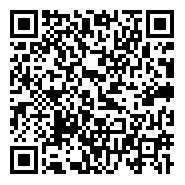