Could Periodontitis Affect Time to Conception?

Background: Chronic periodontitis is gaining increasing prominence as a potential influnce on systemic health. Time to conception has been recently investigated in relation to chronic periodontitis among Caucasians. The authors set out to replicate the study among Nigerian pregnant women. Aim: The etiology of many medical conditions have been linked with the state of the oral health and one of such is the time to conception (TTC) among women. This study was aimed to assess the effect of periodontitis on TTC. Subjects and Methods: A crossâsectional study in a hospital setting involving 58 fertility clinic attendees and 70 pregnant controls using the simplified oral hygiene index, community periodontal index (CPI) and matrix metalloproteinaseâ8 immunoassay. Statistical analysis used included Spearman’s rank order correlation statistic, Zâstatistic and logistic regression. Results: Good oral hygiene correlated with shorter TTC (<1 year) than fair oral hygiene, but not statistically significant. The odds of increased conception were higher with CPI (odds ratio [OR]: 0.482, 95% confidence interval [CI]: 0.259â0.895, P = 0.02), periodontitis risk (OR 0.157, 95% CI 0.041â0.600, P < 0.01) and age (OR 0.842, 95% CI 0.756â0.938, P < 0.01). Conclusion: Chronic periodontitis was positively associated with increased TTC in the present study. The authors are recommending that women in child bearing age should be encouraged to have regular preventive dental checkâups in order to maintain good oral and periodontal health.

The evidence to support a link between periodontitis and increased TTC is still emerging. “Low-grade systemic inﬂammation associated with periodontal disease”. may have a local effect within the endometrium.”[10] This position is corroborated by several studies.[14-16]

An association between chronic periodontitis and increased TTC among black women is worrisome.

Nigerian researchers have reported a possible link between poor oral hygiene and low sperm count.[17] However, the association between chronic periodontitis and increased TTC has not been reported among Nigerians hence the need for the present study.

The study satisfied the Helsinki declaration and received the approval of the institutional review board. It formed part of a series of multi-center studies on the association between the chronic periodontitis and fertility among Nigerians. Verbal informed consent was obtained from participants prior to inclusion in the study. Consecutive fertility clinic attendees and pregnant antenatal clinic (ANC) controls participated in the study.

This is the first study of its kind in Nigeria therefore, prevalence figures were not available. This made it only practicable to adopt a convenience sampling technique of consecutive new patients registering for ANC and fertility clinics of the University of Abuja Teaching Hospital.

Inclusion criteria were being pregnant or attempting to get pregnant. Patients had to be clinically healthy to be included. Patients on fertility medications and those who got pregnant through fertility medications were included, but under fertility clinic attendees. Further exclusions were not considered. Fertility was based on gravidity rather than parity, which means that a woman who suffered an abortion would still have been considered fertile despite not having a baby.

In order to eliminate inadequate copulation as a confounder, a history of regular sexual intercourse was important before being classified as infertile or non-pregnant.

The immunoassay test was performed using a simple mouthrinse previously approved by the institutional review board. Based the immunoassay results, patients were grouped either as a three-tier “high risk,” “low risk” and “no risk” group or a two-tier “no risk” and “risk” group. The classification was based on the depth of color change. Obtained OHIS results were classified as either good, fair or poor “Good” (0-1.2), “Fair” (1.3-3.0) and “Poor” (3.1-6.0).[22] The result of the rapid periodontitis risk immunoassay was read-off as color change.

TTC was recoded into two groups - <1 year and >1 year. Though a continuous variable, TTC was so grouped in consonance with acceptable standards for infertility. A woman is not considered infertile until after 1-year of unprotected sexual intercourse with their male spouse. OHIS was recoded into good (0-1.2), fair (1.3-3.0) and poor (>3.1). Data were analyzed using software package used for statistical analysis (SPSS version 18 (PASW statistics, IBM) . Preliminary analysis performed to assess associations between groups using the Chi-square statistic, Z statistic and risk analysis. An attempt to further explore the strength of associations between the oral hygiene and TTC was made using Pearson’s correlation statistics. However, not all variables were normally distributed among pregnant ANC attendees as assessed by Shapiro-Wilk’s test (P < 0.05). A Spearman’s rank order correlation statistic was therefore performed as a non-parametric alternative after preliminary analysis showed the relationship to be monotonic. For the same reasons, a Spearman’s rank order correlation test was performed as a non-parametric alternative to assess the relationship between OHIS and TTX. Age-matched comparisons were performed between the non-pregnant fertility clinic attendees and their pregnant controls using the Z statistic.

Since the relative contribution of the various independent variables to the occurrence of the dependent variable (TTC) was inconclusive in most instances, a logistic regression was performed. This incorporated six explanatory variables namely age, frequency of dental visit, oral hygiene index, oral hygiene practice, CPI score and periodontitis risk indicator (oral risk indicator). The logistic regression model to evaluate the likelihood that participants have increased TTC (>1 year) was statistically significant, χ2 (12) =40.862, P < 0.0015, explained 38.3% (Nagelkerke R2) of the variance in TTC and correctly classified 75.6% of cases. The sensitivity of the model was 66.7%, specificity was 81.3%, positive predictive value was 69.6% and negative predictive value was 79.2% respectively.

Within the limits of a cross-sectional, case-control study compared with the pioneer study[10] in this area, the results are quite disturbing and call for further evaluation in a larger sample of Africans. Unlike a recent Nigerian study[17] which reported a statistically significant association between poor oral hygiene and low sperm count, the present study found no such associations. The closest observation included greater odds of conception within 1-year among women with good oral hygiene which failed to attain statistical significance (Z statistic = 1.099, P = 0.27). This observation, however, needs to be treated with caution due to the limited sample size.

Unfortunately, there is no basis for comparison with the pioneer work because it did not consider oral hygiene. Interestingly though, the popular media in quoting this work have alluded more to oral hygiene than chronic periodontitis actually evaluated in the study. Findings from oral hygiene evaluations should stimulate great concerns.

In the present study, oral hygiene significantly positively correlated with increasing waiting time among non-pregnant fertility clinic attendees albeit weakly (rs[39] =0. 327, P = 0.04) and there were statistically more fertility clinic attendees with calculus than pregnant controls. Direct associations between oral hygiene and fertility issues have only been reported among Nigerian males.[17] It is not clear how calculus deposits affect TTC since calculus is traditionally believed to be incapable of inducing inflammation without plaque. This position is now contested as evident from the statement “inability to clearly differentiate effects of calculus versus “plaque on calculus.”[25] Full explanations of these effects might still elusive until we can confidently differentiate these effects.

Assessment of periodontitis in the present study went beyond dependence on CPI code 3 which could be very limited in its usefulness. The current study used a modern rapid chair-side MMP-8 immunoassay kit, which has proven sensitivity, specificity and good correlation with periodontal clinical parameters.[18] Initial analysis detected differences only in the 38-42 years age group. After regression analysis, periodontitis strongly associated with increased TTC (P < 0.01). This corroborates the pioneer study[10] only second to age as the most important predictor of TTC - again corroborating the pioneer study.[10]

A pertinent question to ask should be “how exactly does periodontitis affect fertility and TTC?” It is important to note that the pioneers of this observation never claimed or insinuated a causal relationship between periodontitis and infertility. They only, - as in the current study - reported an unexplained association. It has been suggested, however, that periodontitis affects TTC in a similar fashion to other inflammatory conditions such as endometriosis,[21] polycystic ovarian syndrome[16] and hydrosalpinges.[15] Periodontitis is believed to exert an “endometrial effect” as commonly reported in the literature[14-16,21] similar to these systemic inflammatory conditions. This explains a possible link between periodontitis and increased TTC as observed in the current study.

There were significant associations between TTC and age (P < 0.01), periodontitis (P < 0.01) assessed with a MMP-8 chair-side oral rinse.

• This study lacks the power to establish a causal link between chronic periodontitis and prolonged TTC but warrants a need for periodontal consultation in women trying to conceive.

Limitations to studies like the current one often involves the difficulty of ruling out all possible confounders. Such confounders include factors unrelated to the studied group such as low sperm count in the spouse. However, patients attending fertility clinic would usually have gone through a screening stage to rule out spouse-associated problems before commencement of fertility treatment.

Another apparent limitation of this study is the use of CPI code 3 and OHIS. It is noteworthy however, that OHIS measures oral hygiene (and not periodontal status) in this study. Also, CPI was only adjunctive to the use of the highly sensitive MMP-8 immunoassay which is “an effective tool in the diagnosis and monitoring of active periodontal diseases.”[23,24]

Average number of sex attempts was eliminated as a confounder by considering those “actively trying for pregnancy.”

The authors did not consider stress in this study. It is not clear how stress could have affected our findings.

Finally, previous abortions could have posed as confounders but confounder eliminated by basing TTC on gravidity rather than current pregnancy alone. 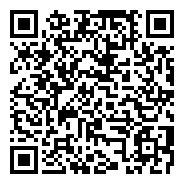