Delay Factors Influenced of Orthodontic Treatment and its Consequences: A Meta-analysis and Systematic Review

Background and Objectives: The present meta-analysis and systematic review individually examines each intranet and compare the results of different studies in order to arrive at more comprehensive outcomes. Method: The search took place between 2005 and 2019. In this study, we first reviewed the abstract of the articles and selected the studies that had the most coordination with our goals, and then we examined the entire text and finally, 8 studies were selected. In addition to reviewing the literature, the results are extracted and enter the meta-analyzer stata14, which summarizes the final results. Conclusion: This systematic review and meta-analysis summarizes the effects Bisphosphonates, Fluorides, Corticosteroids and drugs in orthodontic tooth movement (OTM). Corticosteroids affect the rate of OTM, and may also influence the long-term stability of orthodontically moved teeth. Moreover, non-steroidal anti-inflammatory drugs (NSAIDs) effectively alleviate the pain caused by orthodontic treatment, and also affect the movement of teeth by reducing the inflammatory or bone resorption process.

Using medications and food supplements, including minerals and vitamins, can directly or indirectly affect the movement of teeth in orthodontic treatments. [1] These effects are categorized into two major categories, including the effects of general bone physiology in terms of osteoclast differentiation, bone turnover rate, bone density and bone mineralization, [2] as well as the side effects of the medications, including gingival hyperplasia, external root resorption and xerostomia. [3] Bisphosphonates, Fluorides, Corticosteroids, Estrogen, Aspirin, Diclofenac, Ibuprofen, Indomethacin can be mentioned as delay factors influenced of the tooth movement in orthodontic treatment. [1,4] The present meta-analysis and this systematic review individually examines each intranet and compare the results of different studies in order to arrive at more comprehensive outcomes.

The present systematic review was conducted based on the Preferred Reporting Items for Systematic reviews and Meta-Analyses (PRISMA) reporting guidelines. To prepare the present study protocol, a systematic evaluation of eight selected studies was carried out. After obtaining the initial search results, data extraction forms were developed.

This search was performed between 2005 and 2019. In this study, we first reviewed the abstract of the articles and selected the studies that had the most coordination with our goals, and then we examined the entire text and finally, 8 studies were selected. In addition to reviewing the literature, the results are extracted and enter the meta-analyzer stata14, which summarizes the final results.

The eligibility criteria were as follows:

• In vitro and human or animal studies.

The exclusion criteria were as follows:

• Reviews, editorials and opinions as well as technique description articles without the sample being reported

Effect of delay bisphosphonates on orthodontic treatment and its consequences

Bisphosphonates are a synthetic category of pyrophosphate analogues and strong inhibitors of bone resorption that are commonly used as a medication for preventing and treating osteopenia and osteoporosis, and also used to treat tumors. Given that they affect bone metabolism, they are believed to influence tooth movement and orthodontic treatment. [5]

In Venkataramana et al. [6] study result showed, In bisphosphonate (BP) administered animals, the molar tooth movement was inhibited significantly and lesser amount of osteoclasts appeared along the alveolar bone surfaces towards the periodontal ligament (PDL), could be due to structural impairment and resorptive activity of osteoclasts. The clinical implication of this study is mainly to consider the patients under orthodontic therapy along with BP medication, the orthodontist must be cautious and also the risk possibilities like delayed OTM, compromised treatment, discontinuation of treatment etc., should be explained to the patients. Kaipatur et al. [7] also found the bone burden of previously used bisphosphonate to significantly inhibit OTM. They also found tooth movements in a bisphosphonate to burden alveolar bone in the short term; however, such an invasive injury can have potential adverse effects. [8] The systemic application of bisphosphonates reduces OTM and prevents the recurrence of OTM and skeletal relapses following mandibular distraction, maxillary expansion and the similar procedures [Tables 1 and 2].

Effect of delay fluorides on orthodontic treatment and its consequences

Fluoride is almost entirely stored in human calcified tissues and is actively involved in bone metabolism. Its concentration in calcified tissues increases with age and is directly related to the fluoride concentration in consumed water. the effect of fluoride on clast cell activity and their crucial role in OTM. Research suggests that, in animals, fluoride reduces the rate of OTM (9). Karadeniz et al. [9] found the mean rate of tooth movements to be greater in the strong force and high fluoride intake group. Age was also found to be negatively associated with OTM. Two-dimensional and three-dimensional methods were accurate for evaluating tooth movements after four weeks of applying buccal tipping force when the palatal rugae were used for superimposition. Moreover, Gonzales et al. [10] found fluoride in drinking water to reduce the severity of orthodontically induced root resorption after birth, although the degree of tooth movement was also reduced [Tables 3 and 4].

Effect of delay corticosteroids on orthodontic treatment and its consequences

The pathological processes treated with corticosteroids are prevalent in medical and dental practices, and the response of patients undergoing orthodontic treatment can be different from this response in normal bone remodeling owing to using these drugs. OTM can be influenced by the topical or general administration of pharmacological agents. [11] One of the side effects which is of concern for orthodontists, around the world, is its capacity to affect bone physiology and remodeling and by doing so affecting the rate of OTM. A review of literature on the subject suggests that Corticosteroids affect the rate of OTM, and may also influence the long-term stability of orthodontically moved teeth. Table 5 showed main findings of selected studies. Table 6 showed meta-analysis. [12-14]

Effect of delay drugs on orthodontic treatment and its consequences

Basically, OTM is a biological response to mechanical forces. The prolonged application of controlled mechanical forces induces this movement, which develops pressure and tension zones in the alveolar bone and periodontal ligament, and remodels the tooth sockets. Orthodontists normally prescribe medicines such as NSAIDs for the management of the pain caused by the application of force on biologic tissues. NSAIDs inhibit the prostaglandin synthesis and slow down the tooth movement. Prostaglandins play a key role in bone resorption. The most commonly prescribed medicines include celecoxib, vadecoxib, diclofenac, ibuprofen, acetaminophen and aspirin. Acetaminophen is the medicine of choice for orthodontic pains without influencing OTM. [15] Aspirin affects the biosynthesis, metabolism and composition of connective tissue mucopolysaccharides in the ground substance that provides barriers against the spread of infection and inflammation. [15] Aspirin was found to significantly reduce the numbers of osteoclasts and resorption lacunae in the OTM pressure areas; [16] however, paracetamol did not affect the OTM rate, and can be considered a medicine for relieving orthodontic pains. [17] Consuming several divided doses of diclofenac can help significantly inhibit or totally suppress the tooth movement. [18] In addition, the production of prostaglandin E in the periodontal ligament can be significantly inhibited using ibuprofen, therefore decreasing the tooth movement rate. [19] Nimesulide was found to decrease the bone resorption rate and the osteoclasts appearance and to therefore reduce the degree of tooth movement. Indomethacin can strongly inhibit the prostaglandin synthesis as it was found to reduce the tooth movement rate. [20]

• Duration of orthodontic treatment is increased for patients under Bisphosphonate therapy as the bone turnover is delayed.

• The effect of Fluoride amount of tooth movement was decreased.

• Corticosteroids group of drugs affect the rate of OTM, and may also influence the long-term stability of orthodontic ally-moved teeth.

• NSAIDs were found to effectively reduce the pain caused by orthodontic treatment, and to also influence the tooth movement by reducing the bone resorption or inflammatory process. 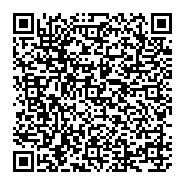