Dental Care Knowledge and Practice of a Group of Health Workers in Benin City, Nigeria

Background: The correlation between knowledge of dental care knowledge and its practice varies among the different health professionals. Aim: The aim of the following study is to assess the knowledge and practice of health workers in a private medical health facility on dental care. Subjects and Methods: A descriptive crossâsectional study was carried out on the health workers in Faith Medical Center, Benin City, Nigeria. A selfâadministered questionnaire, containing 31 open and closed questions was used for data collection to assess their knowledge and practice of dental care. The data was analyzed using the Statistical Package for Social Sciences (SPSS) version 17.0 (Chicago, IL, USA) and WIN PEPI software version 11.15. Results: None of the respondents had a poor knowledge of dental care, but majority had poor practice. The pattern of distribution of knowledge and practice of dental care observed in this study was not significantly affected by age, gender, occupation and working experience. The entire respondents knew that bleeding from the gum is not normal and 96.2% (75/78) gave correct causes of bleeding gums. Majority 88.5% (69/78) also knew that tooth decay is not normal, but fewer 66.6% (52/78) knew the correct causes of tooth decay. Only 37.2% (29/75) of the respondents took correct action after experiencing a toothache (i.e., consulting a dentist for proper management) and majority 80.8% (63/78) and 76.1% (60/78) still make use of toothpicks, which is considered as potentially harmful and frequently consume cariogenic diet respectively. Conclusion: There is a good knowledge of dental care, but poor oral health practices among the studied health workers. Oral health education to correct their improper practices is therefore highly advocated.

Dental care is fundamental to general human health [1] and its importance to oral health cannot be overemphasized. Dental care is the practice of preventing and treating diseases of the teeth, gingiva and other tissues of the mouth.[2] Appropriately, adequate and regular dental care can afford the human person a healthy set of teeth. Unlike other human tissue, such as skin, that continuously grows and self‑rejuvenates, dental structures generally cannot repair themselves and require regular care to retain their health and vitality. Dental care can sometimes be the forgotten part of a healthy life‑style, as its importance is often underestimated.[2] The need for regular dental care however cannot be overstated.

Dental care involves scaling and polishing, which should be done once or twice a year, efficient daily brushing (twice daily) and dental flossing.[3] It also includes being observant to know when there are presence of holes, stains and malodor from the mouth and checking with the dentist for appropriate intervention.[4] Poor dental care can cause, exacerbate or presence of disease, both in the mouth and elsewhere in the body.[2] A growing body of research now links periodontal disease with increased risk of heart attack, stroke, diabetes, ulcers, respiratory problems and preterm, low birth‑weight babies and other serious systemic problems.[3,5‑7] Many disease and conditions have oral warning signs, which may be the first clue to clinical disease example is koplicks sign in measles.[8]

Poor dental care can contribute to oral cancer, which now takes more lives annually than cervical or skin cancer.[2] Health workers have been said to be co‑educators of their patients on ideal dental care.[9] They are able to carry out the role because they may be the first to come in contact with patients with dental issues.[10‑12]

A descriptive cross‑sectional study was carried out on the health care workers on dental care in Faith Medical Center, Benin City, Nigeria. Sample size was not determined because all the health workers in faith Mediplex were eligible and the total population of 78 was used for the study. A self‑administered questionnaire, containing 31 open and closed questions was used for data collection. The questionnaire was a modification of what was previously used for a similar study.[13] It included information related to health worker’s age, sex, designation or department. The questionnaire was further categorized to evaluate the knowledge and practice of dental care. From the questionnaire, 10 questions were used to assess knowledge. Questions including who a dentist is, if tooth decay and bleeding gums are normal, causes of tooth decay and bleeding gums, if tooth loss with aging is natural, if all teeth can be kept for life, if tooth loss is a serious problem, consequences of tooth loss and if tooth loss can be prevented by dental treatment. A score of 1 was awarded for every correct answer. A grade of 0‑10 was used. Those who scored below 4 were considered to have poor knowledge; a score of 4‑7 fair and 8‑10 good.

Six questions were used to elicit respondents’ practice of dental care: Action taken after tooth decay, routine visit to the dentist, frequency of tooth brushing, method of tooth brushing, consumption of cariogenic substances and the use of toothpick. A correct answer was awarded a score of 1 while an incorrect answer got a score of 0. A grade of 1‑6 was used. Those who scored below 3 were considered to have a poor practice; score of 3 fair and 4‑6 good.

The collected data was analyzed using the Statistical Package for Social Sciences (SPSS) version 17.0 (Chicago, IL, USA) and WIN PEPI software version 11.15 [14]. For cells less than 5, likelihood ratio Chi‑square and William’s criterion was computed. Results were presented in form of frequency tables and cross tabulations. Level of significance was set at P < 0.05.

Participation was voluntary and informed consent was obtained. The protocol for the study was reviewed and approved by the Ethics Committee of Faith Medical Centre, Benin City, Nigeria The study was carried out within a 6 months period (January 2011 to June 2011). Data gathered from respondents was treated with utmost confidentiality. We also ensured that tools for data collection were never offensive to the respondents.

Table 1: Relationship between respondents? demographic characteristics and their knowledge of dental care.

Table 2: Relationship between respondents? demographic characteristics and their practice of dental care.

Table 3: Specific knowledge of dental care among the respondents.

Only 37.2% (29/78) of the respondents took correct action after experiencing a toothache (i.e., consulting a dentist for proper management) and majority (80.8% and 76.1%) (63/78 and 60/78) still make use of toothpicks, which is considered as potentially harmful and frequently consume cariogenic diet respectively [Table 4].

The pattern of distribution of knowledge and practice of dental care observed in this study is not significantly affected by age, gender, occupation and working experience. However, it was discovered in this study that there is a disconnection between the health workers’ knowledge of dental care and their practices. It has been said that although oral health knowledge does not necessarily translate to oral health behavior, people who have assimilated this knowledge have a certain control of their oral health and are likely to adopt good self‑care practices.[14] The result from this study does not support this school of thought since the same group of individuals who seem to have a good knowledge also reflected poor practices.

No poor knowledge was reported among the doctors in this study. This could be attributed to the weekly seminar presentations by the general dental practitioners in this medical facility and the presence of the dental clinic in the Medical center. This result is in contrast with a previous study carried out among physicians,[15] where 47.8% and 52.2% of the physicians reported fair and poor oral health knowledge respectively. Another reason for this difference in the two studies may be the fact that knowledge was assessed objectively in our study while the knowledge in the other study was self‑reported. The physicians studied may have claimed to know less than they actually know on oral health issues.

The majority of this study’s respondents had poor oral practices like use of potentially harmful agents such as toothpicks, frequent consumption of cariogenic substances and poor consultation of a dentist. A similar study carried out in the same locality (Benin, Nigeria) among school teachers, also reported poor oral practice.[13] This similar pattern may be cultural. It is believed that behaviors and practices may be as a result of cultural or local influences.[16] The longer working experience has been reported to a positive effect on individual’s knowledge.[17] This study however contrasts this assertion because the percentage of individuals with working experience above 10 years who had good knowledge is fewer than the percentage of individuals who have worked for 10 years or less.

The studied health workers were quite knowledgeable on the etiology of dental caries and gingival bleeding. This is not surprising due to their medical background. It is expected that they would have come across this knowledge, in varying degrees, during their training. The level of knowledge recorded in this study is higher than what was reported in a non‑medical group where several persisting misconceptions on oral health were unveiled.[18]

Some improper practices were however unveiled by this study, such as improper consultation for dental conditions. The percentage of respondents who claimed consulting a dentist after experiencing toothache in this study is lower than the 69.6% reported in a similar study among non‑medical individuals.[18] The reason for this difference may be self‑medication which has been reported to be common among dental patients.[19,20] Health workers may have more tendencies for self‑medication. It has been said that medical knowledge and access to prescription of medications may increase the potential for medication.[21]

The use of potentially harmful interdental cleaning agents, such as toothpicks, is still very prevalent among the studied health workers. The result from this study is similar to that reported previously.[15] Frequent consumption of cariogenic diet was also reported in this study and this practice is also potentially harmful. In the developing countries, it has been reported that dental caries increases where there has been increased exposure to dietary sugars.[22]

There is a good knowledge of dental care, but poor oral health practices among the studied health workers. Oral health education to correct their improper practices is therefore highly advocated. It will also be necessary to include dentistry in the curricular of medical school with more emphasis on promotive and preventive aspects of oral health as well as community participation.

The population in the study area of interest was limited to 78. This number made it not possible for adequate associations and correlations. A larger population encompassing more hospitals is recommended for correlations to be made. There is limited literature available on previous studies involving doctors and nurses in similar developing countries. 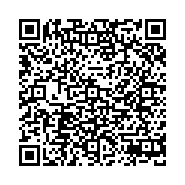