Background: Gum Arabic (Acacia) is an edible dried gummy exudate from the stems and branches of Acacia Acacia and A Seyal. The biologic effects of gum Arabic includedthe enhancement of dental tissue remineralization due to its rich content of calcium, magnesium, and potassium salts. The aims of the current study were directed to evaluate the clinical effect of (Acacia) on the reduction of root dentine hypersensitivity and to compare the impact of acacia with the potassium nitrates (Kno3) clinically. Subjects & Methods: Randomized, double-blind, controlled clinical trial using splitmouth design tested on 52 teeth selected from 26 female patients with a mean age of 37 years that had hypersensitivity following non-surgical periodontal therapy through root planing. Candidates were chosen randomly from the periodontics division, college of dentistry, King Khalid University (KKU). The Verbal Rating Scale (VRS), was applied to evaluate the degree of hypersensitivity based on the patient’s response to tactile and air blast stimuli, recorded from (0 cm to 10 cm). In addition, a Visual Analog Scale (VAS). Test was employed to record pain intensity. Group A (n=26 teeth surfaces) received acacia gel, which applied topically to the sensitive root surfaces, and group B (n=26 teeth surfaces) treated by KNO3 on teeth of the contralateral side, control group. Both groups received consecutive applications at days (1st, 7th and 14th). Results: Air blast scale showed pain reduction on both test and control groups immediately after the treatment, one week and 14 days following application. There is no statistical significant difference in the reduction of root sensitivity between acacia and KNO3 groups (P-Value<0.05). Conclusion: Arabic gum or acacia effectively reduces the pain of hypersensitive root dentine following root planning without any side effects. Acacia and KNO3 are equally effective in lowering root dentine hypersensitivity.

Dentin Hypersensitivity (DH) is defined as a short sharp pain that arises from exposed dentine. It appeared in response to external stimuli such as thermal, evaporative, tactile, osmotic, or chemical forces. Any other dental defect or pathology cannot explain it. [1-3] The severity of cervical dentine hypersensitivity is often dependent on the site and size of the dentine exposure and the patency of the dentinal tubules. Treatments in general dental practice involve the occlusion of the opened dentinal tubules in one way or prevention of the osmotic movement of fluids inside dentinal tubules. [4] Teeth hypersensitivity impedes an individual's everyday activity, such as brushing and speaking. [5] However, some patients do not seek treatment for their hypersensitive teeth because they consider it a mild oral health problem. [6]

Gum Arabic is defined as an edible dried gummy exudate from the stems and branches of acacia senegal and A. seyal [1] and defined by FAO/WHO as dried exudation obtained from stems of A. senegal. The biological effects of AG included the reduction of plasma cholesterol and the enhancement of dental tissues remineralization. [2] Due to its rich contents of Ca++, Mg++, and K+ salts of polysaccharides that detected by the histo pathological method. [7] Arabic gum has an antimicrobial activity due to its constituent enzymes, such as oxidase, peroxidase pectizes, and cyano genetic glycosides. This definition was subsequently modified by the Canadian board, [8] suggesting that disease is a more appropriate term than pathology. The aims of the current study directed to evaluate the efficacy of acacia on the reduction of root dentine hypersensitivity and to compare the effect of acacia with the KOO3 on the decrease of root sensitivity following root planning during non-surgical periodontal therapy.

A randomized, double-blind, controlled clinical trial using a split-mouth design was conducted on 26 female patients. Candidates were selected randomly from the periodontics division, college of dentistry, King Khalid University (KKU). Ethical approval no (SRC/ETH/2018-2018/019) (Appendix I) was issued from the scientific research committee (KKU). All participating patients signed a consent form (Appendix II) before treatment. The study duration was from 29/11/2017 to 28/01/2018. The exclusion criteria included patients with a compromised medical history, pregnancy and ladies taking oral contraceptive therapy. In addition, candidates under analgesics (Anti-inflammatory or tricyclic antidepressant), orthodontic appliances, deep caries, non-vital teeth or significant pulp damage, tooth whitening or bleaching agents in the last six months and congenital enamel or dentin defects were excluded from the study. Sample size was calculated before commencement of the trial. Assuming a 1 point difference in VRS scale and using 0.8 mm as standard deviation power analysis revealed that 26 patients (total 52 teeth in both groups) were required in each group for a t-test power level of 85% with significance level of 0.95 (Christodoulides et al., 2008). [9] Recruitment of additional patients accounting non-compliance and follow up dropouts were considered.

The selected candidates were diagnosed with generalized periodontitis sage III grade B, [10] phase one therapy was applied through an accurate scaling and root planing following oral hygiene instructions. In addition, a sensitivity test was used and a minimum of two teeth confirmed with sensitivity were selected from each candidate.

Two scales were used for assessment of pain. The first was a Visual Analog Scale (VAS), [11] a Numeric Rating Scale for uni dimensional assessment pain intensity (NRS Pain) that provided a simple technique for measuring subjective experience. The second scale was air blast (Schiff scale), [12] which used to record the degree of hypersensitivity based on the patient's response to the tactile and air blast stimuli, recorded from (0 cm to 10 cm). The selected teeth were divided into two groups (group A (n=26), test group) treated by topical application of Acacia gel (20 mg/ml prepared by dissolving 2000 mg of Arabic gum powder in 100 ml of distilled water), and (group B (n=26)), the control group on the other contralateral side received topical application of KNO3. Randomization and allocation were random, acacia and KNO3 gel were supplied as similarly labeled identical syringes. They were sealed to allow only the tip to dish out the gel. The investigator and the patients were blinded to the material dispensed in the syringe. Pain assessment was recorded at the baseline and days (1st,7th and14th).

Data was collected on a clinical proforma (Appendix III). In addition, a descriptive statistical analysis was performed using SPSS. Software, version 19.00. The reduction in the root sensitivity in both treatment groups at different time intervals was analyzed using the Chi-square test. The level of statistical significance was set at (P value=0.05).

A total of 52 teeth selected from 26 female patients with a mean age of 37 years were evaluated in the current study. There was no reported adverse reaction. All the participants followed and completed the trial, so the patient compliance rate was 100%. Table 1 demonstrated the patient's response to the application of Acacia (test) and KNO3 (control) using the VAS scale throughout the study (days zero,7th and 14th). These results showed no statistically significant difference between the Acacia (test group) and KNO3 (control group) (P>0.05).

Table 1: Shows the patient's response to the application of Acacia (test) and KNO3 (control) using the VAS scale throughout the duration of the study, days (1st, 7th, and 14th).

Table 1 showed the distribution of pain scores for Acacia and KNO3 groups using a Verbal Rating Scale (VRS) from the baseline up to the 14th day after application. Again, there was no statistically significant difference in pain reduction between the two groups. 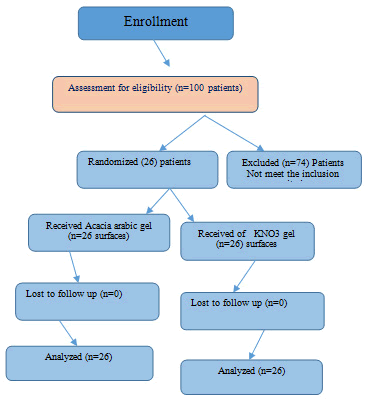 Figure 1: The flow diagram of the clinical trial

Figure 2: Demonstrated the intensity of pain scored by VRS scale on teeth treated by Acacia from examination day up to 14th day.

Figures 1 and 2 illustrated the intensity of pain scored by VRS scale on teeth treated by acacia from examination day up to 14th day. Score zero which referred to no pain represented the highest score on day 14th following treatment.

The intensity of the pain scored by the VAS scale was illustrated on Figure 3. It showed the changes of pain intensity on day zero (first day), after 7 and 14 days later. Patients’ response to pain stimuli with zero score was achieved on day 14th. 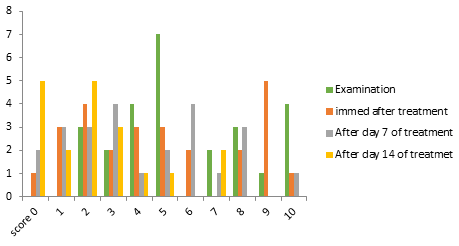 Figure 3: Showed patient response to VAS following treatment by Acacia on the examination date,7 and 14th day following its application.

The prevalence of dentine hypersensitivity has been reported between 4% and 65% among adults. [13] These variations are likely due to differences in the populations studied and the methods of investigation. Within the limitation of this double-blind controlled randomized clinical trial, Acacia provided clinical evidence in reducing sensitivity which developed after root planning in treating patients diagnosed by generalized periodontitis stage III grade B. The VAS is a unidimensional measure of pain intensity provided a simple technique for measuring subjective experience. Because there was evidence of increased error and decreased sensitivity, [11] another additional scale, air blast (Schiff scale), [12] was applied to record the degree of hypersensitivity based on the patient's response to the tactile and air blast stimuli. The assessment of perceived pain is necessary for the clinical setting of diagnosis, choice of treatment, and evaluation of the treatment outcomes in a research context. [14]

The central line for managing (DH) suggested the occlusion of the dentinal tubules. In agreement with the current research, a clinical study conducted by Sharma et al., [15] illustrated the effectiveness of potassium nitrate in reducing root hypersensitivity when applied in toothpaste and mouth wash. Both the formulas have a therapeutic potential to alleviate dentinal hypersensitivity. [15] In the literature, data of some researchers confirmed that meticulous plaque control would diminish RDS problems. [16]

A study carried by Paramita et al. [17] on the effect of acacia towards remineralization of enamel. Concluded that acaia is effective on occluding demineralized enamel and increasing its hardness. These findings suggested the possibility of acacia to be effective in reducing dentine sensitivity, agrees with the results of the current study. Microbiological and biomarker studies may provide further evidence for the clinical efficacy of acacia gel seen in the present clinical trial. The effect of Arabic gum tested again on enamel caries in a study carried by Onishi et al., [7] who concluded that acacia could enhance the remineralization of caries-like enamel lesions in an in-vitro, suggesting its inhibitory effects towards dental caries.

Roberta et al. [18] conducted a systematic review on the effect of desensitizing agents on dentin hypersensitivity after non-surgical periodontal therapy, and they did not reach a definitive conclusion due to the limited quality of evidence. Fluoride varnish is considered most efficient in the complete obliteration of the dentinal tubules requiring a single application in a study conducted by Rocha, et al. This result agrees with the current study where a single application of acacia resulted in complete resolution of the pain of sensitive root.

Few studies were carried out on the effect of acacia on occlusion of dentinal tubules and reduction of pain of sensitive teeth. Thus, further clinical studies with a low risk of bias and high-quality evidence are encouraged. 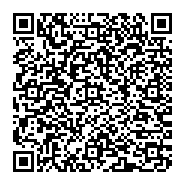