Background: Selective inâÂÂÂÂvivo antiâÂÂÂÂfungal action of potassium iodide (KI) is an enigma, but circumstantial evidences strongly indicate some immune mechanism. Aim: Study was to demonstrate inâÂÂÂÂvitro immuneâÂÂÂÂmodulating role of KI. Materials and Methods: In identical test conditions keeping appropriate control, different immunological tests were performed with and without 0.1% effective concentration of KI. i) Sera from Coombs positive mothers were treated with O, RhâÂÂÂÂpositive erythrocyte suspensions along with Coombs’ sera (CS)/Bovine albumin (BA)/KI. ii) Amboceptor and complement (C) mixtures were titrated for hemolysis with or without KI. iii) Suspension of Salmonella Typhi with positive sera from enteric cases and C + KI was incubated at 37°C for 30 minutes, then subâÂÂÂÂcultured on MacConkey Agar. iv) Positive serum from chronic mucoâÂÂÂÂcutaneous candidiasis patient was treated with suspension of candida isolate and C + KI at 37°C for 30 minutes then subâÂÂÂÂcultured to note variations in colony counts. The data was analyzed by Fishers exact test using Graphpad Prism 5 version 5.00 (California USA) Results: i) KI like BA or CS showed hemagglutination. ii) CâÂÂÂÂmediated hemolysis was inhibited in presence of KI. iii) CâÂÂÂÂmediated lysis of S. typhi was partially enhanced by KI showing reduced number of colonies; iv) while lysis of candida was reduced. Conclusions: KI increases avidity of some immune reactions including CâÂÂÂÂmediated cell lysis. An increase or decrease of cellâÂÂÂÂlysis resulted by KI probably mediates by altered access of CâÂÂÂÂbinding receptors. Thus, hypothetically, a nonâÂÂÂÂprotective Splendore HoeppliâÂÂÂÂlike deposit around fungus may turn into protective immune mechanism by influence of KI.

Potassium iodide (KI) is an agent which has no in-vitro anti-microbicidal action,[1] yet has long been used for treating some bacterial or fungal diseases, probably due to enhancement of specific immunoprotection mechanism by some unknown pathway.[2] Oral KI therapy is found to affect specific lysis of those fungi in tissues having histological hallmarks of some eosinophilic immune deposit around them in the form of Splendore-Hoeppli (SH) bodies. It also alters course of lepra reaction and some type III immune complex diseases. All these indicate a need for experimental evidences of immune-modulating role of the drug.

In identical test conditions keeping appropriate control, the following immunological tests were performed with and without 0.1% effective concentration of KI. The concentrations of KI or other test reagents for the purpose of tests were determined based on initial trials. The data was analyzed by Fishers exact test using Graphpad Prism version 5.00 (California, USA) statistical software.

In this set, tests were performed with different combinations of three reagents as follows:

1. Equal volume (20 μl) of O Rh D-positive human RBC suspensions (10%) and anti-D sera from sensitized mother were incubated at 37°C for 30 minutes. To 40 μl of mixture, 20 μl of Coombs sera was added and stirred. Any hem-agglutination occurring within five minutes was noted by naked eye observation and microscopic confirmation. Here, anti-Rh antibody that does not agglutinate erythrocytes in saline but effects agglutination after adding anti-globulin (CS) or bovine albumin (BA) is termed incomplete antibody.

2. In negative control, sera from Coombs test negative patients were used in place of positive sera.

3. For test with BA, Coombs sera was replaced by 20% BA (dissolved in phosphate-buffered saline).

5. In another control set for immune reaction with high avid complete antibody, commercially available anti-D sera (Span Diagnostic Ltd., India) was used. Equal parts of cell suspensions and normal saline were mixed with one part each of ten-fold serial dilutions of antibody up to sub-agglutinating concentration. In another set, saline was replaced by equal volume of 0.3% KI. Antibody titer for end-point agglutination was noted.

2. In the negative control row, anti-SRBC was replaced by anti-sera, collected before the 1st dose of sensitization of the rabbit with sheep’s RBC.

Test 3: Effect of KI on complement-mediated lysis of Salmonella Typhi

1. Bacterial suspension of Salmonella Typhi from one stock culture was grown in Nutrient broth, adjusted to 0.5 McFarland turbidity standard. After four-fold dilutions, one standard loopful (0.004 ml) of bacterial suspension was inoculated in McConkey agar for overnight incubation at 37°C, and colony count was noted.

2. Serum samples collected from one Widal-positive (TH titer 360) enteric fever patient. In each of five test tubes, 0.2 ml of standardized bacterial cell suspension was taken and 0.2 ml of two-fold serial dilutions of patient sera (1/2, 1/4, 1/8, 1/16, and 1/32, respectively) was added. To each tube, 0.2 ml of 1 in 10 dilution of complement and 0.2 ml of NS was added. Mixtures were incubated at 37°C for 30 minutes. A standard loopful of mixture from each tube was sub-cultured for colony count. (Positive control)

3. In the negative control tubes, positive sera was replaced by 0.2 ml of sera from healthy individual with blood culture and Widal test negative for S. Typhi.

4. In the test row, bacterial suspension with positive sera was used, and 0.4% of 0.2 ml KI was added in place of NS before addition of complement. Mixtures were incubated at 37oC for 30 minutes, and then standard loopful was sub-cultured from each tube for colony count.

Five repetitions of the tests (positive control set and test set with KI) were performed.

Test 4: Effect of KI on complement-mediated lysis of Candida albicans

1. After four-fold dilutions, one standard loopful (0.004 ml) of Candida suspension was inoculated in Sabouraud’s dextrose agar plate for overnight incubation at 37°C, and colony count was noted.

3. In the negative control tubes, positive sera were replaced by 0.2 ml of sera from healthy individual.

4. In the test row, Candida suspension with patient sera was used, and 0.4% of 0.2 ml KI was added in place of NS before addition of complement. Mixtures were incubated at 37°C for 30 minutes. A standard loopful was sub-cultured for colony count.

Five repetitions of the tests (positive control set and test set with KI) were performed.

Test 1: Out of 25 slides for each set, hemagglutination resulted by so-called incomplete Ab[3] in presence of Coombs sera in all 25; by BA in 23, and by KI in 20 instances but no agglutination in negative controls. So, the test with KI may be a simpler alternative of indirect Coombs test for Rh sensitized mothers.

The end-point dilutions of commercially available high agglutinating anti-D sera that resulted hemagglutination were same for the tests with and without KI.

Test 4: The original colony count of Candida albicans in an average 331 was reduced to 167 in presence of complement; however, less lysis was noted in presence of C and KI. (199) Details are shown in Table 2 with P value significant (0.05).

Urabe et al. (1969)[4] believed that the anti-microbial effect of KI was mediated through microbicidal effect of molecular iodine formed by the human body. Although KI appears to be particularly effective in those conditions where neutrophils predominate, the drug has an inhibitory effect on neutrophilic chemotaxis.[5] So, effect of KI on neutrophils cannot be a mechanism of action of the drug against selective infections. In fact, if any specific immune-protective mechanism is potentiated by some interaction in presence of KI, this would boost-up host-defense in general and would be a marvel drug for all varieties of microbial infections in immunocompetents.

Klebanoff et al. (1967)[6] hypothesized that iodide-induced enhanced intra-phagocytic killing mechanism was due to iodide-myeloperoxidase complex formation. The hypothesis is based on observation of in-vitro bactericidal activity against Escherichia coli, but in practice, it is neither effective against E coli infections nor any intra-cellular bacterial infections. KI is effective against localized form of infections of some selective low virulence microbes only and paradoxically poorly effective against their systemic infections.[2] Human volunteer study by Rex and Bennett (1990)[7] disproved role of enhanced phagocytosis by KI-treated macrophages and pointed towards need of a realistic hypothesis, because all previous hypothesis indicates wide-spectrum anti-microbial action of KI, which is not true and fail to explain why such action is of very selective in nature, particularly in diseases with Splendore-Hoeppli phenomenon e.g., sporotrichosis, actinomycosis, entomophthoramycosis, chromoblastomycosis, and some mycetomas.[8]

Koppisch (1941)[9] interpreted the Hoeppli phenomenon as a specific antigen-antibody reaction, and this view was confirmed in-vitro by Oliver-Gonzalez.[10] Some clinical conditions related to Arthus phenomenon, e.g., nodular vasculitis, erythema nodosum, Sweet’s syndrome[11] were successfully treated by oral KI, when drug was started at early onset. So, the target of drug action in fungal diseases may be SH deposit. This fact was supported by early lysis of peri-fungal eosinophilic (SH) deposit and cell wall in one serial biopsy study[12] on treatment follow-up for entopmophthoramycosis. If we think about immune-modulating role of KI on SH deposit, the in-vivo lysis of microbe most likely could happen by membrane attack complex (MAC)[13] formation after complement activation, and lysis of immune deposit may result from effective phagocytosis by complement activation products. The view is also supported by therapeutic effect of KI on some immune-complex diseases and precipitation of lepra reactions.

Visible immunological reactions depend upon affinity and avidity of antigen-antibody binding. The immune-modulating role of KI may also be explained in terms of avidity. Avidity refers to the strength of association between multiple antibody binding sites and multiple antigenic determinants. Bovine albumin caused visible agglutination of red cells with anti-Rh D sera containing the incomplete IgG. Probable explanation could be that addition of a polar molecule, such as BA in the suspending medium increases its ability to dissipate the repulsive force between red cells. The cells approach each other closely enough for an IgG molecule to span the gap, thus increases the avidity of the reaction resulting visible agglutination. In cases of Rh sensitization, due to presence of much blocking[3] incomplete Abs of high avidity, observable agglutinations fail to occur by low avid bi-valent IgG. Here, addition of KI causes observable agglutination reactions like that of BA.

Only a few immunoglobulins are complement-fixing although many of them contain C-binding receptors. Complement fixation is a conditional phenomenon where presence of complements and C-binding receptors on CH2 domains of immunoglobulins are not enough and remains inaccessible until a favorable structural reformation[14] occurs, usually following binding of antigens on Fabs. So, only the optimally avid Ag binding opens up better scope for C-binding, which occasionally may be induced by KI. This preliminary study prompted us to develop a new hypothesis based on immunomodulating role of KI.

In most of complement fixation reactions, Ag and Ab bindings result sub-agglutinating suspensions due to low avidity, as happens in case of amboceptor (SRBC coated with Ab). Such Ag-Ab complexes when attach with two or more of the globular Ab binding sites on arms of C1q, the complement activation starts, thus result hemolysis by MAC formation. When KI was added to amboceptor before addition of C, Ag-Ab binding with high avidity probably resulted structural reformation of Ab in such a way which caused decreased scope for binding with C1q. Similarly, lysis of C. albicans in presence of specific Ab and C was also reduced by adding KI. But, the bacteriolysis of S. Typhi in presence of Ab and C showed significant enhancement. Probably in a few special situations, influence of KI on structural reformation may favorably express more C-binding receptors resulting enhanced cytolysis, while in some other situations, such interaction may be reversed or equivocal. This can be a satisfactory explanation for very selective therapeutic action of KI in some microbial infections where Splendore Hoeppli-like immune deposits are evident in lesions.[15] In those cases, a Splendore Hoeppli-like non-protective immune deposit may turn into a protective one by causing C-mediated lysis of the cells. New hypothesis should be substantiated by further immunological studies. Any other chemical agent that may play similar immune-modulating role should also be tested along with justification of the scope of their application in medicine.

Potassium iodide, like bovine albumin, enhances agglutination between Rh-positive cells and Coombs positive sera. It may also modify outcome of complement fixation-dependent cytolysis either enhancing or retarding the reaction. Such immune-modulation may have some relation with therapeutic efficacy of this drug when used for some infections where no direct anti-microbial role of iodide is established. 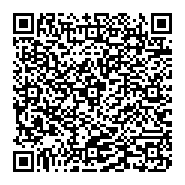