Epicardial adipose tissue (EAT) has been found to be an important reliable marker for future coronary events. Deposition of the EAT in young individuals is not well known. We studied EAT in 25 young overweight or obese individuals. In spite of the high visceral fat and total body fat, EAT thickness was not found to be high in the participants of our study.

Epicardial adipose tissue (EAT) is the fat present between the myocardium and pericardium. It is present around both ventricles with variable extent and distribution patterns.[1] This adipose tissue is involved in the secretion of pro‑inflammatory and protective factors, together called as adipocytokines.[2] Even though the relation between inflammation and coronary artery disease (CAD) is poorly understood; there is strong evidence suggesting that chronic inflammation, local or systemic is a risk factor for CAD.[3] Increase in EAT thickness may cause an increase in the production of pathogenic adipocytokines which may further increase the risk for CAD. Unlike visceral adiposity which has been established as a major risk factor for the development of cardiovascular diseases (CVD), the relation between EAT thickness and CVD is not strongly established. However, there is increasing evidence suggesting a close association of high EAT thickness values and coronary atherosclerosis.[4] Excess visceral adipose tissue deposition can be seen at a young age, but the deposition of the EAT in younger individuals is not well known. Hence, we studied the EAT thickness in young overweight and obese individuals and examined its relation with the body mass index (BMI), visceral fat (VF) and total body fat (TBF).

A cross‑sectional study was conducted at a tertiary care hospital in South India. Obese and overweight individuals who approached the Department of Physiotherapy for the weight loss program were educated regarding the risks of increased EAT thickness. We included participants between the age group of 18 and 25 years having a BMI ranging from 25 to 40 kg/m2. These individuals were also part of a larger trial (Institutional ethical clearance ‑ UEC/55/2009) that studied the benefits of exercise training on EAT thickness. Individuals with existing CVD were excluded from the study. A total of 25 individuals, of which 10 were males and 15 were females fulfilled the selection criteria and were willing to participate in the study.

Demographic data and anthropometric measurements such as height, weight and BMI were taken. BMI was calculated as weight in kilograms divided by the square of height in meters. TBF and VF were calculated using the body fat analyzer (BFA) (OMRAN, HBF‑362 model). BFA has a platform and a handheld device. The individuals were instructed to stand on the platform of the instrument. Details of their age, gender, height and weight were entered in the instrument. The individuals were then advised to hold the hand device with both the hands and isometrically contract for 10 s. Values of TBF and VF were noted.

The participants were then tested for their EAT thickness using two‑dimensional transthoracic echocardiography. With the participant positioned on left side lying and supine, para‑sternal long axis view and para‑sternal short axis view of the epicardial fat thickness on the free wall of the right ventricle were measured. Highest absolute epicardial fat layer thickness is found around the right ventricle and hence it was studied.[1] All the readings were taken by an experienced cardiovascular technician under supervision of a cardiologist. An average of the two values was considered as EAT thickness.

Statistical Package for Social Sciences (SPSS) version 16 (SPSS Inc., Chicago, IL, USA) was used for statistical analysis. Descriptive statistics was used to analyze demographic characteristics. Non‑parametric Mann‑Whitney U test was used to compare between group differences. The correlation between parameters was tested with Spearman’s rank correlation coefficient. Level of significance was set at P < 0.05 for all the statistical tests.

We studied EAT thickness in 25 young overweight and obese individuals. Even though the study was conducted at a single center, the participants were students from various parts of India. The EAT thickness was not found to be increased in the participants our study. This shows that in spite of high VF and TBF, the EAT thickness may be less. The EAT thickness found in our study participants was less compared with previous studies.[5‑7] European middle aged men without metabolic syndrome had a mean EAT thickness of 4.1 ± 1.8 mm in the study conducted by Capristo et al.[5] This mean is significantly higher than the mean EAT thickness of our population. Similar findings can be seen in the study done by Iacobellis and Leonetti [6] were mean thickness of EAT was found to be 7.4 ± 3 mm and 9.8 ± 4.5 mm in middle aged obese males and females respectively. Recently reported cut off point of EAT thickness for predicting metabolic syndrome in Venezuelan population [7] is more than 5 mm. This brings us to a question whether epicardial fat accumulation begins in later age unlike VF? Furthermore, whether epicardial fat deposition is less in Indians? It would be interesting to look into these facts by conducting a larger study with diverse population. As our study sample was small and lacked individuals with normal BMI, we cannot generalize the findings of our study. Also, BFA is not the gold standard measure to assess TBF and VF.

In spite of the high VF and TBF, EAT thickness was not found to be high in the participants of our study. Unlike VF, epicardial fat accumulation may begin at a later age.

The authors would like to thank Dr. Tom Devasia for supervising and Miss. Sowmya for carrying out the echocardiography. 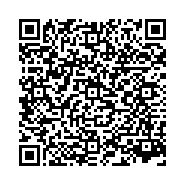