Estimation of Stature from Arm Span in Medical Students of Maharashtra, India

“Identification is an individual’s birth right” United Nations Declaration on Human Rights dated December 10, 1948.[1] Identification is more important in dead unknown bodies and mass disaster like explosion, railway and aircraft accidents, where only parts of bodies might be available. Apart from identification, stature measurement is required for assessment of children’s growth,[2] calculation of nutritional indices,[3] for prediction and standardization of physiological parameters such as lung volumes,[4] muscle strength,[5] glomerular filtration rate,[6] and resting metabolic rate[7] and for adjustment of drug dosage.[8] However, in some cases, measurement of stature is difficult or impossible due to deformities of the trunk or legs, lower limb amputation, fractures or contractures or in patients who are unable to stand.[9]

Dimensional relationship between body segments and the whole body has been the focus of scientist, anatomist and anthropologist for many years.[10] For this purpose, many sets of regression equation have been developed, and the better known are Karl Pearson, Trotter and Glesser from western countries and Pan (1924), Singh and Sohal (1952), and Mehat and Thomas were from India.[11] Previous studies have reported the effectiveness of using various body parameters in estimating stature and the arm span (AS) was found to be the most reliable.[12,13] Inter-population comparison and estimation of stature from these formulae are not appropriate, as climate, heredity, nutritional status of the population has been reported to have an effect on stature. In a country like India where racial and ethnic variations are well known, the region-wise study seems to be necessary.

Present study was planned to formulate regression equation and multiplication factor for the estimation of stature from AS in medical students of Vidarbha region of Maharashtra.

It was a cross-sectional study, did over a period of 2 years, from October 2011 to September 2013. By simple random sampling, four hundred students (219 males and 181 females) of three Government Medical Colleges of Maharashtra, India, aged 18–24 years were enrolled in the study after taking informed consent. The students who are born and brought up in a specific region of ancestral origin from this region are the target population. Students with deformity of limb or vertebral column were excluded. The study was approved by the Ethical Committee.

The subject was asked to stand barefoot on the base of a standard stadiometer in a standard standing position. The individual was instructed to stand barefoot, heels are slightly separated, and weight is borne evenly on both feet. Heels, buttocks and back are brought in contact with a vertical surface. The head is so positioned that the subject looks directly forward with the Frankfurt plane (the line joining the floor of external auditory meatus to the lower margin of the orbit) and biauricular plane being horizontal. The headpiece of stadiometer is kept firmly over the vertex to compress the hair and height is then measured.[14]

Arm span was measured with a flexible steel tape from the tip of the middle finger on one hand to the tip of the middle finger on the other hand with the individual standing with back to the wall with both arms abducted to 90° the elbows and wrists extended and the palms facing directly forward.[15] AS measurement includes the shoulder width.[16] Readings were taken to the nearest 0.1 cm.

Observations were recorded in a predesigned pretested proforma. All these measurements were taken by the single author to avoid inter-observer bias and were measured at a fixed time to avoid diurnal variation. All the above measurements were tabulated and subjected to statistical analysis.

As there was no Indian study to guide about sample size, assumption is made on the pilot study conducted on 50 subjects to calculate sample size. Required sample size for male is 195 and for female 174. Power of the study is 80%.

The measurements obtained were statistically analyzed using Stata version 10.0 (Texas, USA), a data analysis and statistical software. All measurement variables were presented with mean (standard deviation [SD]) and 95% confidence intervals (CI). Analysis of the differences in stature and AS, between male and female subjects was done by unpaired t-test. Karl Pearson’s correlation coefficients are derived between variables AS and stature, and standard error and coefficient of determination (R2) was calculated. Single linear regressions were done to estimate stature from AS. Multiplication factor is calculated. Multiplication factor is the ratio of the stature to the respective physical measurements. All the tests were 2 sided and P < 0.05 was considered as statistical significance.

Linear regression equations were derived for each age group and for total males separately for estimation of stature from AS [Table 1]. In males, AS showed high positive value of correlation coefficient (>0.8) which suggest a strong positive correlation between stature and AS [Figure 1]. Standard error for the total is ± 3.82. The equation derived for total males can be used within the predictive range (R2) of ± 0.79 for AS. Table 1: Regression equation for estimating height from AS in males in various age groups

Linear regression equations were derived for each age group and for total females separately for estimation of stature from AS [Table 2]. In females, AS showed high positive value of correlation coefficient (>0.8), which suggest a strong positive correlation between stature and AS [Figure 2]. As subjects were very less in two age groups (22–23 and 23–24 years), regression equation could not be derived. The equation derived for total females can be used within the predictive range (R2) of ± 0.81 for AS. Table 2: Regression equation for estimating height from AS in females in various age groups

Stature is a parameter that can be established even in mutilated and dismembered bodies, as well as in fragmentary remains. AS can be used for estimation of stature in living subjects also, in whom, it is not possible to measure the stature due to deformity.

In the present study, a total of 400 (219 males and 181 females) medical students between the age of 18 and 24 years were enrolled. Since maximum height of an individual is attained between 18 and 24 years, these individuals were selected for the study. Recently published studies [17-19] also enrolled subjects of same age group. A study from Thailand [20] has reported the decrease in the correlation between AS and stature with increasing age, as stature decreases with age and AS doesn’t. Although earlier study[15] found contribution of age is insignificant in estimation of stature, we have considered age and regression equations are derived for different age groups.

All the human beings belong to the same species, that is, Homo sapiens. No two individuals are exactly alike in all their measurable traits, even genetically identical twins (monozygotic) differ in some respects. These traits tend to undergo change from birth to death, in health and disease, and since skeletal development is influenced by a number of factors producing differences in skeletal proportions between different geographical areas. This explains the difference in anthropometric measurements in different geographical areas.

We observed that males have greater stature than females. This can be explained by genetic constitution of males. Age of puberty being 2 years later in males as compared to females give them additional time for growth. This suggests that the formula for one sex cannot be applied to estimate stature for other sex. The stature found by different authors[13,21,22] in India in different region or state is different than the present study. Author[22] from Chandigarh found mean (SD) stature of male was 168.2 (6.5) and of female was 155 (5.2) and this can be explained by different genetic constitution, environmental factors and nutrition in different population groups.

Mean AS in male was more than female, and it was statistically significant (P < 0.001). So, the same regression equation can’t be used in both sexes to estimate stature. We formulate regression equation for estimation of stature depending upon sex and age. We found a correlation coefficient (R) of 0.89 in male and 0.90 in female, which shows strong correlation between stature and AS and it was similar to published studies.[13,23] Published study from Iran[24] reported that height estimated from AS performs much better than AS, to predict pulmonary function parameters. So, these regression equations can be used.

In present study, medical students of Government Medical College were enrolled which are from middle to higher socioeconomic class. So, the anthropometric measurements can be on higher side, when compared to the general population. Ideal study to formulate regression equation for all population should be a community-based study. A range is the only thing that can be accurately determined from a formula. In addition, these equations cannot be applied for giants and dwarfs.

Stature of male was 170.75 (9.43) cm, and it was more than female [159.46 (±7.66) cm] with statistical significance. Similarly, AS of male was more than female. We found correlation coefficient (R) of 0.89 in male and 0.90 in female using simple regression, which shows strong correlation between stature and AS. Stature can be accurately estimated from AS using simple regression equation or multiplication factor 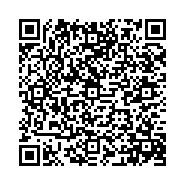