Malnutrition affects more than 95.9% of population in developing nations, and it has a big impact on children's health and their development and also associated with high morbidity impact and it is linked with changes in immunological-cytokines. The researchers needed to look at pro-in lammatory mediators in both healthy and underweight children. The goal of present study was to ind and compare the levels of pro-in lammatory cytokines in the control (healthy) and malnourished children. A total of 151 children were involved in this study, including 96 malnourished children and 55 healthy children of identical age and gender. The clinical, demographic, and plasma levels of Interleukin-1beta (IL-1beta) and 6, Tumor Necrosis Factor-alpha (TNF-alpha) and C-Reactive Protein (CRP) of these subjects were all evaluated using an ELISA kit. When compared to healthy children, malnourished children experienced a considerable reduction in weight and Weight-for-Age Z score (WAZ). Furthermore, the levels of serum interleukin-1 (IL-1) (0.10 vs. 0.05) and serum Interleukin-6 (IL-6) (pg/ml), (1.5 vs. 1.6), TNF-alpha (pg/ml) (1.7 vs.1.8), and CRP (mg/l) (0.7 vs. 1.0) were signi icantly higher in the malnourished group compared to the control group. Pro-in lammatory cytokines (IL-1, Interleukin-6 (IL-6), TNFalpha and CRP were found at higher concentrations in the blood of malnourished children.

Undernutrition, frequently known as malnutrition, is caused by nutritional malabsorption, and according to various prevalence-based studies, one out of every ten children in the globe is malnourished, with more than 95.9 percent of those residing in underdeveloped countries [1]. Malnutrition (Under nutrition) is a challenging community health issue that affects roughly one-third of children in impoverished nations. It is responsible for 14-17 percent of all child fatalities worldwide persistently, inadequate food intake and low-grade inflammation during pre-natal and post-natal development involved reducing production of growth hormone axis, early in life, and other factors enhance malnutrition in the child [2-5]. Deficits in micronutrients may contribute to the development of intrauterine growth retardation. Because specific micronutrients are essential for body development, maturation phase, sensorimotor development, and overall wellness. Undernutrition among children is the primary triggers of immunodeficiency those implications for both innate and acquired immunity [6,7]. A number of immune defects have been reported, likely an imbalance in the ratio of “CD4/CD8+ T cells [8,9], low CD69 expression levels on lymphocytes [10,11], biased T helper cell responses, reduced antibody responses, impaired phagocytosis by macrophages” [12,13], lower nitrite/nitrate concentrations in wound fluid [14] and decreased NF-kappa activation by macrophages [15]. Although, nutrient deficiencies are more common among children under the age of five, caused by insufficient dietary intake, an increased requirement for nutrients for rapid growth, and the onset of infectious disorders. It also has something to do with bone density, morphology, and stiffness. Inadequate food intake during growing phases can cause rickets and interfere with the attainment of genetically programmed height. Poor nutrition associate with malnutrition [5-7]. Although these deficiencies are associated with poor childhood growth, decreased immune competence, chronic diarrhea, anemia, and higher infectious illness morbidity [10]. Micronutrient deficiencies and viral illness frequently coexist and exhibit complex relationships in malnourished children, resulting in “Acute inflammation” that is associate with the activation of other components like-macrophages, natural killer cells, and the complement system and as resulting in the fabrication of ”Cytokines” [15-17]. Acquired immune responses are suppressed, but innate immune responses are amplified, and positive acute-phase proteins such as CRP are released, all of which contribute to the inflammatory response. Excessive inflammatory response resulting from an imbalance between pro-inflammatory and anti-inflammatory mediators is a key contributor to the development of Clinical Malnutrition Syndrome. TNF is comprised of two homologous proteins first one-TNF-a and secondly, TNF-b and both are produced primarily by mononuclear phagocytes (TNF-a) and lymphocytes (TNF-b) respect while both cytokines are active in a homotrimer form. However, TNF-a production in malnourished children must be examined because TNF-a deficiency may contribute to the immunological deficits that associated with famine whereas TNF-a overproduction, might exacerbate nutritional problems by causing anorexia and cachexia. Several studies reported that the Interleukin-1beta (IL-1beta) and Interleukin-6 (IL-6) are act as essential inducers for the production of “hepatocyte acute phase protein. Growth problems like growth impairment in the type of children are caused by persistent inflammation phase along with excessive synthesis of IL-1betaand -IL-6, which results in the form of stunting. Consequently, it create hindernce in the synthesis of the “Insulin-Like Growth Factor Binding Protein-3 Gene” in the liver and enhances the proteolytic degradation of the insulin-like growth factor binding protein-3 (IGFBP-3). It was revealed by seder quist and colleagues, that inflammatory cytokines including “TNF-a and IL-1 beta”, and interleukin-6, can have an influence on newborn development either alone or in combination. These biochemical substances have the potential to act both systemically and locally at the growth plate of long bones. The presence of Interleukin-6 (IL-6) produces CRP in the liver. On the other hand, severe enteropathy during infancy, has been linked to low levels of IGF-1 in the mother and hyper CRP and ‘Alpha1-acid glycoprotein’ during infancy, which has been linked to low-grade chronic inflammation. Taking into consideration this information, the current study aims to assess the levels of inflammatory markers IL-1beta, IL-6, TNF-alpha, and CRP in malnourished newborns of both Tribal- Rural areas of Uttar Pradesh.

The institute institutional ethics committee of medical sciences, Banaras Hindu University, and Varanasi approved the studies. Children were selected from the Indian cities of Sonbhadra, Chandowali, and Varanasi, which are located in Eastern Uttar Pradesh [15]. Teachers at each of the participating schools addressed the parents, and informed agreement was sought from the parents of the children before they were allowed to participate in the study. The present case control study was conducted on 96 malnourished children and 55 healthy children aged 5 to 12 years, and as determined by height-2SD for matched age and sex; According to the World health organization height for age Z score growth chart reference for school aged group children [16]. In order to obtain further information regarding undernourished children in Indians, controls were utilized rather than cases because of the high prevalence of malnutrition within the population. The BMI of a kid was estimated by taking their weight and dividing it by their height squared, which was done with the help of scales and an audiometer.

Inclusion criteria: According to the WHO 2007, both male and female children aged 5 to 12 years with dietary reasons of delayed linear development and height below the 2-curve of standard growth curve of both sexes were included in this study [18].

Criteria for exclusion: Young children, who were experiencing puberty symptoms, having endocrine abnormalities, having chronic or systemic illnesses, were suffering from genetic problems, having short family stature, and have significantly disproportionate short height. Children who were taking any medications that had an effect on their growth or hormones were also banned from taking part in the study. All children were subjected to a thorough examination of their past, which included their “Age, gender, height, and family history” along with other prospect like clinical examination, routine investigation, including complete blood picture, and weight and size monitoring (m).

The data was analyzed using “Statistical Product and Service Solutions” computer-based statistical tool, version 16.0. (SPSS) and mean and standard deviation was used to show all of the data. The independent samples “T-test and the Mann–Whitney Test” were employed in continuous variables with and without normal distribution and if there were any differences between malnourished and control (healthy) children in referenced weight gain. Because the inflammatory parameters were skewed, the data were log transformed in order to get data that was more evenly distributed throughout. The “Spearman Correlation Coefficient (SCC)” and the “Bivariate Correlation Coefficient (BCC)” were used to conduct the correlations.

The present research was supported by the Department of Science and Technology and the Ministry of Health of the Government of India.

Authors declared no conflict of interest. 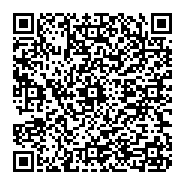