Background: The expression of podoplanin is upâÂÂÂÂregulated in a number of different human cancers, including squamous cell carcinoma of the oral cavity and its relationship with tumor invasion raises the possibility that podoplanin expression could be used as a biomarker for diagnosis and prognosis. Aim: The aim of the present study is to evaluate the expression of podoplanin in different grades of squamous cell carcinoma (SCC) and to correlate the expression of podoplanin with relevant clinical features such as age, sex, site and associated habits. Materials and Methods: Retrospective study was carried on formalin fixed, paraffin embedded blocks of oral SCC (OSCC) from the archives of Department of Oral and Maxillofacial Pathology, Vishnu Dental College, Bhimavaram. Thirty diagnosed cases were included, of which 10 were wellâÂÂÂÂdifferentiated SCC (WDSCC) (n = 10), 10 moderately DSCC and 10 poorly DSCC. Demographics including age, sex, gender and associated habit history, were recorded. Immunohistochemical staining was done with podoplanin anti D2–40 antibody, for all the cases of OSCC and assessed qualitatively. The data obtained were tabulated and subjected to statistical analysis. Results: In the present study, 27 cases of SCC showed podoplanin expression and remaining three cases showed no expression. The scoring criterion suggested by Yuan et al. was followed for semiâÂÂÂÂquantitative assessment. OSCC, seven cases presented weak expression (Immunoreactive score [IRS] 0–3), 15 presented moderate expression (IRS Score 4–7) and 5 presented high expression (IRS Score > 8). The assessment of podoplanin expression in the cytoplasm, the membrane and the cytoplasm and membrane (both) of tumor cells showed overall high positivity in the cytoplasmic followed by both and the membrane. Conclusion: Podoplanin could be a potent biomarker in assessing the cytoplasm/membrane staining of tumor cells. Furthermore, a high level of podoplanin expression is suggestive of high frequency of lymph node metastasis and immature status in the differentiation process of OSCC.

Head and neck squamous cell carcinoma (HNSCC) is a devastating disease involving dysregulation of numerous pathways linked to cellular differentiation, cell cycle control, epithelial mesenchyme interaction, apoptosis, angiogenesis, and metastasis.[1] Abnormal proliferation of cell results from the accumulation of multiple genetic alterations influenced by genetic predisposition as well as by environmental influences, including tobacco, alcohol, chronic inflammation and viral infections. HNSCC is the sixth most common cancer accounting over 500,000 new cases annually worldwide that includes sites in the oral cavity, pharynx and larynx. Oral SCC (OSCC) is the most common malignant tumor of the HN regions and accounts for the two‑thirds of the HNSCC cases occurring in developing countries.[2,3]

The potentially malignant disorders such as leukoplakia, erythroplakia, palatal changes associated with reverse smoking, oral submucous fibrosis, lichen planus, syphilitic glossitis, and sideropenic dysphagia have a high risk of malignant transformation, on average about 1% of oral lesions transform into cancer annually. Knowledge in genomic and basic research have made ease in understanding the molecular process governing tumor formation and progression.[1] The important factor which shows a direct impact on prognosis and therapeutic strategy in various types of cancer is that of lymph node status. Electron microscopic studies have revealed that the lymphatic spread of cancer cells will show the poor prognosis. Understanding the lymphatic system at the molecular level showed some loophole 15 years back, due to lack of lymphatic epithelium markers. The introduction of the markers that is, LYVE‑I, Prox1 and podoplanin has explored the lymphatic vessels present in the tumor and peritumoral areas, and the prognosis of various malignancies such as malignant melanoma, SCC of the HN, breast cancer and gastric adenocarcinoma.[4]

Podoplanin is a 38‑KDa type‑I transmembrane glycoprotein consisting of 162 amino acids, nine of which form the intracellular domain. The extracellular domain is highly O‑glycosylated with sialic acid, α‑2, 3 linked to galactose, forming the main part of the protein carbohydrate moieties. In normal human tissue podoplanin is expressed in kidney podocytes, alveolar type‑1 cells, lymphatic endothelium, skeletal muscle, placenta, lung and heart, in the myofibroblasts of the breast and salivary glands, in the osteoblasts and mesothelial cells and in the basal layer of human epidermis. The expression of podoplanin is up‑regulated in a number of different human cancers, including SCC of the oral cavity. In addition, recent experimental results have demonstrated that podoplanin mediates a pathway leading to collective cell migration and invasion in vivo and in vitro. The expression of podoplanin in human cancers and its relationship with tumor invasion raises the possibility that podoplanin expression could be used as a biomarker for diagnosis and prognosis.[1]

This study is an retrospective study, retrieved from the archives and the tissue blocks of squamous cell carcinoma. Also random selection is done based on the clinical and histopathological data required was carried on formalin fixed, paraffin embedded blocks of OSCC from the archives of Department of Oral and Maxillofacial Pathology, Vishnu Dental College, Bhimavaram. 30 diagnosed cases were included, of which 10 were well differentiated SCC (WDSCC) (n = 10), 10 moderately DSCC (MDSCC) and 10 were of poorly DSCC (PDSCC).

Demographics including age, sex, gender and associated habit history, were recorded for all the 30 cases of OSCC. Diagnosis for the selected cases was also established on hematoxylin and eosin stained sections. Immunohistochemical staining was done with podoplanin anti D2–40 antibody, for all the cases of OSCC.

Presence of brown colored end product at the site of target antigen was considered as positive immunoreactivity. Cytoplasmic and/or membrane staining was considered as positive immunoreactivity. Lymphatics were considered as internal control. Ten representative areas were selected in each slide. Hundred cells were counted in 10 different fields so as to assess the percentage of podoplanin expression in the stained slides. Also, the brown stained cells of each representative area were differentiated based on the podoplanin expression in the cytoplasm, membrane or both (cytoplasm and membrane). Quantity scores of 0–5 were given if 0%, 1% to 10%, 11% to 30%, 31% to 50%, 51% to 80%, and 81% to 100% of the tumor cells showing positivity. The staining intensity was rated on a scale of 0–3, with 0 = negative, 1 = weak, 2 = moderate, and 3 = strong. The raw data were then converted to a German immunoreactive score (IRS) by multiplying the quantity and staining intensity scores. The final scores were put on the scale ranging from 0 to 15 as 0 to 3 = Weak, 4 to 7 = Moderate, >8 = Strong.

Of 30 cases of OSCC, 19 were male, and 11 were female with an age range of 20–80 years with a mean age of 50 years. The predominant cases were observed in fourth to sixth decade of life. OSCC recorded were observed to affect all the sites of the oral mucosa with buccal mucosa being the predominant site followed by alveolar mucosa, tongue, palatal mucosa. The least affected site includes retromolar trigone, floor of the mouth and vestibule.

The related history of the tobacco habit in smokeless or smoking form was recorded. Another habit including alcohol was also assessed. Present study showed 19 cases with a history of smoking, nine cases with alcohol habit, seven with pan chewing and remaining eight did not reveal any habit history [Figure 1]. Podoplanin was highly positive for the lymphatic vessels within the tumor tissue and were considered as internal control. The expression of podoplanin in the tumor cells were observed in the cytoplasm, the membrane and the cytoplasm/membrane (both) and these varied expressions by the tumor cells in different grades of carcinoma were suggestive of prognostic importance [Figures 2, 3 and 4]. Figure 1: Pie chart showing number of cases and their association with habit Figure 2: Podoplanin expression in the cytoplasm of tumor cells Figure 3: Podoplanin expression in the membrane of tumor cells Figure 4: Podoplanin expression in both (cytoplasm/membrane) of tumor cells

Immunostaining of podoplanin was assessed in all the grades of SCC. WDSCC showed positivity in nine cases, MDSCC in all the 10 cases and PDSCC in eight cases. Three cases, one in WDSCC and two in PDSCC showed negative staining. Podoplanin expression in the cytoplasm was highest in PDSCC (71 %) followed by WDSCC (56.5%) and then by MDSCC (53.86%). Expression in membrane was also more in PDSCC (6.7%) then in WDSCC (5.1%) and least in MDSCC (1.31%). The variability in the expression of the podaplanin in the cytoplasm and membrane (both) was observed, which revealed highest in MDSCC (44.79%), followed by WDSCC (38.4%) and least in PDSCC (22.2%). Figure 5: Podoplanin positivity in the periphery of the tumor cells Oral cancer development is a multistep process with accretion of genetic, epigenetic and metabolic alterations resulting from exposure to carcinogens. Metastatic spread to regional lymphnodes through the lymphatic system is considered one of the major pathways by which SCC disseminates.[1,5,6]

The incidence of OSCC is approximately 2–10/100,000 population/year that could be due to the environmental differences or life style or habits such as betel quid, snuff dipping or reverse smoking. Tobacco in various forms is regarded as the main cause of oral cancer. Apart from tobacco the other associated factors include alcohol, ultraviolet light, Vitamin A and C deficiency, immuno‑compromised patients, viral infections and to the least extent trauma. OSCC shows a male predominance with 2:1 ratio except for the carcinoma arising on the vermillion border of the lower lip and with the wide age range of fourth to seventh decades.[7] The present study observed occurrence of OSCC predominantly in male with a peak incidence in fifth to seventh decades and buccal mucosa as the most common site followed by alveolar mucosa, tongue and palatal mucosa. 22 cases of OSCC were associated with a history of smoking, alcohol and pan chewing. Eight cases presented without adverse habits such as tobacco and alcohol, which could be attributed to the combined effect of genetic, epigenetic and environmental factors.

Podoplanin is a mucin like transmembrane glycoprotein that is expressed in lymphatic endothelium and various normal human tissues.[8] The podoplanin expression was found in tumor cells of various types of cancer such as vascular tumors, malignant mesothelioma, central nervous system tumors and SCC. The presence of this protein in tumor cells is helpful for pathological diagnosis and is reported to be expressed in aggressive tumors with higher invasive and metastatic potential.[9,10] The present study assessed the expression of podoplanin in different grades of OSCC as this heterogeneous malignancy is characterized by the increased proliferation of the tumor cells which initiates cellular migration and invasion.

An attempt has been made to assess the habit relationship and podoplanin expression in OSCC. The finding of which suggested that the habit alone may not cause cellular changes instead it may act as an accelerating factor in the tumor progression. Apart from the habit other factors like genetic, epigenetic, transcriptional and post‑transcriptional mechanisms may co‑exist so as to promote tumorigenesis.[2,16]

In the present study, the podoplanin expression was studied mainly in the tumor cell nests without involving the invasing front and observed that the podoplanin expression was highly expressed by the epithelial tumor cells along with the stroma surrounding the tumor cells. This finding is in correlation with Astarita et al.[19] and Yamanashi et al.[20] On the other hand we also stress that podoplanin expression alone cannot be sufficient for tumor progression because many lesions exhibited the protein expression only in the basal cell layers.[11,21] Hence, to assess the prognostic role of podoplanin in different grades of SCC needs further investigation with large sample size and considering the staining pattern so as to assess its accurate role in the morbidity and mortality.

We would like to acknowledge the management, principal and vice principal for allowing us to carry out this project in this esteemed institution. We would also like to acknowledge Mr. Satyanarayana, Laboratory Technician for his assistance in sectioning and segregating the slides for the research study. 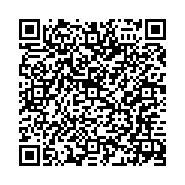