Five-year Survey of Caesarean Delivery at a Nigerian Tertiary Hospital

Background: The rising global rate in caesarean delivery has been a source of concern to obstetricians worldwide. In spite of remarkable improvement in the safety of anaesthesia and surgical techniques, caesarean section has higher risks of maternal death when compared with normal vaginal delivery. Thus, the current emphasis is to limit the rising rate of caesarean section to as much as possible.

Results: Out of the 3,554 deliveries during the study period, 980 cases were by caesarean section, giving a rate of 27.6%. Most cases 918 (93.7%) were by emergency caesarean sections, with elective procedure accounting only for 6.3% of the cases. The age range of the women was between 16-48yrs. Four hundred and seven (41.5%) were primigravidae, 503(51.4%) were between para one and para four, while 70 (7.1%) were grand-multipara. The rate of caesarean section was higher amongst the booked patients, 563 (57.5%) than the unbooked patients 355 (36.2%). Two previous caesarean section was the commonest indication for caesarean section 211(21.5%), followed by cephalopelvic disproportion 198 (20.2%), and foetal distress188 (19.2%). A total of 1009 babies were delivered through caesarean section by the 980 women; 955 cases of singleton gestations and 25 cases of multiple gestations (21 twins and 4 triplets). Majority of the babies 918 (91%) were delivered by emergency procedure. More than half of the babies 582(57.7%) had birth asphyxia and there were 39 (3.9%) perinatal deaths. All the cases of perinatal deaths and 549 (94.3%) of birth asphyxia were following emergency procedure. Anaemia was the commonest postpartum morbidity and the maternal case fatality rate was 0.7%.

Caesarean section refers to the delivery of a foetus, placenta, and membranes through an abdominal and uterine incision after viability. The first documented caesarean section on a living person was performed in 1610.[1] It is one of the most commonly performed surgical procedures in obstetrics and it is certainly one of the oldest operations in surgery. In early caesarean sections, sutures were not placed in the uterus and sepsis usually occurred in those who survived the initial haemorrhage from the open sinuses.[1] Thereafter, the procedure was done for a wide range of isolated cases with accompanying variations and modifications of techniques so as to lower the enormous risks of death due to haemorrhage and sepsis.[1] Numerous advances and refinements in surgical technique, asepsis, antibiotic therapy, blood transfusion, and anaesthesia have reduced but not eliminated the risks associated with caesarean section.

The incidence of caesarean section varies from hospital to hospital, within a country and across nations.[1] In the past 30 years, the incidence has increased from 5% to approximately 25%.[1] The general range is from 5% to 15% [2] with a steady and continued increase during the last two decades in the developed nations up to 30%.[1] Efforts made in the last two decades to check this rising incidence include encouraging vaginal births after previous caesarean section, discouraging caesarean section on social indication, use of foetal scalp PH to confirm foetal distress before embarking on caesarean section, amongst others.[1] Despite these, the Obstetrician‟s low threshold to taking risk precipitated by the ever increasing cases of litigations following poor neonatal outcome, appear to have counteracted the gains made from the above measures.

Previous studies from the study centre have documented an increasing incidence of caesarean section, from rate of 10.4% in 1989 [3] to 25.3% in 2005.[4] The feasibility of reducing the increasing rate of caesarean section in the study centre has been previously documented.[5] It is thus pertinent to determine whether this rising rate has been halted or still sustained. This underscores the need for the study.

This is a retrospective analysis of all the caesarean sections carried out at the University of Nigeria Teaching Hospital, Enugu from 1st January 2005 to 31st December 2009. The obstetric theatre and labour ward records were reviewed to identify patients who underwent caesarean section during the study period. In our centre, the obstetric theatre and labour ward records include patients' demographic data, parity, gestational age, and indications for surgery, Apgar scores, birth weight (including placenta weight), anaesthetic technique, major intraoperative complications, and transfer of mothers and babies to special care units. This helps in audits where some patients‟ folders may be unavailable. Thus, the records of caesarean sections were obtained from the patients‟ case notes, labour ward and theatre records.

The above data were first entered into „case record forms‟ specifically prepared for the study and thereafter keyed into the statistical package for social sciences (SPSS) computer software version 13.0 for windows. The results were analysed using descriptive statistical methods.

Table 1: The Age Range Distribution of the Women

Table 2: The Parity Distribution of the Women

The 980 women; 955 cases of singleton gestations and 25 cases of multiple gestations (21 twins and 4 triplets) delivered 1009 babies through caesarean section. Majority of the babies 918 (91%) were delivered by emergency procedure. More than half of the babies 582 (57.7%) had birth asphyxia and there were 39 (3.9%) perinatal deaths. All the cases of perinatal deaths and 549 (94.3%) of birth asphyxia were following emergency procedure (table 4).

Anaemia was the commonest postoperative complication, occurring in 319 (32.5%) women, followed by pyrexia 236 (24%) and wound infection 88 (9%). There were 7 cases of maternal deaths recorded in the study period giving a case fatality rate of 0.7%. These are shown in table 5. Six of these seven maternal deaths (85.7%) followed emergency caesarean section. Five were caused by massive intraoperative haemorrhage, one was due to cardiopulmonary failure during anaesthesia, and the last one was due to valvular heart disease which was the only death recorded in the elective cases.

The increasing incidence of caesarean section in this centre from a steep of 25.3% recorded in 2005 (after an initial rapid rise from 10.4% in 1989 to 27.4% in 1996) to 27.6% obtained in this study, may not be unconnected to the movement of the entire hospital from its initial temporary site at the heart of the city to its current location at the out skirt of the city. This has caused a remarkable drop in the number of normal deliveries in the hospital and a relative increase in difficult cases presenting to the centre, hence a higher caesarean section rate. This is in addition to the recent proliferation of private and mission hospitals in the city, which often undertake the normal deliveries, referring high risk women and difficult deliveries to the centre.[4] Other contributing factors to the rising rate of caesarean section globally, may also have contributed to the rise in caesarean section rate in the centre. These include the liberal use of caesarean section for breech presentation, the decreasing skills for operative vaginal deliveries, the increasing incidence of preterm delivery, the HIV infections with increased viral load, and the obstructed labour with intrauterine foetal death in the absence of the skills for destructive operation.[16,17]

Most of the post operative complications recorded were seen in the unbooked subjects. This may explain why there were more deaths in that group; many of them only presented in labour with complications or were referred from cottage and private hospitals after complications had set in. Lack of antenatal-care and late presentation in labour have been identified by many authors as among the major predisposing factors to maternal death.[8,20]

The finding in this study that caesarean section was commoner among low parity women than the grandmultiparous women may be probably because labour is usually faster and smoother in the later.

This study also examined the perinatal outcome and complications associated with elective and emergency caesarean sections. The poorer perinatal outcome observed following emergency caesarean section might not be unconnected to the very deplorable state of the women prior to surgery as most emergency cases in the centre were referred and there would have been development of severe foetal distress from prolonged labour before referral.

The finding that anaemia was the commonest post operative complication of caesarean section in this study was in agreement with earlier findings by previous studies from the centre.4,6 Majority of these complications were seen in emergency procedure and it is worthy of note that anaemia was 14.5 times commoner with emergency caesarean section than elective in this study. There were seven maternal deaths recorded during this study. The recorded higher case fatality rate following emergency caesarean section may again not be unconnected to the very deplorable state of the affected women as most were unbooked and often presented in a much compromised state. 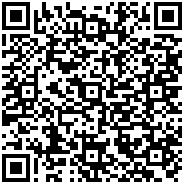