Mucinous ovarian tumors are the second commonest type of epithelial ovarian tumors. Most of these tumors are benign. Occasionally, these tumors may reach enormous dimensions without being symptomatic. We reported the occurrence of a huge benign ovarian tumor (mucinous cystadenoma) in Nnewi. The data were collected from history taking, clinical examination, laboratory investigation, ultrasonographic examination, operative findings and histopathological examination of the surgical specimen. The case was reported as a massive ovarian mucinous cystadenoma. This case report emphasizes the importance of a thorough evaluation of women who presented with vague abdominal pain. Although the condition is very rare, it is potentially hazardous if early diagnosis and timely intervention is not instituted

Ovarian mucinous cystadenoma is a benign tumor that arises from the surface epithelium of the ovary. It is the second most common type of epithelial ovarian tumors accounting for approximately 15% of this neoplasia.[1] About 80% of mucinous tumors are benign, 10% are border-line and 10% are malignant.[2] It tends to be very huge in size, the more massive the tumor, the more likely it may be mucinous. It has been reported as being the largest tumor found in the human body.[3] Although benign ovarian tumors are not common at the extremes of age, before puberty and after menopause, they are common between the third and fifth decade.[4] The most frequent complications of benign ovarian cyst, in general, include torsion, rupture and haemorrhage.[2] All these present as gynecological emergency. Mucinous cyst contained mucinous fluid, following its rupture, mucin is deposited in the peritoneal cavity (Pseudo-myxoma peritonei.[4] We present a case of giant ovarian mucinous cystadenoma in a 40 year old para 2 + 0 woman managed at Nnamdi Azikiwe University Teaching Hospital, Nnewi, Nigeria.

Mrs. A.A, a 40-year-old Para 2-+-0 with no living child, (last child birth was 3 years and last menstrual period was 2 weeks prior to presentation) was seen at gynecological clinic with a history of abdominal distension of 3 years duration. The distension started gradually in the suprapubic region: - it later progressed to involve the entire abdomen. There was no change in the menstrual period and cycle. There was no change in urinary or bowel habit. There was no vomiting, cough, jaundice or abnormal vaginal bleeding. There was associated with mild abdominal discomfort and weight loss. She had been taking herbal medications since the onset of the above problem. When the mass became very large, it prevented the patient from carrying out her normal activities. The patient sought medical care at Awka General Hospital where a diagnosis of ovarian tumor was made. She was subsequently referred to Nnamdi Azikiwe University Teaching Hospital, Nnewi for expert management. She attained the age of menarche at 14 years. She was neither aware of Pap smear nor contraceptives. The past medical history was not contributory. There was no family history of such ailment. She was the third wife of her husband who was a farmer. She did not take alcohol or tobacco in any form.

On examination, she was chronically ill looking and pale. She was neither jaundice nor febrile. The pulse rate, blood pressure, and temperature were normal. Her body weight and height were 63 kg, and 160 cm, respectively. The cardiovascular and respiratory systems were normal. Abdominal examination revealed grossly distended abdomen, which was tense and visible veins [Figures 1 and 2]. The abdominal circumference was 126 cm measured at the level of the umbilicus. The liver, spleen and kidneys were difficult to assess due to the tensed abdomen. On vaginal examination, the vulva, vaginal and cervix appeared normal. The uterine size and adnexae were also difficult to assess because of the tensed abdomen. Abdomino-pelvic ultrasound revealed huge well circumscribed cystic mass with internal echoes arising from the pelvis. There were echogenic crystal-like solid components. The mass extended from the pelvis to the epigastrium and bowel loops were displaced posteriorly. There was no ascites. The liver, spleen and kidneys were normal from ultrasonography. Huge ovarian mass was a provisional diagnosis. The uterus was obscured by the cyst and could not be visualized; however, it appeared normal on transvaginal ultrasound. The urinalysis, completed blood count, liver function test, blood urea nitrogen, electrolyte and creatinine were normal. Her blood group was B Rhesus D- negative. She was admitted and worked up for laparotomy. She underwent exploratory laparotomy on May 28, 2011 via low midline incision with upward extension up to about 6 cm below the xiphisternum. After laparotomy, a large tense smooth surfaced cystic mass that obliterated the peritoneal cavity was seen. There were no ascites. The intracystic fluid was drained through a small hole made on the mass. Approximate 20 L of straw colored thick fluid with debris was drained. Attempt to remove the mass with an intact capsule failed because it was adherent to the anterior abdominal wall and to loops of bowel posteriorly [Figure 3]. The cyst wall was eventually separated from the anterior abdominal wall by blunt dissection. The mass originated from the right ovary. It contained some debris. The left tube and ovary were normal. Ovarian cyst was removed by ipsilateral salpingo-oophorectomy. Estimated blood loss was 700 ml; two units of blood were transfused intraoperatively. The pathologists confirmed Mucinous cystadenoma of the right ovary was later confirmed from histopathology The post- operative period was uneventful and she was discharged on the 9th post-operative day. She was followed up for 1 year and did not develop any symptom suggestive of pseudomyxoma peritonei. She was later lost to follow up.

Section show a cystic tissue whose cavity is compartmentalized into multiple cavity of varied sizes and shapes. These are lined by either flat columner epithelium which are thrown into papillary folds in some loci. In general, the epithelia of the cavities are embedded on thick fibroblastic connective tissues.

Giant ovarian tumors have become rare in recent times because most of them are discovered early during routine medical check or incidental finding from routine ultrasonography. Detection of ovarian cysts produces great worry because of the fear of malignant transformation; however most of them are benign. It tends to occur at relatively younger age than its malignant counterpart. Around 90% of cases were unilateral.[5] This patient was 40 years with a unilateral tumor of the right ovary. The cyst was filled with sticky straw colored gelatinous fluid rich in glycoprotein. In a previously reported case, the tumor weighed 7.25 kg.[2] In this case, the weight of this tumour was unknown because its capsule was ruptured during operation. Tumors weighing up to 70 kg had been reported.[6]

Ovarian neoplasms may be divided into three categories according to their original cell types: Epithelial, stromal and germ cell. The epithelial cell tumors are the most common. The most common types of epithelial neoplasm encountered in daily practice include benign cystadenoma of which 75% are serous cystadenoma ad 25% mucinous cystadenoma. A tumor that manifests as a unilocular or multilocular cystic mass with homogenous computed tomography attenuation or magnetic resonance imaging- signal intensity of the cystic component, a thin regular wall or septum and no endocytic or exocytic vegetation is considered to be a benign serous cystadenoma. A tumor that manifests as a multilocular cystic mass that has a thin regular wall and septa or that contains liquid of different attenuation or signal intensity but has no endocytic or exocytic vegetation is considered as benign mucinous cystadenoma. Mucinous cystadenoma tends to be larger than serous cystadenoma at presentation, and is likely to remain quiescent.

Many benign tumors are asymptomatic, the symptomatic ones tend to present with abdominal swelling and discomfort due to pressure effect like in this patient. The presence of acute abdominal pain should raise the suspicion of torsion, rupture, infection or hemorrhage into the tumor.[2] The presence of weight loss may suggest malignancy; however it can also occur with some benign tumors like in this patient.[3] This may result in easy satiety because of the pressure on the stomach. The differential diagnosis of ovarian cysts is omental cyst, mesenteric cysts, cysts arising from retroperitoneal structures like pancreatic pseudocysts, hydronephrosis, and cystic lymphangiomas.[7] The differentiation of benign from malignant neoplasm was clinical appearance and pathological report. Apart from the general examination, the size, texture, bilaterality or unilaterality, tenderness, consistency and mobility of the mass are assessed together with the presence or absence of ascites. There were no ascites in this patient; the whole peritoneal cavity was obliterated by the tumor. Provisional diagnosis may not be possible without a laparotomy and even then, histological examination is crucial in making the final diagnosis. Ultrasound features are quite predictive also.

The histological groups of mucinous tumors are described as follows: Mucinous cystadenoma, mucinous tumor of uncertain malignant potential (borderline) and mucinous carcinoma.S [8] Histologically, mucinous cystadenoma is lined by tall columnar non-ciliated epithelial cells with an apical mucin and basal nuclei. They are classified according to the mucin-producing epithelial cells into three types.[9] The first two, which are always indistinguishable, include endocervical and intestinal epithelia. The third type is the müllerian, which is typically associated with endometriotic cysts.[10]

Management of ovarian cysts depends on the patient’s age, the size of the cyst and its histo-pathological nature. Preoperative preparation should take into consideration the possibility of encountering a malignant lesion. Conservative surgery such as ovarian cystectomy or salpingo-oophorectomy is adequate for benign lesions.[11] In this patient, right salpingo-oophorectomy was performed. Besides, the contralateral ovary should be assessed adequately and if it looks suspicious, a frozen section should be done to know the possibility of preserving the ovary. The frozen section is limited by its inability to assess the entire mass. After surgery, the patient should be followed-up carefully for recurrent observation.[12] Our patient was given appointments to be reviewed every 3 months for the first 1 year. In conclusion, there has been no report of a mass of this weight in our institution before. This case has shown that not all huge ovarian tumors are malignant. In centers such as ours without facility for frozen sections, good clinical judgement is required to determine when to perform conservative surgery on premenopausal women with ovarian tumors. 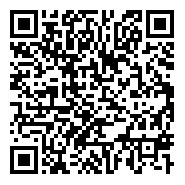