Hemophagocytosis is although a common phenomenon observed in bone marrow but at times it is overlooked and even if it is observed then it is not documented in the reports. Hemophagocytosis is the phagocytosis of erythrocytes, lymphocytes or other hematopoietic precursors by histiocytes or macrophages either in bone marrow, lymph node, liver or spleen. Phagocytosis basically involves attachment and binding of Fc and C3b to receptors on leukocyte membrane, engulfment and fusion of lysosomes with phagocytic vacuoles followed by digestion. [1] The increased histiocyticactivity may be observed in infections, inflammation, bone marrow hyperplasia or ineffective hematopoiesis. [2] Malignancies including leukemia, small cell lung carcinoma and rhabdomyosarcoma etc., have been reported to be associated with hemophagocytosis. [3-5] Hemophagocytic lymphohistiocytosis (HLH) is another important cause for increased hemophagocytosis resulting from prolonged and excessive accumulation of macrophages, histiocytes and CD8+ T-cells. [6] However, its diagnosis involves the consideration of other clinical and biochemical criteria apart from hemophagocytosis as proposed by the histiocyte society. [7] The differentiation of HLH from other causes of hemophagocytosis lies in the fact that HLH is life threatening condition which requires immediate appropriate treatment. [8] The present study was therefore conducted to study the hemophagocytosis on bone marrow aspirates, its causes, clinical correlation and associated features on bone marrow examination and to observe if there is any difference on bone marrow examination between HLH and non HLH cases showing hemophagocytosis. Hemophagocytosis is although an interesting finding that is observed in the bone marrow but at times it is overlooked or is not documented in the reports. However, the presence of hemophagocytosis may be associated with variety of conditions including infections, neoplasm or specific therapy. [2,3,10] The present study observed that hemophagocytosis was commonly associated with infections including viral, tubercular, fungal and malarial infections. It was also observed in the study that in certain cases of fungal infection and leishmaniasis, hemophagocytosis was the only finding seen initially that indicated an infection in the marrow. Thus, it is suggested that at times hemophagocytosis may be the only indicator of infection and vigilant examination of such marrow is essential to identify the causative organism in the marrow. HLH was another common condition associated with hemophagocytosis in the study. It is highly stimulated but ineffective immune response that may be familial or acquired and is life-threatening condition. [8] The hypersecretion of pro-inflammatory cytokines such as interferon γ, tumor necrosis factor α along with CD8 T-cells are crucial in the pathogenesis of HLH. [8,11] It is essential to distinguish whether the hemophagocytosis present in the marrow is only an isolated finding or is associated with HLH syndrome. HLH requires other clinical, biochemical and genetic criteria for diagnosis which have been proposed to be modestly modified in 2009. [6,7] The differentiation of hemophagocytosis triggered due to infection or any other cause with hemophagocytosis due to HLH is important as HLH is life-threatening condition and only the pathogen directed therapy is usually not sufficient to control severe hyper-inflammation in HLH. [8] The treatment of HLH requires combination of proapoptotic chemotherapy, immunosuppressive drugs or definitive treatment by hematopoietic cell transplantation HLH. [6] It should be started in clinically suspected cases even when results of few diagnostic criteria are pending. [6] This itself lays the importance of documenting the presence of hemophagocytosis in every case on bone marrow examination reports. Another interesting feature that was observed in the study was that all the cases of leishmaniasis were associated with HLH. Case reports have been rarely documented in the literature of association of visceral leishmaniasis with HLH. [12] This increased association of leishmaniasis with HLH in the study may be due to the reason that authors considered more modest criterions for diagnosis of HLH as proposed by Histiocyte Society 2009. [6] It was also observed that five out of these seven cases responded well to amphotericin further suggesting that leishmaniasis with HLH can respond well to amphotericin. HLH has also been reported to be associated with acute myeloid leukemia, aplastic anemia and tuberculosis. [13-15] The present study also showed the association of HLH with leukemia and Non-Hodgkin’s lymphoma [Figure 4]. Pancytopenia was the most common hematological finding observed in the study while hepatosplenomegaly and fever common clinical findings. Clinical features and presence of cytopenia are important diagnostic criteria for HLH and can be helpful in discriminating hemophagocytosis due to infection and other causes from hemophagocytosis due to HLH. Another point to be highlighted in the study is that greater number of cases with HLH (73.3%) 11/15 cases showed pancytopenia in comparison to 26.6% (4/15) of non HLH cases out of total cases with pancytopenia. Associated bone marrow findings observed in the study including dysplasia, normoblastic erythroid hyperplasia or hypocellular marrow which may be due to the primary disease. An important finding that was observed in the study was that hemophagocytosis was of moderate to severe grade (2+ to 3+) in HLH cases showing hemophagocytosis on bone marrow examination and may prompt for other investigations to confirm HLH. Gupta et al. have observed in their study that 58% of patients with HLH had at least one hemophagocytosis per 500 nucleated cells and concluded that the number of hemophagocytosis at initial bone marrow aspirate is low and variable and should be reported. [16] 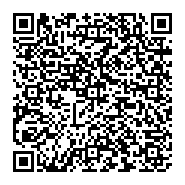