Background: The antenatal healthâÂÂcare given to pregnant women has great influence on the rates of perinatal death and morbidity. Amongst the different causes of perinatal mortality, low birth weight (LBW) is the single most significant factor therefore placenta from all the LBW babies (LBWB) should be examined routinely to find out the likely cause. Aims: The aims of this study were to assess the pathological changes in the placenta in association with LBWB. Materials and Methods: This is a Case control study performed at Medical College Allahabad,( MLN) India. In this study, 90 placentae were included. 30 placentae from fullâÂÂterm vaginally delivered babies, weighing more than 2500 g were included as the control group. 60 placentae belonged to babies whose birth weight was less than 2500 g (LBW). Weight of the baby was taken within the 1st h of birth and Apgar score was noted. Gross and microscopic examination of placentae was done. Statistical correlation of was carried out between them by using SPSS 18 version. ChiâÂÂsquare test with or without yate’s correction was used as and when required. P < 0.05 was taken as critical level of significance. Results: Placenta was circumâÂÂmarginal in both groups. Attachment of cord was mainly central in the control group 90% (27/30), whereas eccentric attachment was prominent in patient group 66.67% (40/60). The difference was statistically significant (P < 0.001). Calcification and subâÂÂchorionic fibrin deposition was seen in significantly higher numbers of placentae from patients than controls (P < 0.01) infarction and meconium staining were seen in placentae from patients only. Histologically placental ischemia, infarction and calcification were seen in significantly higher number of patients (P < 0.001, P < 0.001 and < 0.01 respectively). Fibrinoid necrosis, stromal fibrosis, placental dysmaturity and obstructive vasculopathy were seen in placentae from patients only. Conclusion: Placental pathology among LBW infants was high in comparison to control group. The findings suggest that chronic ischemia and associated secondary changes probably lead to improper perfusion and LBWB.

The antenatal health care given to pregnant women has great influence on the rates of perinatal death and morbidity. Amongst the different causes of perinatal mortality, low birth weight (LBW) is the single most significant factor and about 2/3 deaths among infants with less than 2500 g birth weight.[1] By international agreement, LBW infant is one whose birth weight is 2500 g or less irrespective of the gestational age. They further categorized as LBW babies (LBWB) before 37 weeks (preterm) and LBWB after 37 weeks (small for gestational age [SGA] or intrauterine growth restricted [IUGR] (LBWB). Significant numbers of perinatal mortality fall in the latter group. The sample registration system estimate overall perinatal mortality rate was 37/1000 live birth and still birth for year 2007.[1]

Causes of IUGR can be divided into maternal, fetal, placental and unknown causes, but the basic pathophysiology is due to reduced availability of nutrients in mother or its reduced transfer by the placenta to the fetus. It may also be due to reduced utilization by the fetus.[2]

IUGR is defined as fetal growth less than 10th percentile for gestational age although clinically less than the 3rd percentile is probably a more reliable cut-off for associated perinatal morbidity.[3]

IUGR may be clinically classified into two groups, based on sonographic measurement of the head-to-abdomen circumference ratio. Fetuses who are proportionately small (small head and abdomen) are considered to have symmetrical IUGR, whereas those with lagging abdominal growth relative to head size are labeled as having asymmetrical IUGR.[4]

As there are very few well planned studies from India describing the changes in placentae of LBWB, the present study was undertaken to assess the pathological changes in the placenta of LBWB.

During the period 2010 to 2011, 90 placentae were subjected to detailed gross and histopathological examination.Thirty placentae from full-term vaginally delivered babies, weighing more than 2500 g were included as control group. Sixty placentae belonged to babies whose birth weight was less than 2500 g (LBW).

The mode of delivery (vaginal/caesarian/forceps) was noted. The weight of the baby was taken within the 1st h of birth, to calculate the gestation age in cases where it was not exactly known. The neonatal welfare was assessed by Apgar scoring system. Ethical clearance from institutional ethical committee of MLN Medical College, Allahabad was taken.

All placentae were fixed in 10% formalin immediately after expulsion and the samples were brought to the Department of Pathology. A detailed gross examination of the placenta was done with emphasis on the following features:

Membranes — insertion of the membranes, site of rupture, decidual necrosis, edema and retromembranous hemorrhage was noted.

Parenchyma -was examined for calcification, infarction and thrombosis and cyst formation.

Cord - was cut at least 5 cm away from its site of attachment and was examined for:

• Cut sections for the patency of vessels.

From 2 to 3 cm wide section of membranes beginning with the point of rupture and extending to an area including a small portion of placental margin was taken. The specimen was rolled with the amniotic surface inward, fixed for 24 h a 3 mm section was taken from the center and submitted for histology.

For fixation, the placenta was cut into the multiple longitudinal slices of on-2 cm and kept in 10% formalin for 2-3 days. After fixation, the sections were taken from representative areas along with the transverse section of the cord near to its attachment over the placental surface. Paraffin embedded blocks was made after processing and sections were cut approximately 2-3 microns thick and stained routinely by hematoxylin and eosin. Other staining procedures like Periodic Acid Schiff’s and Van Gieson were used as per requirement.

Statistical correlation of was carried out between them by using SPSS 18 version. Chi-square test with or without yate’s correction was used as and when required. P < 0.05 was taken as critical level of significance.

more than 2500 g were used as the control group. Mean age of mothers, mean weight of the fetus and placentae in control and patient group were as shown in Table 1.

Table 1: Maternal and fetal features in control and patient group

On gross examination placenta was circum-marginal in both groups. Attachment of cord was mainly central in the control group 90% (27/30), whereas eccentric attachment was prominent in patient group 66.6% (40/60). The difference was statistically significant (P < 0.001). Calcification and subchorionic fibrin deposition were seen in significantly higher numbers of placentae from patients than controls (P < 0.01). Infarction (P = 0.04) and meconium staining (P < 0.001) were seen in placentae from patients only [Table 2, Figure 1]. 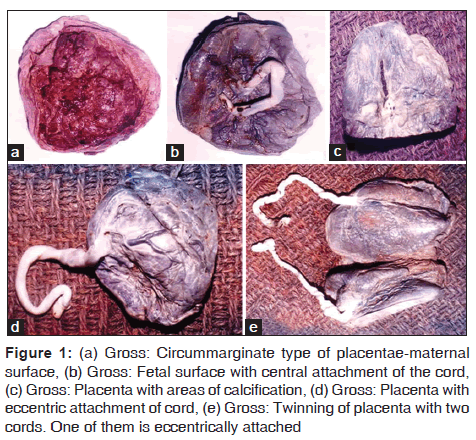 Table 2: Gross features of placentae in control and patient group

On microscopic examination placental ischemia, infarction and calcification were seen in significantly higher number of patients than controls (P < 0.001, < 0.001 and < 0.01 respectively) [Table 3]. Fibrinoid necrosis, stromal fibrosis, placental dysmaturity and obstructive vasculapathy were seen in placentae from patients only (P < 0.001, < 0.01, 0.04 and 0.13 respectively) [Table 3, Figure 2 & 3]. No cyst of tumor seen grossly or microscopically. 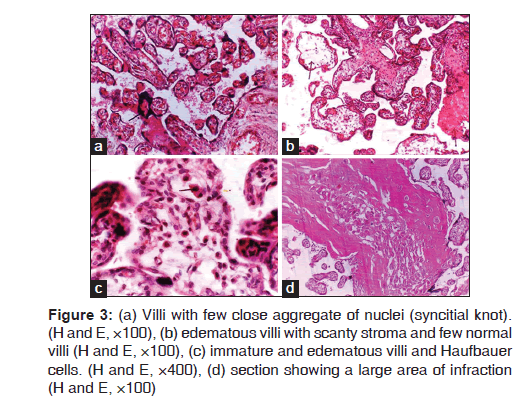 Table 3: Microscopic features of placentae in control and patient group

IUGR is associated with medical conditions that interfere with the circulation and efficiency of the placenta, with the development or growth of the fetus or with the general health and nutrition of the mother. IUGR may be a normal fetal response to nutritional or oxygen deprivation. Therefore, the issue is not the IUGR, but rather the ongoing risk of malnutrition or hypoxia.[5]

The term IUGR is a subgroup of SGA and more specifically identifies the fetus that is pathologically small. Placental insufficiency accounts for the majority of IUGR fetuses.[6] Mean placental weight of IUGR case was less than 10th percentile of placental weight of the control group similar to observation by Robert and Post.[3]

Redline demonstrated that five chronic patterns of placental injury are significantly increased in placentas from pregnancies complicated by IUGR. These are maternal and fetal vascular obstructive lesions, high-grade villitis of unknown etiology (VUE), perivillous fibrinoid deposition and chronic abruption. He observed that maternal vascular disorders were the most frequent finding in preterm and hypertensive mothers with IUGR while VUE was the most common finding in normotensive term gestations with IUGR.[8]

Most of the (LBWB) placentae showed eccentric attachment of the cord 66.67% (40/60). There is no co-relation between eccentric attachment with any abnormal perinatal outcome (neonatal asphyxia or congenital malformation). Biswas and Ghosh observed that in cases of IUGR placentas, there were some abnormal positions of insertion of umbilical cords in 11% placentas (marginal in 7.14% and velamentous in 3.57%).[12] Coall et al. observed that smoking during pregnancy reduced birth weight and increased the eccentricity of umbilical cord insertion.[13]

Moreover, 33.33% cases (20/60 LBW show meconium staining of fetal surface. Meconium discharge may occur in the setting of fetal distress or may simply be a reflection of fetal maturity. In the mid-trimester and postmature infant, in utero meconium discharge has a positive association with fetal compromise, but not all fetuses of these gestational age groups that have passed meconium will demonstrate significant sequelae.[14]

Amongst the various microscopic findings, placental ischemia and infarction are more common in the study group than the control group and causes placental insufficiency leading to LBWB. Among the various findings, suggestive of ischemia the most important is excessive cytotrophoblastic cell proliferation.

Fibrinoid necrosis of villi is more in the study group 66.67% (40/60) none of the cases from the control group showed this finding. These changes in placentae are high in those from prematurely terminating LBWB and also in still births. Massive perivillous fibrinoid deposition and maternal floor infarction is rare, with incidence of between 0.09% and 0.5%. Stillbirth is reported to occur in up to 50% of affected pregnancies. There is also increased frequency of IGUR and increased incidence of preterm delivery.[14] The fibrinoid material in the affected villi contains a considerable quantity of immunoglobulin. Fibrinoid necrosis was observed in 50% cases by Kotgirwar et al. intervillous fibrin deposition observed only in the study group (25%) and absent in the control group. Redline et al observed increased intervillous fibrin deposition and extent of increased intervillous fibrin showed the strongest correlation with both placental weight and fetal weight.[15]

Avascular villi, chorioamnionitis, villous immaturity of the placenta have no clinical significance in LBWB, but generalized failure of villous maturation is associated with a relatively high incidence of fetal hypoxia and fetal growth retardation. Redline and Pappin observed that women with avascular villi placentas had increased rates of IUGR, acute and chronic monitoring abnormalities, oligohydramnios and maternal coagulation disorders.[16] Redline et al. observed that VUE is an important pattern of placental injury occurring predominantly in term placentas and affecting 5-15% of all placentas. When low-grade lesions affecting less than 10 villi per focus are excluded, VUE is an important cause of IUGR and recurrent reproductive loss.[17] Redline observed the association of placental VUE with IUGR is 6% when focal and 20% when diffuse.[8]

Squamous metaplasia, obliterative vasculopathy, fibrovascular sclerosis was found in the study group with very less frequency and absent in the control group. These changes are not associated with any fetal abnormalities.