Dengue and enteric typhoid fever are major public health problems in India and risk of contracting both infections concurrently. The present study was aimed to determining the occurrence of dengue fever in febrile patients and co-infection with Typhoid fever in South Indian population. The 632 patients sera with febrile illness from January to September 2017 were tested for Dengue virus NS1 and/or IgM samples and Widal test for enteric fever were used for analysis. Results were expressed in percentage. The prevalence of dengue fever is 14% (94), in which 72% (68) are male and remaining 28% (26) were female. Maximum number of dengue positive cases seen in the age group 21-30 years with least in above 60yrs of age groups. The co-infection of Dengue with typhoid fever in febrile patients was 34% (32) which includes 66% (21) were female and remaining 34% (11) are male. The occurrence of dengue fever is high in most active age group people with male gender while co-infection with typhoid fever observed mostly in female population. In the present study prevalence of Dengue fever is high and the incidence of co-infections are common, hence it should be properly diagnosed and timely medication should be provided to reduce complications and also to avoid mortality.

The febrile illness is a common clinical syndrome for dengue, typhoid, Japanese Encephalitis, Chikungunya, Leptospirosis, Influenza A and Malaria. Dengue is one such disease which usually presents with symptoms of flu-like illness with highgrade fever, generalized body ache, nausea, and vomiting, globally about 50 million cases of dengue fever reported annually, dengue virus display antibody epitopes that are unique to each serotype and protect lifelong immunity upon re-infection by the same serotype (homologous serotype). Generally, Dengue viral infection leads to morbidity and re-infection with different serotype increases the risk of dengue hemorrhagic fever (DHF) and dengue shock syndrome (DSS) by antibody dependent enhancement. According to the directorate of National Vector Borne Disease Control Programme (NVBDCP), 14465 dengue cases were reported in which 40 were died in Tamil Nadu state during 2017 (till 22nd October 2017), which is about 350% increase in the number of cases compared with the previous year 2016. [1] However, Kerala state in India was top in the list with 19053 dengue cases was identified so far (Till 22nd October 2017). Like dengue fever, the enteric fever typhoid is endemic in India with same symptoms of febrile illness as like’s dengue fever. The global annual burden was estimated at approximately 22 million cases and fatality rate remains at about 1% such that about 222000 typhoid related deaths occur annually. [2] Co-infections with different infectious agents at a time are also becoming a major health problem and similarity of symptoms further makes difficult in accurate clinical diagnosis and treatment. If dengue and typhoid fever is not properly diagnosed may results in life threatening consequences. Dengue Co-infection with malaria and other febrile illness, course of infections have been studied widely, [3-6] but no data relevant to the dengue and typhoid co-infection from South India, as both dengue and typhoid fever are epidemic and endemic respectively. The present study was designed to explore the incidence of dengue fever in febrile patients and co-infection with typhoid fever in and around Pondicherry and Tamilnadu, South India.

The 632 patient’s sera with febrile illness from January to September 2017 were selected for this study. Dengue viral infection was confirmed by observing the platelet count decreased (less than 150000 platelets per microliter of blood) from normal level. Clinical characteristics of Dengue fever patients showed Fever, headache, muscle aches and thrombocytopenia. Apart from the dengue symptoms, patients Co-infected with typhoid fever showed coated tongue, fatigue, Sweating, Dry cough, Loss of appetite and weight loss and abdominal pain. The patient serum was tested for Dengue virus NS1 and/or IgM samples. The Widal test used for the antibody titer and titer value of >1:80 considered as clinically significant. The present study was approved by Institutional Ethical committee.

Results were expressed in percentage. 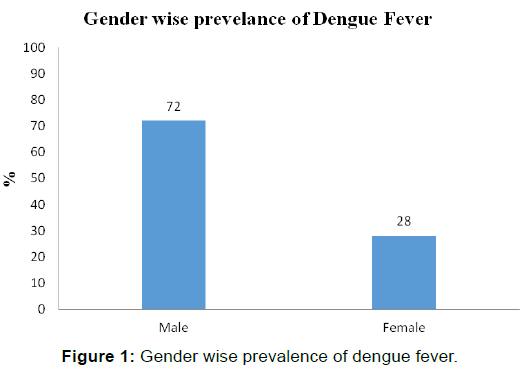 Figure 2: No. of dengue fever positive cases and co-infection with typhoid fever. 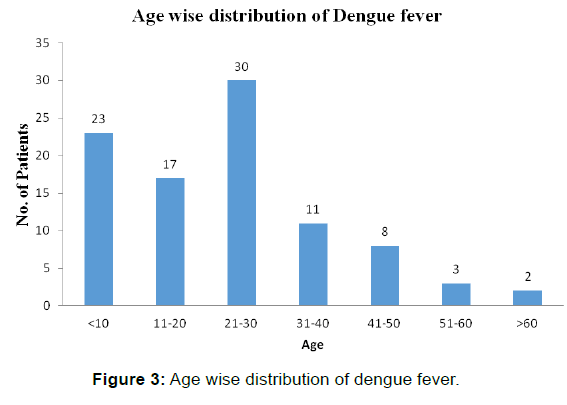 The febrile illnesses are highly prevalent during rainy season (from July to November) in endemic area like India and possibility of co-infection with other microbes cannot be ruled out. As both dengue and typhoid fevers occur seasonally in especially during the monsoons favours mosquito breeding and on other hand faeco-oral transmission occurs actively. In the present study 632 febrile illnesses patients were provided consent to participate in this study among 1072 patient samples, from 632 patients - 35% fall in the age group between 21-30, 17% both in less than 10 and 31-40 age group, 11% in age group of 41-50, followed by 10% between 11-20yrs of age, 7% between 51-60 yrs and less than 2% in greater than 60 years of age. From the 632 patients 428 are male and remaining 204 are female and 486 patients from urban population and remaining 146 from rural. Among the 632 patients 4% of population consume drinking from well and RO water, 20% consume canned water and 72% consume municipal water.

The South India received good rainfall during August to October of this year 2017 which favours the breeding of mosquito vector results in 14% of prevalence rate among the tested 632 sample. The frequency of dengue fever was greater in male gender than female and dominant in age group between 20-30 yrs was observed in this study. This may be due that male gender with the age group of 20-30 are physically more active among the studied population by which circulatory system cannot keep up with the available oxygen by the muscles. In order to maintain the energy level, muscles shift from aerobic to anaerobic metabolism by which break down of carbohydrates anaerobically to generate energy result in pyruvate metabolic products in the absence of oxygen converted into lactic acid. These modifications of the energy level utilization by the viral infected cells can increase available energy for dengue virus replication, virion production and assembly. [7] The frequency of co-infection with Salmonella typhi was greater among female (66%) population than males (34%), this may due to that female gender acquire infection easily during food preparation, household activities like cleaning process made with contaminated water and child care might have increased the frequency of typhoid fever. Dengue virus had 4 serotypes (DENV-1, 2, 3 and 4) despite the cross reactivity, antibodies only prevent re-infection by the same serotype and individuals are susceptible to a second infection with a different serotype increases the risk of dengue hemorrhagic fever and dengue shock syndrome and co-infection with S. typhi may also accelerate the mortality rate. This study emphasizes that essential accurate early diagnosis could prevent the febrile fever induced complications and prompt treatment will save precious human lives. Apart from treatment, care manager like nurses, trained persons for a specialized disease in the primary health care system are the first point of patient contacts, plays a crucial role in advising patients suspected of having dengue to take early preventive measures to break the chain of dengue transmission from one patient to another. In addition, many complications seen in dengue are preventable if clinical care members are aware about the physiological problems by timely correct investigation, monitoring and careful titration of intravenous fluid therapy. [8] The findings of the present study also help the concern authorities for early diagnosis and to plan out and implement various preventive and control measures.

The present study concludes that the high prevalence rate of Dengue fever may leads to co-infections with typhoid are common and it should be properly diagnosed and timely medication should be provided to reduce complications and also to avoid mortality. 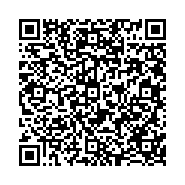