A global report by the International Federation of Gynecology and Obstetrics (FIGO) has noted that the highest incidence of ovarian cancer was moving towards a younger age group although the majority of patients with epithelial cancer were more than 50 years in age.[13] The reasons for the increased occurrence of epithelial ovarian cancer in younger women are controversial. Risk factors mentioned include an increase in ovulation induction in assisted reproduction techniques, nulliparity and late onset of childbearing due to increasing number of females in the workforce.[14,15]

This was a retrospective review of all cases of histologically diagnosed ovarian cancer treated at the study center. The study population included all women admitted and treated in the gynecology department of the hospital during the study period. The study covered the period from January 1st 2000 to December 31st 2010. A purposive sample of all cases of primary ovarian cancer seen during the period was done because of the rarity of the disease in previous studies. A written application for data was made to the cancer registry of the study center following which all cases of gynecological cancer seen during the study period and their biographic, clinical and mortality data were compiled by the cancer registry. From this list, all cases of ovarian cancer were compiled separately. Using this list as a template, the histological diagnoses of these cases were retrieved from the Histopathology Department of the hospital and cases of primary ovarian cancer were selected. The case notes of these selected cases were retrieved from the Records Department and data relating to age, parity, clinical presentation and treatment were abstracted and coded into SPSS Statistical Software Version 15.0 (Chicago Illinois, USA) for Windows for analysis. Where case notes were not available or had missing data, efforts were made to obtain patient data from ward admission records and operating theatre records. Mortality data were compiled from the cancer registry records, case notes and Mortuary records. Data analysis was by descriptive and inferential statistics at 95% level of confidence. Rates and proportions were determined and their 95% confidence intervals calculated as estimates of their values in the population.

The main outcome measures were the incidence rate of ovarian cancer overall and incidence rates based on socio‑demographic and disease characteristics, the proportions of cases that received surgery and chemotherapy, as well as the estimated case‑fatality rate for ovarian cancer. Ethical clearance for the study was duly obtained from the Research Ethics Committee of the hospital.

There were 20,227 gynecological admissions and 206 gynecological cancers seen during the period. The total number of histologically diagnosed cases of primary ovarian malignancy obtained over an 11‑year period was 54. The socio‑demographic and treatment records of 50 cases were retrieved giving a recovery rate of 92.6% (50/54). The cases whose records were available were used for analysis. The incidence rate of ovarian cancer was 1/404 gynecological admissions per year or 0.3% (54/20227) 95% confidence interval (CI) 0.23%, 0.38%. The incidence rate of ovarian cancer per gynecological cancer per year was 2.4% (54/206).

Table 1: Showing the distribution of cases of ovarian cancer according to socio‑demographic characteristics as seen at the University of Nigeria teaching hospital Enugu from 2000 to 2010

Table 2 shows clinico‑pathologic features of ovarian cancer seen during the study period. Most patients presented in the stages 3 and 4 of the disease. All cancers in premenarcheal girls were germ cell tumors.

Table 2: Clinico‑pathologic features of ovarian cancer seen at the UNTH, Enugu from 2000 to 2011

Approximately 76% (38/50) of the patients (95% CI 64%, 84%) had surgical staging, and maximal debulking surgery involving total abdominal hysterectomy, bilateral salpingo‑oophorectomy and different degrees of omentectomy, appendectomy, bowel resection and adhesiolysis. The remaining 24% (12/50) were treated as follows: One patient, a 9‑year‑old girl had excision of tubo‑ovarian mass; four of the patients were referred to the study center for histological diagnosis and chemotherapy after surgery had been done in private clinics; seven patients or 14% (7/50) (95% CI 4.2%, 23.8%) had inoperable tumors at surgery and all had staging and biopsy.

Eighty‑four percent (42/50) (95% CI 72%, 94%) of the patients had chemotherapy involving cis‑platinum based combination chemotherapy. The combinations were of a platinum agent (Cisplatin or carboplatin) and paclitaxel, cyclophosphamide or doxorubicin. However, approximately 81% (34/42) of these had one or two courses of chemotherapy only and abandoned further chemotherapy. Approximately 28.6% (6/42) had 6 courses while 4.8% (2/42) had four courses. All patients had injectable and/or oral analgesics for pain relief and antibiotics for sepsis as part of symptomatic/ palliative therapy. The use of patent‑controlled analgesia was not found in the records.

Follow up of patients was by clinical examination and trans‑abdominal/transvaginal ultrasonography. CA125 assays were not routinely done for lack of facilities within the hospital. Only 2 patients who had stage 2 disease had records of CA125 assays done outside the study center. The values were 108.3 u/ml and 84.7 u/ml. Both were serous cystadenocarcinoma.

The apparent trend of increased occurrence of epithelial ovarian cancer in younger women in the population is worrisome. In a society where birth records are poorly kept or do not exist, the possibility of inaccurate age declarations by patients must be borne in mind while evaluating this finding. Besides, given that the average life expectancy at birth for Nigeria is about 53 years,[19] the influence of the shorter lifespan women in the study area in comparison to Western populations must also be considered. Despite these considerations, this study suggests that epithelial ovarian cancer may be occurring in relatively younger women in Nigeria. Further studies, using a design that will permit collection of more reliable and comprehensive data, are required to clarify if there is an actual reduction in the age of occurrence of this disease. The possible influences of genetic factors and lifestyle in the etiology of ovarian cancer in this environment will also need to be explored. Acquisition of technical and human capacity for genetic studies and antigen assays is desirable in order to fully define the pattern of this disease in this area. Besides, the development of institutional protocols for data collection and management will facilitate the building up of a database for the disease.

With respect to management of cases, this study suggests that most patients presented in stages 3 and 4 of the disease and that most cases abandoned their chemotherapy mid‑way. The pattern of late presentation of cases in advanced stages of the disease was also noted by a previous study from this center[11] and appears to be a worldwide phenomenon.[13] Late presentation poses a surgical challenge and results in poor treatment outcome.[13] In fact, 14% of cases in this study were inoperable as at presentation. Peculiar factors associated with this pattern of presentation in our environment include ignorance and illiteracy which perpetuate poor health seeking behavior and a first recourse to alternative health practitioners and prayer houses before orthodox medical care.[7,9,10]

The trend of abandonment of chemotherapy may be due to financial incapacitation arising from expensive cost of care or due to frustration arising from lack of apparent clinical progress following suboptimal debulking surgery for advanced disease. The drugs used for chemotherapy could be expensive. Increased cost of care can also arise from longer hospital stays needed for advanced disease. Absence of any form of health insurance during the period of the study meant that patients paid at points of service. Unfortunately, most packages available in the recently introduced Nigeria National Health Insurance scheme do not cover cancer care.

The main strength of this study is that it gives the most comprehensive picture of the current state of ovarian cancer incidence, pattern and management in this center and it could be a good basis for further studies on this disease in the South East zone of Nigeria. The major limitations of this study, however, include the small sample size and the non‑comparative retrospective design both of which limit the external validity of the findings. Given the rarity of ovarian cancer, a prospective design would have taken too long a time to accumulate this number of cases. Despite these limitations, we conclude that the study shows a low incidence of ovarian cancer and in comparison with previous reviews, it suggests an emerging pattern of increasing incidence and younger age of onset of epithelial ovarian cancer in this center. There is also a substantial involvement of parous woman in epithelial ovarian cancer among patients treated at this center. All these are contrary to established facts from previous studies.[4,12,15] Population‑based studies are required to determine the possible explanation for these observed trends in this environment. We recommend funding of cancer care by government to reduce cost and improve compliance with treatment as well as public health education to encourage early presentation for treatment.

We acknowledge the vital contributions of the admisitrative staff of the cancer registry, histopathology department, medical records department, Main theatre as well as the Mortuary Unit of the University of Nigeria Teaching hospital towards this study. 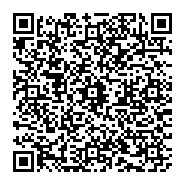