During pregnancy, high progesterone and relaxin levels produce physiological ligament relaxation on the pelvis. Therefore, moderate pubic symphysis and sacroiliac joints relaxing provide birth canal widening, thereby facilitating vaginal delivery. Sometimes, functional pain or pelvic instability may occur during pregnancy or puerperium, which is defined as symptomatic pelvic girdle relaxation. In rare cases, a pubic symphysis disruption can occur during the labor, causing severe pain and functional limitations. The early recognition of this injury is crucial to prevent complications and improve clinical and functional outcomes. This study reports an acute symphyseal disruption resulting from childbirth in a primiparous patient who underwent open reduction and internal fixation with plate and screws. After a 6 months followâÂÂup, the patient presented no pain and satisfactory functional recovery.

Intrapartum pubic symphysis disruption is a rare injury and occurs more frequently in patients older than 35 years old.[1,2] The incidence ranges from 0.005% to 0.8% of live births.[3,4]

Considering hormonal level normalization after delivery, conservative treatment is the standard for the great majority of cases. Even 4 cm widening tends toward a satisfactory clinical and functional outcome without surgery. However, pregnancy-related severe pubic diastasis must be reduced and fixed to allow pelvic ring reconstruction and early functional rehabilitation.[5-8] Delay to surgery and persistent instability may result in residual, chronic pelvic pain.

This study aims to report a severe intrapartum pubic symphysis disruption in a primiparous patient who underwent open reduction and internal fixation of the pelvic ring. A parallel with the current literature concerning this rare injury was performed to allow obstetric and orthopedic surgeons to early recognize and correctly manage this rare injury.

A 22-year-old primiparous patient underwent vaginal delivery. The pregnancy developed without complications. Intrapartum, the patient presented a vulva laceration, and the obstetricians heard a “pop” at that time. Perineal reconstruction was performed immediately. Hemodynamic stability was present during and after the labor period.

Physical examination was undertaken to check for pelvic instability using manual compression and distraction of the pelvis as well as the push-pull maneuver [Figure 1]. Figure 2: Pelvic X‑ray in anteroposterior view showing the pubic symphysis disruption with 8cm widening. There were no sacroiliac joints widening and vertical instability

The patient was initially managed with bed rest and pain control using analgesic drugs. One week later, the patient still complained of disabling pain, and X-ray revealed the same 8.0 cm widening. At that time, open reduction and internal fixation were indicated via Pfannenstiel approach. Careful soft tissue dissection and pubis reduction with a forceps bone clamp were performed. Figure 3: Anteroposterior (a), inlet (b), and outlet (c) views of the pelvis show pubic symphysis reduction with internal fixation using small fragment reconstruction plate and screws. The plate was placed over the rami (superior position)

Ethical approval was granted by the local Ethics Committee, and the study was conducted according to the Helsinki Declaration. Informed consent was obtained.

Symptoms include pain around the suprapubic area, inability to sit, stand, and change decubitus. Waddling gait often ensues.[10,11] The Destot sign (hematoma in labia majora) can be present and indicates pelvic ligaments injury with pelvic floor disruption. Pelvic examination includes pubic symphysis palpation investigating for diastasis as well as gentle iliac crest compression to verify pelvic ring stability. However, one must be warned these manipulations may elicit severe pain and may be unnecessary if imaging is used to confirm the diagnosis.[12]

Injury mechanism of intrapartum pubic symphysis disruption is a rapid and forceful descendent pressure of the fetal head into the anterior pelvic ring. As joint laxity increases during pregnancy, spontaneous ligament rupture and pubic symphysis separation may occasionally occur.[1-9]

However, the presence of intrapartum pubic symphysis separation in a hemodynamically unstable patient must be acutely managed by pelvic ring stabilization with a pelvic binder or a sheet applied at the greater trochanter level [Figure 4].[13] It is noteworthy that sheet application over the iliac crest is inefficient to close the posterior ring injury and consequentially promotes inadequate hemostasis. The pelvic binder must remain on the patient until it can be surgically substituted by an external fixation. Binder removal prior to external fixation can lead to another bleeding due to pelvic ring re-opening.

Although some authors advocate that a gap >1.0 cm with concomitant anterior ligaments disruption is pathological and provides pelvis instability, the standard treatment for anteroposterior compression Type I (pubic symphysis diastasis <2.5 cm) remains conservative. Bed rest until pain relief and progressive weight bearing after at least 4 weeks are indicated.[15] In addition, postpartum pubic symphysis disruption with <4.0 cm tends toward original pelvic position after hormonal level normalization, leading to successful, and conservative treatment.[1-5] Albeit pelvic binders and lateral decubitus can also be recommended to facilitate pelvic reduction, they are poorly tolerated by the patient.[1]

Pubic symphyseal diastasis >4.0 cm denotes a more complex and unstable pelvic injury with potential sacroiliac joint damage. This injury pattern requires pelvic ring reduction and fixation.[11-13] Rommens [12] reported three cases of postpartum pubic symphysis disruption (two with 1.5 cm and one with 4.0 cm pubic separation) which initially underwent conservative treatment. All patients complained of severe pelvic pain and were operated on for open reduction and internal fixation of the pubic symphysis. In the majority of cases, a single superior plate is sufficient for adequate pelvic stabilization. However, anterior and superior orthogonal plates can be used if severe pelvic instability is present or if the patient is obese. When the sacroiliac joint is also disrupted, a percutaneous sacroiliac screw is placed to close and stabilize the joint.[15]

IN general, the previous separation of the pubic symphysis during childbirth is not a formal indication for cesarean section. However, the obstetrician should be aware that approximately 50% of the patients may suffer recurrence if the conservative treatment was the choice.[16] Hardware removal is controversial when the patient intends to conceive again. Some surgeons prefer to perform plate and screws removal at least 1 year postsurgery if there is any concern about subsequent pregnancies.[1,2] We discourage hardware removal routinely, except in cases of pain or plate and screws loosening, due to surgical (infection and iatrogenic injuries) and anesthetic risks of the further surgical procedure.

A limitation of this study is the short follow-up period (6 months). At the same time, despite conflicting literature, we highlighted some important points about this unusual injury and express opinions concerning controversial points, such as hardware removal and future normal deliveries. Although multiparity is a predisposing factor, this study reported an intrapartum pubic symphysis disruption in a primiparous patient.

We believe that good anamneses, correct physical examination, and adequate imaging studies are extremely useful to early recognize and correctly manage the spontaneous separation of the pubic symphysis during childbirth.

Further studies with larger case series and longer follow-ups are necessary and must be encouraged to increase the knowledge of advanced prevention and optimized treatment. 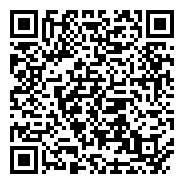