Background: Maternal mortality in subâÂÂÂÂSaharan Africa has remained high and this is a reflection of the poor quality of maternal services. Aim: To determine the causes, trends, and level of maternal mortality rate in Abakaliki, Ebonyi. Materials and Methods: This was a review of the records of all maternal deaths related to pregnancy over a tenâÂÂÂÂyear period, that is, January 1999 to December 2008. Relevant information on number of deaths, booking status, age, parity, educational level of women, mode of delivery, and causes of death were extracted and analyzed. Results: During the study period, there were 12,587 deliveries and 171 maternal deaths. The maternal mortality ratio (MMR) was 1,359 per 100,000 live births. The trend over the period was lowest in 2008 and highest in 1999 with an MMR of 757 per 100,000 live births and 4,000 per 100,000 live births, respectively. There was a progressive decline in the MMR over the period of study except in the years 2003 and 2006, when the ratio spiked a little, giving an MMR of 1,510 per 100,000 live births and 1,290 per 100,000 live births, respectively. The progressive decline in maternal mortality corresponded with the time that free maternal services were introduced. Hemorrhage was the most important cause of maternal death, accounting for 23.0% (38/165), whereas diabetic ketoacidosis, congestive cardiac failure, and asthma in pregnancy were the least important causes of maternal deaths, each accounting for 0.6% (1/165). Majority of the maternal deaths occurred in unbooked patients (82.4% (136/165)), whereas 17.6% (29/165) of the deaths occurred in booked cases. FortyâÂÂÂÂseven (28.5% (47/165)) patients died following a cesarean section, 8.5% (14/165) died as a result of abortion complications, and 10.9% (18/165) died undelivered. SeventyâÂÂÂÂseven (46.7% (77/165)) of the maternal death patients had no formal education. Low socioeconomic status, poor educational level, and grand multiparity were some of the risk factors for maternal mortality. Conclusion: There was a decline in MMR during the period of study. The free maternal health services and adequate staff recruitment, which may have contributed to the observed decline in maternal mortality, should be sustained in developing countries.

Maternal mortality in developing countries has been described as a ‘silent tragedy’.[1] The tragedy is underscored by the fact that death here follows a physiological process necessary for the perpetuation of human race, rather than pathology.

Of all the health statistics monitored by the World Health Organization (WHO), maternal mortality is the one with the largest discrepancy between developed and developing countries. In the revised WHO estimates,[2] about 1,600 maternal deaths occur each day worldwide and the total is around 585,000 a year, of which 99% are in developing countries.

In developed countries, maternal mortality ratios (MMRs) have stabilized at 5-10 per 100,000 live births although there may be an under-report of 26 to 56%.[3] Presently, the lifetime risk of maternal death (the probability of maternal death during a woman’s reproductive life) is highest in Africa (at 1 in 26), whereas it is 1 in 47,600 in Ireland.[1,4] These unacceptable statistics have remained unchanged for over two decades in spite of the fact that almost all causes of maternal mortality are well known and preventable.[1,5]

Access to quality care during pregnancy and especially at delivery seems to be the crucial factor in explaining the disparity in maternal mortality between the developing countries and the industrialized world.[6] Only about one-third of births are assisted by trained attendants in African and South Asia, and 64% in Latin America as opposed to 93% in East Asia and virtually 100% in North America.[4]

The Nigeria Demographic and Health Survey 2008, for instance, found that only about 39% of the births were assisted by a skilled health worker, 19% by a relative or other person, and an equal proportion of births were attended by no one.[7] The situation is made worse by the concentration of health facilities in the urban areas and neglect of the rural areas, where over 80% of the population resides with few facilities that can adequately offer emergency obstetric care.[6]

The MMRs in most developing countries have consistently shown a rising trend for more than two decades after the safe motherhood initiative (SMI)[10] was launched in Kenya in 1987. A comparative review of maternal deaths (before and after SMI) in a teaching hospital in Enugu, Nigeria showed that MMR was significantly higher in the period after the launch of the SMI.[11]

There is a need for periodic reviews of maternal deaths in obstetric units to improve future obstetric services.

The aim of this study is to determine the MMR, compare it with that of the previous study in the hospital and identify the causes and trends at the Ebonyi State University Teaching Hospital (EBSUTH), Abakaliki, Nigeria.

This was a retrospective analysis of the maternal deaths at EBSUTH, Southeast Nigeria over a ten-year period (between January 1, 1999 and December 31, 2008).

Abakaliki is the capital of the state of Ebonyi with an estimated population of 4.3 million according to the 2006 national census. It occupies a land mass of 5,935 km2. About 75% of the population dwells in the rural areas with farming as the major occupation.

EBSUTH is one of the two tertiary health facilities in Abakaliki, the state capital, and receives referrals from all parts of the state. Free maternal health services were introduced in the hospital in 2001.

After obtaining permission from the ethics and research committee of the hospital, the operating room, labor ward, antenatal ward, postnatal ward, accident and emergency department, as well as gynecological ward records were examined, and the names and hospital numbers of all maternal deaths related to pregnancy and childbirth were extracted. The case notes of these patients were retrieved from the records department of the hospital. The records were reviewed by trained staff using pre-established and piloted data extraction forms.

The information extracted included number of maternal deaths, booking status, age, parity, social class, educational level of the women, mode of delivery, and cause of death.

For all mortality cases, no autopsies were done.

The data were analyzed using Epi-Info 2007 software volume 3.4.1 (CDC, Atlanta, USA). Some of the data were represented with bar charts and graph.

The yearly MMR is graphically represented in Figure 1 for easy appreciation. The causes of maternal deaths are shown in Table 2. Direct obstetric causes were responsible for 84.2% of the deaths, whereas indirect causes resulted in 15.2% of the deaths. The MMR at EBSUTH showed a decreasing trend from 4,000 per 100,000 live births in 1999 to 757 per 100,000 live births in 2008 and the latter figure is below the national average of 800 per 100,000 live births.[9] The decline in MMR in the hospital could be attributed to the free maternal health services introduced in the year 2001. High cost of services and drugs has been shown to exert a strong negative impact on the use of health services by women, especially when their access to financial resources is limited.[14] The removal of financial barriers to delivery and emergency care is essential if the Millennium Development Goal (MDG) 5 is to be realized.[1] Furthermore, there was recruitment of specialists and junior doctors with provision of modern equipment in the hospital.

This improved the quality of services and reduced institutional factors (delays), which have been shown to be a major contributor to maternal mortality in developing countries.[14,17]

Majority of the maternal deaths, 82.4%, occurred amongst unbooked mothers. This was similar to other reports.[13,17] Many mothers fail to receive antenatal care and, instead, arrive at the hospital for the first time when life is already endangered by difficult labor and advanced pregnancy complications.[18] The fact that 10.9% of the mothers died undelivered is a reflection of the weak or nonexistent referral system and lack of transportation in the area. Umeora et al.[19] observed that delayed referrals by traditional birth attendants (TBAs) in the area also contributed a lot to maternal deaths.

Majority of the deaths (27.3%) occurred in the age group of 25-29 years. This suggests that maternal mortality commonly occurs in the prime and most reproductive part of life.[15,16] This, however, contrasted with the findings of Aboyeji et al.[20] which showed that maternal deaths were common in women who were 40 years and above.

The highest mortalities were seen in grand multiparas —32.1%—followed by primigravidas (28.5%). This is also in consonance with other reports.[15,16] There is a need for special care for these groups of women so that the risks and complications common to them are anticipated and properly handled.

The second commonest cause of maternal death was sepsis, 18.8%. This contrasts with the report from Enugu [22] which showed that sepsis (28.5%) was the leading cause of death. The availability of a wide range of antibiotics and drug-revolving fund, as well as the free maternal health services (which meant that treatment could be initiated without payment) probably accounted for the reduction in sepsis.

Ruptured uterus (13.9%) and obstructed labor (13.3%) were the third and fourth most common causes of deaths in this review. Audu and Ekele,[23] observed that ruptured uterus was the leading cause of maternal deaths in Sokoto. The high percentage of ruptured uterus and obstructed labor is a peculiar finding in EBSUTH, Abakaliki. This is due to the health-seeking behavior of the population in the rural areas, cultural practices and attitude toward labor and deliveries (home deliveries are seen as the litmus test of womanhood), injudicious use of oxytocics by unskilled attendants, application of fundal pressure by able-bodied men to achieve vaginal delivery, and poor transportation network from the hinterland.[18]

Abortion at 8.5% was the fifth commonest cause of maternal death. Its contribution was not as significant as in other studies.[24] This is related to the restrictive abortion law, and perception and attitude of health workers toward abortion. Consequently, abortion-related complication cases avoid public institutions. They prefer private hospitals to ensure confidentiality.[24]

Pre-eclampsia and eclampsia accounted for 6.1% of the maternal deaths. This is lower than the incidence from other studies.[13,15,16] The main reason for such high mortality in tertiary hospitals is late referrals, without anticonvulsant therapy.[13]

Ectopic pregnancy was responsible for 1.2% of maternal deaths in this review as compared to 2.6% in the series reported from Maidugiri.[25]

HIV/AIDS contributed to 4.2% of the deaths in this series. In Benin Nigeria,[14] HIV/AIDS was the leading cause of death in 20.2% of the mothers. There is evidence that HIV/ AIDS may have overtaken direct obstetric causes in some centers with a high HIV prevalence.[26] HIV/AIDS impact both direct and indirect causes of maternal mortality by an associated increase in anemia, puerperal sepsis, postpartum hemorrhage, and a predisposition to opportunistic infections such as tuberculosis.[26]

The fact that illiteracy is a major contributor to maternal mortality has been stressed.[25] In this review, the highest maternal deaths (45.1%) occurred in those with no formal education; this decreased as the level of education increased. Education exerts an effect on health-seeking behavior by creating awareness, ensuring economic empowerment, and improved ability and freedom to make health-related decisions including choice of maternal services for use.[27]

In conclusion, the free maternal health services, modern equipment, and adequate staff recruitment, which contributed to the observed decline in maternal mortality, should be sustained. There is a need to establish a functional blood-banking system and to adopt active management of the third stage of labor, which has been shown to reduce postpartum hemorrhage by 62%.[28] Mothers should be encouraged to use available antenatal services. Delayed referrals, which contributed immensely to maternal mortality should be addressed by adequate sensitization of the TBAs and health workers at the referral hospitals to the need for early referral and provision of effective ambulance services to ease transportation difficulties. 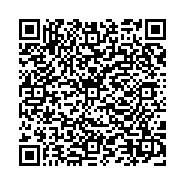