Is a Long Term Work in Automotive Industry a Risk Factor for Renal Dysfunction?

Background: Disorders of renal system can cause renal failure; therefore screening is necessary especially in workers who are exposed to harmful materials. Hypertension, diabetes mellitus, and hazardous exposures are nonâÂÂoccupational and occupational risk factors for renal diseases. Aim: The objective of this study was to determine the effects of working in automotive industry on renal function in Iran. Subjects and Methods: In a historical cohort study, workers of automotive industry who worked in production and had low exposure to metal fumes were selected and divided to three groups with 5–10, 11–20, and 21–30 years work duration. risk factors for renal diseases were collected and analyzed with SPSS using oneâÂÂway ANOVA, correlation coefficient and with P < 0.05 and relative risk with a confidence interval (CI). Results: The means of work duration in Groups (A), (B) and (C) were 9.8 (0.6), 13.8 (2.0), 22.3 (1.6) years respectively with ANOVA (F) =187.864 and P < 0.01. Glomerular filtration rate (GFR) was 59.75 (0.70), 59.16 (1.52) and 59.10 (2.23) in Groups (A), (B), and (C) respectfully The relative risk of creatinine clearance, uric acid and mean blood pressure were the highest in Group (B); 1.970 âÂÂ CI, 0.541–7.169, 1.571 95% CI: 0.198–12.470, and 1.519 95% CI: 0.425–5.426, but the differences were not significant. Conclusion: GFRs were decreased with work duration, but the differences were not significant. Working in automotive Industry with low exposure to toxic metals and solvents has no significant effect on GFR, creatinine clearance, uric acid, and mean blood pressure.

One of the vital organs is the kidney that its disorders especially chronic renal failure can cause great disability or even death. Some people especially workers who work in special industries are more at the risk of these disorders. [1]

Many studies had been conducted on workers’ health; however, a few of them studied renal system because renal disorders usually have more than one etiology. One of the preventable risk factors is work exposure.

According to medical knowledge, renal disorders can cause great impairment and disability. Prevention of renal disorders is possible by screening renal risk factors such as hypertension and diabetes mellitus. Although controlling non-occupational risk factors is necessary, but it is not enough and occupational exposures must be controlled too. In this regard many variables had been assessed and measured such as glomerular filtration rate (GFR), creatinine clearance, uric acid, mean blood pressure, obesity, smoking, and family history. Furthermore, solvents and chemicals, toxic metals, environment temperature, air pollution, shift work, and stress can affect these parameters. [2-6] By pre-employment and periodic examination the high-risk workers can be identified.

Researchers who had studied work exposures, found that work with toxic metals and exposure to them is an important risk factor for renal injury in related industries. Some of these toxic metals are lead, cadmium and mercury that have a wide usage in the environment and industries. [10-13] In recent years, scientists have been tried to replace these metals by harmless ones. Some studies showed the effects of preventive methods in reducing the risk of renal dysfunction.

Some studies found that exposure to solvents is harmful for renal function while other studies had indicated the carcinogenic effects of some solvents such as trichloroethylene and perchloroethylene on kidney. [2,3]

A number of studies had investigated the environmental effects of cadmium on kidney. [14] Industrial workers who are exposed to work hazards affecting kidney must be periodically examined by both clinical and para-clinical examinations. Studies proved the effects of high dose exposures to hazardous material. [15,16] However, chronic exposure to low concentrations in standard levels need more evaluation, and unidentified effects must be assessed. The World Health Organization had published a report showing deaths by cause, sex and mortality in 2000. This report emphasized the importance of renal dysfunction and cancers. [17] In the automobile industry regarding different processes, workers are exposed to different exposures including toxic metals; lead, cadmium, and solvents.

Ogata et al. had published a case of lead nephropathy due to chronic occupational lead exposure. [20] Haddam et al. determined the confounders in the assessment of renal damages associated with low-level urinary cadmium in an industrial setting. [21]

A few studies about environmental exposures, diet and smoking demonstrated the adverse effects of cadmium and other elements on renal function. [22-26]

Researchers had also showed that work in thermal stress and unsuitable rotation work programs are risk factors for renal dysfunction. Previous studies had talked about the cold exposures and its harmful effects on health. [27] Some studies indicated the positive effects of screening on identification of occupational and non-occupational disorders. [28-30]

The objective of this study was to determine the effects of working in the automotive industry on renal function in Iran.

the oral consent had been taken from participants and researcher promised to use cumulative data.

Workers had been selected from a historical cohort study with simple randomized sampling method. Study population was calculated according to α= 0.05, β = 0.20, and P = 20%. About 1000 workers had been evaluated based on inclusion and exclusion criteria. Data were collected from medical records of 506 workers from Iranian factories.

The study tool was a checklist concerning medical issues and tests. The checklist was prepared in the educational department of Health faculty according to professor’s opinions, and was used in a pilot study with a correlation coefficient of 88% for reliability.

Exposure measurement; with using sampling pump and spectrophotometer pollutants of the work place such as lead, cadmium and solvents were analyzed.

Data was entered in SPSS for windows version 16 (Chicago ILL ,USA) and was analyzed using frequency, mean, ANOVA for quantitative variables, correlation coefficient with P < 0.05 and relative risk with a confidence interval (CI).

Results are in three parts; demographic information, health information and kidney risk factors. Workers had rotating shift work. Exposure assessment for lead, cadmium, and solvents showed that the means of exposures levels were in permissible level.

No one had abnormal urine analysis. Group (A) had no smoker. In health information mean of GFR, creatinine clearance, uric acid, mean of blood pressure, fasting blood sugar, body mass index, and pulse rate were assessed. Table 1 is demonstrating these information and comparison between groups.

Then correlation of variables such as GFR < 60 ml/m, creatinine clearance (more than 1 mg/dl), uric acid (more than 6 mg/dl), mean of blood pressure (more than 90 mmHg), fasting blood sugar (more than 90 mg/dl), body mass index (more than 25 kg/dl), and pulse rate (more than 75/min) with work duration was calculated and reported in Table 2.

According to this study results, there is no correlation between work duration in the automotive industry and kidney disorders. The mean of GFR was higher in Group (A) with less duration of exposure, but the differences were not significant. The mean of following variables were higher in reported groups: Creatinine clearance in Group (B), uric acid in Group (A), blood pressure in Group (C), and fasting blood sugar in Group (A), but no significant differences were observed. GFR < 60 ml/m, clearance creatinine more than 1 mg/dl, uric acid more than 6 mg/dl and mean of blood pressure more than 90 mm Hg were more common in Group (B). Some studies demonstrated the relation between exposure to high level of toxins and kidney disorders. In metal industries, some risk factors existed like lead, mercury, cadmium that could damage the kidney. [10-12] However, the low level of fumes in chronic exposures might also damage the kidney and cause renal dysfunction. Hambach et al. demonstrated that the co-exposure to lead increases the renal response to low levels of cadmium in metallurgy workers, which is somehow different from our results. [18] this difference could be because in metallurgy the workers are exposed to some harmful and pollutant processes that were not existed in automotive industry in this study.

Work exposure to high level and even to lower levels of lead, cadmium and mercury could be a risk factor for kidney dysfunction; this reality had been demonstrated in a case report and other research studies. [10-13] Ogata et al. defined the lead nephropathy due to chronic occupational lead exposure in one patient. [20] Interestingly, this result showed the effects of lower level exposure. It is controversial that whether the lower levels of lead is related to kidney dysfunction, the relation between chronic interstitial nephritis and lower levels of cadmium is controversial too. Solvents may affects renal function. [6] In this study the renal dysfunction related to such low level exposures was not observed. Researchers found that work with solvents was a risk factor for renal diseases specially neoplasia. other studies showed that work with trichloroethylene and perchloroethylene were a risk factor for renal cancer. [2]

In addition to occupational exposures, other disorders such as hypertension and diabetes mellitus can cause renal disorders and long time disability and out of work. Forbidding the smoking, control of blood pressure and blood sugar are popular advices for managers of industries who are interested to their workers health.

In this study, low level of exposures was in the standard levels that could not cause renal disorders during career years. According to this study results, workers with more than 20 years’ work duration had the higher levels of creatinine clearance and uric acid compared with other groups, but had a lower level of GFR, but the difference were not significant.

Screening of renal disorders risk factors in all high risk works and industries is helpful and beneficiary. Based on studies application of some engineering and administrative controls are helpful for controlling risk factors. The studied industry had engineering controls such as general and local ventilation.

In present study, after the calculation of relative risk; it was found that the relative risk was more than one for GFR < 60 ml/m, creatinine clearance more than 1 mg/dl, uric acid more than 6 mg/dl and mean of blood pressure more than 90 mm Hg, in Group (B), but their CIs were included one.

Automotive industry have a lot of chemicals and some physicals hazards which are risk factors for renal disorders, their control reduce the risk of occupational renal disorders. Some of the control ways are engineering control, then administrative control and at the end using personal protective devices.

In this study, no exact job analyses were performed, but workers had perfect medical examination. Medical surveillance with periodic examination for screening of non-occupational and occupational disorders, especially risk factors for vital organs function such as kidney could be helpful.

Glomerular filtration rate decreased with work duration, but the difference was not significant. The automotive industry with low exposure to toxic metals had no effect on creatinine clearance, uric acid, and mean blood pressure.

The researcher is grateful to vice chancellor of research of Mashhad University of Medical Sciences for all the supports and to related industries for their help in data collection. 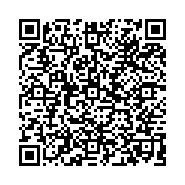