Juvenile Aggressive Ossifying Fibroma of the Maxilla: A Case Report and Review of the Literature

Juvenile aggressive ossifying fibroma is a rare benign but locally aggressive tumor with high recurrent potentials. Juvenile aggressive ossifying fibroma poses diagnostic challenges because of its rapidly growing nature. A 7âÂÂyearsâÂÂold female child presented to the pediatric unit of our institution with a 9âÂÂmonth history of right maxillary tumor.An initial diagnosis of Burkitt’s lymphoma was made and the child has several courses of chemotherapy without adequate histologic confirmation., She was later referred to the maxillofacial unit where the appropriate diagnosis and treatment were instituted. The importance of early recognition and adequate management is highlighted.

Juvenile aggressive ossifying fibroma (JAOF) is a rare benign but locally aggressive tumor with high recurrent potentials. JOAF is a distinct clinical entity, often confused with malignant conditions because of its rapidly progressive and osteolytic nature.[1] The present study reports a case of juvenile aggressive ossifying fibroma involving the maxilla. The importance of early recognition and adequate management is highlighted.

A 7-year old female child presented to the pediatric unit of our institution with a 9-month history of right maxillary tumor. A clinical assessment of Burkitt’s lymphoma was made, and the child was subjected to several courses of chemotherapy without adequate histologic confirmation. The child was later referred to the maxillofacial unit after about 2 months of unsuccessful management by the pediatricians.

On presentation, there was an expansile lesion, measuring about 12 cm by 8 cm in its greatest diameter, involving the right maxilla with proptosis of the right eye and moderate hypertelorism. Vision was, however, intact in the associated right eye. The right nostril was completely obstructed by an exophytic growth, and thus patient had to breathe via the left side [Figure 1]. Intra-orally, the lesion had involved the whole of the right hemipalatal region with a little extension to the contralateral side. The associated teeth had little or no displacement but with grade 1 mobility. On general examination, there was mild palor and weight loss, but there was no difficulty in swallowing. Computerized tomographic findings showed a well-delineated osteolytic lesion, which had destroyed the right maxilla and with extension into the maxillary antrum [Figure 2]. Incisional biopsy was done, and the histopathologic analysis confirmed a diagnosis of juvenile aggressive ossifying fibroma of the trabecular variety [Figure 3]. A hemi-maxillectomy was planned. A Weber-Feguson incision was used to expose the lesion, which was excised. The lesion was well-defined, and some areas of cystic degeneration were encountered. The lesion was excised along the line of cleavage. Gross examination of the specimen showed multiple gray-white, soft to firm fragments measuring 5.5 × 4.0 × 3.0 cm in largest dimension. The whole specimen was sent for histopathologic diagnosis. Slides from the initial biopsy were reviewed and compared. The initial histologic diagnosis of trabeculae juvenile ossifying fibroma was confirmed. The nasal lesion was found to be in isolation from the maxillary lesion and was excised, labeled separately, and sent for histopathologic diagnosis. The result came out as nasal polyp.

The patient was rehabilitated by fabrication of an obturator to cover the surgical defect. Post-operative recovery was uneventful, and patient was discharged after 1 week following surgery.

Juvenile trabecular ossifying fibroma occurs in young patients with peaks occurring in those who are below 15 years of age and is usually characterized by rapid growth and a high tendency for recurrence.[6,7] It presents as a well-defined, unilocular or multilocular expansile, and well–circumscribed radiolucent lesions with cortical thinning.[6,8] The clinical and radiographic presentations of our patient were consistent with the features of juvenile ossifying fibroma with respect to the age, rapidly progressive nature, and the well-delineated radiographic picture.

Histologically, JOF is characterized by the presence of cellular fibrous stroma, immature bony strands, and cement particles.[9,10,11] The JOFs are classified into two distinct clinicopathological entities: the trabecular and the psammomatoid types. The juvenile psammomatoid variant is characterized by a proliferation of benign spindle-shaped fibroblastic cells with embedded mineralized structures, which may present with round to ovoid collections of bone with an osteoid rim.[12] Multinucleated osteoclast-like giant cells may be seen with occasional normal mitotic figures, but atypia is not a usual feature.[13] Microcopically, the trabeculae variant is composed of a fibroblastic spindle cell stroma, containing osteoid matrix surrounded by osteoblasts and anastomosing trabeculae of immature woven bone, often intermixed with scattered clusters of multinucleated giant cells; mitoses may be present, but cystic degeneration is rare.[5,14]

The most prominent condition in the differential diagnosis is fibrous dysplasia. The rapidity of growth, monostotic nature, and the well-delineated radiographic margins differentiates it from fibrous dysplasia.[15] Other major conditions in the differential diagnosis include aneurismal bone cyst, osteoblastoma, osteosarcoma, and cemento-osseous dysplasia. Burkitt lymphoma should also be considered in the differential diagnosis of JAOF because of the similarity in the age and site of presentation, rapidity of growth, and radiolucent radiographic appearance. The characteristic gross mobility and displacement of the associated teeth in what is usually termed “dental anarchy” may serve as a dividing line between the two lesions clinically. In addition, patients with Burkitt’s lymphoma may present with varying abdominal symptoms, which may range from splenomegally, hepatomegaly, or enlargement of both organs. Burkitt’s lymphoma usually presents with weight loss, and our patient also had some degree of weight loss. This observation may be due to inadequate alimentation in the patient with JAOF and not as a result of “cancer cachexia” in Burkitt’s lymphoma.

The few clinical similarities, outlined above, between Burkitt’s lymphoma and the present case presented was, however, not enough evidence to have excluded other clinical entities in favor of Burkitt’s lymphoma. It is the standard of care to have a histopathologic confirmation for any suspected malignant lesion before administering any forms of chemotherapy because of the potential morbidity associated with these types of medications.

Juvenile aggressive ossifying fibroma is a rare clinical entity often misdiagnosed and mismanaged because of its rapidly progressive and osteolytic nature. The present case was the victim of such misdiagnosis. The distinction between psammomatoid variant of juvenile ossifying fibroma, especially if it affects the paranasal sinuses and psammomatoid meningiomas, can be quite challenging.[5,12] Bohn et al. reported the diagnostic and therapeutic difficulties encountered in their management of juvenile ossifying fibroma with dual histologic features of the trabecular and psammomatoid variants affecting the basal skull in a 15-year-old patient.

JOAF is treated by surgical excision and may recur if local resection is not complete. Long-term follow-up is necessary owing to its locally aggressive nature and high recurrent potentials. A careful assessment of its clinical, radiographic, and histopathologic features is necessary to overcome the diagnostic and therapeutic challenges associated with this lesion. 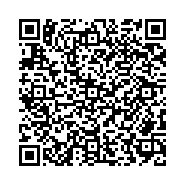