Lack of Attention to Oxygen Temperature in the Ambulance during Treatment of Acute Myocardial Infarction, Coronary Artery Disease and Acute Coronary Syndrome: The Silent Killer

Letter to the Editor

Today, oxygen is widely used as a medicine and pre-hospital emergency strategy, which is usually administered to patients at unknown concentrations even without an apparent adverse event. Evidence from studies has shown that many pre-hospital patients have hyperoxia complications when admitted to hospitals. [1]. However, in some cardiovascular patients suffering from hypoxia, oxygen therapy is an immediate goal to relieve pain and support blood circulation. Since nearly 75 years ago, this emergent treatment has been used to improve patients and prevent their progression of diseases at pre-hospital emergency wards. [2].

Although there is no scientific consensus on the prescription or non-prescription of oxygen in patients with AMI, CAD, and ACS in emergency situations, our discussion in this paper is focused on whether or not the majority of such patients must receive oxygen in hospitals. Results have shown that the majority of physicians and paramedics think oxygen therapy is suitable for patients. Yet, the current debate can be a challenge both in terms of its goodness or badness because if oxygen therapy in the mentioned patients is good, then, why should it lead to a risky, challenging, and worsening situation. [3,4].

Aiming at investigating the case in southern Iran, the researchers of this study found that so far, few pre-hospital personnel have probably presumed that the temperature in warm climates, such as in Iran, Sudan, Oman, Libya, Kuwait, Iraq, etc. reaches almost 55°C in summer, while the temperature in the rear cabins of pre-hospital ambulances, which have been composed of a metal space, exceeds this level in this season; on the other hand, the temperatures of liquid oxygen tanks and monometer sources located inside the metal cabins of ambulances naturally and painfully go up and thus, the output nasal cannula oxygen of the mask is warmer than the conscious or unconscious patients’ body temperatures, while they have to endure hot oxygen with a temperature higher than what it should be. In addition, for an increase of each degree in the body temperature, the rates of metabolism and heartbeat enhance from 10% to 13% and about 13 pulses per minute, respectively. However, as mentioned earlier, patients require a reduced metabolism for preventing the possible hypoxia and relative ischemia and reducing their heart workloads, relieving their pains, and supporting their blood circulations in emergency situations. According to the calculations, the metabolism rates and pulses of patients with heart diseases will increase at least by 60% and about 60 beats per minute, respectively if oxygen is used for them with at least 5 degrees warmer than their body temperatures. Now, we have to think whether oxygen therapy for an AMI patient, who is also involved in the stress of ambulance services and entourages in the rear cabin of an ambulance in the high summer temperature, is good or not. If oxygen therapy is bad in such a condition as evidenced by some studies, then, what benefit can this bad oxygen with high temperature give to these patients with regard to the occurrence of the mentioned complications? 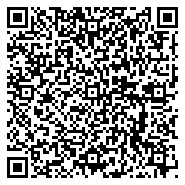