Lack of Attention to Oxygen Temperature in the Ambulance during Treatment of Intracranial Pressure and Head Trauma: The Silent Killer

Traumatic Brain Injuries (TBI) is a major burden on the health care system in the world. Approximately 10 million TBIs occur annually. [1] In addition, patients who survive these injuries may be disabled forever. [2,3] Remedial action for trauma patients begins with Advanced Trauma Life Support (ATLS) and attempts to immediately treat life-threatening injuries, such as airway obstruction, inadequate oxygen supply and shock etc. based on ABCs algorithm. The main priority for pre-hospital careers is ensuring an open airway and acceptable respiratory status as hypoxia is the most immediate threat to life. [4-6] However, the prognosis of patients is closely related to primary and urgent actions, [7] such that disorder in the prognosis of patients with brain injuries is highly associated with pre-hospital secondary problems. Most of these problems can be resolved by studying these problems and changing the process of prehospital care. [2,3]

Hypoxia generally occurs whilst transferring TBI patients. Emergency technicians are forced to deliver oxygen treatment to reduce hypoxia - some studies have reported that timely oxygen therapy and correct hyperventilation of TBI patients can lower the rate of mortality by up to 7 times. [8] Applying oxygen and hyperventilation of some patients with high Intracranial Pressure (ICP) reduces PaCO2 and cerebral vasoconstriction and decreases cerebral perfusion ICP. [9] The use of cooling blankets in some pre-hospital emergencies to reduce metabolism subsequently reduces ICP in trauma patients.

However evidence from researchers working in emergency rooms suggests an issue which could be addressed by prehospital personnel. In hot climates such as in Iran, where temperatures in some places reach 55° C, the temperature within enclosed metal ambulance cabins can climb even higher, as can the temperature of the oxygen manometer tank water, which is embedded in the rear cabin. The oxygen going out of the mask or nasal cannula is then warmer than the patient’s body temperature and the conscious or unconscious patient must ingest oxygen at uncomfortable and dangerously high temperatures. For every 1°C increase in body temperature, metabolism rises by 10% - 13% and pulse rises about 13%. In the pre-hospital ambulance TBI requires metabolism reduction and oxygen therapy to reduce hypoxia and prevent increased ICP, however, consider the TBI patient who faces increased ICP receiving high temperature oxygen in the back of a pre-hospital ambulance. It would seem to cause an increase in morbidity and mortality in patients with TBI. In conclusion, the researchers of this paper believe that this complication in pre-hospital care is a silent killer, of which no mention has been made, and for which no solutions are being considered. 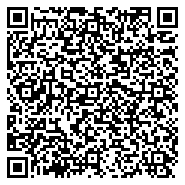