Laparoscopic surgery is best option for surgical conditions in pregnancy that necessitate surgical intervention. During pregnancy acute abdominal pain associated with acute appendicitis and Cholecystitis takes the lead in causing admissions and hospital visits. The SAGES recommends no limitations to trimesters for any laparoscopic intervention to be done. Laparoscopic cholecystectomy was performed successfully to a 31 years woman (G4P2+1 L2) at 20 weeks of pregnancy and discharged without complications on the third day. She had a normal delivery of a female baby at 38 weeks of gestation. Laparoscopic cholecystectomy is safe and reasonable treatment option during pregnancy.

Acute cholecystitis is the second most common cause of acute abdomen during pregnancy after acute appendicitis with an estimated incidence of 0.1%. During pregnancy, estrogen increases cholesterol production, whereas progesterone reduces bile acid secretion and inhibits gallbladder emptying and thus enhances stone formation process. The risk of maternal and fetal complications is higher with invasive procedures during pregnancy. Laparoscopic cholecystectomy remains as an ideal surgical option associating with less fetal and maternal complications, both Society of American Gastrointestinal and Endoscopic Surgeons (SAGES) and Japanese society of gastroenterological endoscopic surgery recommends that LC is safe during pregnancy at any trimester and during second trimester respectively.

While laparoscopic facilities, expertise and neonatal care is still a challenge in resources limited areas like ours, laparoscopic surgery shouldn’t overlooked when needed, excellent outcomes can be achieved with available recourses. We present a case of a 31 years old pregnant patient who was admitted at our hospital with signs and symptoms of acute cholecystitis confirmed by abdominal ultrasound. A conservative management wasunsuccessful prior surgical consultation. Laparoscopic cholecystectomy was successfully done during the same admission at 20 weeks of gestation and the patient was discharged after three days. She had unremarkable post-operative recovery and delivered normally at 38 weeks of gestation age. Laparoscopy surgery in pregnancy is safe and can be performed at any trimester of the pregnancy with favorable outcome to both fetus and the mother.

In this case, we document the history of a 31 years woman (G4P2+1L2) who was admitted with five months history of on and off abdominal pain, more at the right upper quadrant and radiating to the back; associated with vomiting, loss of appetite and had no fever, jaundice. Prior to this admission, she attended gastroenterology clinic for complaints of epigastria pain burning in nature radiating to the mid-back during which stool for H. pylori antigen test, abdominal USG and upper GI endoscopy were done. She tested positive for H. pylori stool antigen test and had erosive gastritis on OGD, otherwise the abdominal USG was unremarkable. About a week after initiation of triple therapy for H. pylori infection she was found to be pregnant thus medications for H. pylori eradication were withdrawn and kept on PPI only and continued to attend gynecological clinic. At the time of consultation the gestation age had reached 20 weeks by ultrasound.

Hematological workup revealed leukocytosis with predominance of neutrophils, normal liver enzymes and serum electrolytes, body mass index 27.9 (165 cm, 76 kg). Abdominal ultrasound described multiple calculi with acute cholecystitis. CBD was neither dilated nor had stone. A conservative management with antibiotics, analgesics and PPI was initiated prior gastroenterologist consultation, but the patient did not improve hence consultation to gastroenterologist was made and a conclusion to go for surgery was reached. The patient and her husband were explained explicitly on the risks of losing the baby when invasive surgical procedure is undertaken, both anesthesia and surgical risks and surgical options were explained, and after discussion the couple agreed for laparoscopic cholecystectomy during the same admission. Laparoscopic cholecystectomy was performed under general anesthesia, fetal heart sounds and rates were confirmed before and after the operation and perineum inspected for any abnormal discharge. After induction of anesthesia and securing the patient, she was tilted in a reverse Trendelenburg, with this position the uterus descended into the pelvis give enough space on the upper abdomen to work on, and the patient was also tilted slightly to the left side which also reduced pressure of the gravid uterus on the IVC. Abdominal access was archived through umbilical port, a direct technique with great care to avoid injury to the uterus was used to gain access, and a 10 mm trucker was inserted at the umbilicus without its cannula. A 30ºC telescope was inserted; thorough inspection of the abdomen was done, after no injury or bleeding seen, and three other ports for LC were placed under direct vision. Pneumoperitoneum was achieved by CO2 insufflation 10-12 mm Hg. The gallbladder was covered with moderate adhesions of omentum especially at the fundus, after adhesionalysis the gallbladder came into full view with thickened wall at the fundus and gross edema on the liver bed side (Figure 1).

Figure 1: Gallbladder came into full view with thickened wall at the fundus and gross edema on the liver bed side.

• B: Exposed gallbladder and the cystic duct

The cystic plate was raised and all fibro-fat tissues at the cystic artery/duct complex were removed by cautery and blunt dissection. After confirming the critical view of safety the cystic artery was ligated and dissected first, followed bycystic duct in similar manner. An extracorporeal knot with viral 2/0 was used for ligation, double knots on the proximal sides and single on the distal ends. After dissection of the two strictures the proximal ends were inspected and confirmed there is no bile leak or bleeding. With great care the edematous gallbladder was dissected successfully off its fossa with a hook, at its body and fundus it was thickened and adhered to the liver bed. The raw area on the liver was re-inspected. The gallbladder was extracted via umbilical port and retrieving multiple yellow stone not exceeding about 1 cm largest diameter and ports were closed. The patient improved well on day one post-operative, pain was significantly reduced, no vomiting. Feeding and ambulation was initiated on day one post operation. The patient was discharge after 3 days post LC. Pathology confirmed diagnosis was chronic cholecystitis. After discharge from the hospital she had a normal maternity period and the fetus progressed to term. A female baby weighing 3.0 kg was delivered normally at 38 weeks of gestation.

Acute cholecystitis associated abdominal pain in pregnancy is not uncommon non obstetrics abdominal surgical pain second after an acute appendicitis. The risk of maternal and fetal complications is higher with invasive procedures during pregnancy. Conservative approach is associated with high rate of hospital visitation and admissions surgical outcome is superior with laparoscopic cholecystectomy to conservative approach in terms of maternal and fetal complications association. Nonetheless; conservative approach may look reasonable alternative in resources limited area, yet the outcomes are not promising on maternal and fetal outcomes, 2010 reported conservative treatment had 36% obstetric complications compared to 18% in the operated patients while others reported a readmissions of between 30-70% in patients managed conservatively. The Society of American Gastrointestinal and Endoscopic Surgeons guidelines recommends that; Laparoscopic cholecystectomy is safe at any trimester during pregnancy. On the other hand The Japanese society of gastroenterological endoscopic surgery recommends laparoscopic surgery during second trimester (14-27 weeks) in pregnant women. However, when surgeries in trimesters were compared, first trimester surgeries were associated with less maternal and fetal complications as compared to the second and the third trimesters, which was found to be associated with increased number of premature deliveries and additional charges. However in a systematic review study of 590 patients who underwent LC during pregnancy found that majority were done during second trimester, with overall intra and postoperative complication rate of 3.5%-4%. Furthermore; the study reported fetal loss rate and preterm delivery rate of 0.4% and 5.7% respectively. Second trimesters have been preferred for the intervention because the organogenesis is complete and the gravid uterus is not yet so large to obstruct the vision. Laparoscopic cholecystectomy in pregnancy is feasible and safe procedure, when compared to conservative management it has advantage of reducing readmission rates, recurrence of symptoms, and obstetric complications and other advantages are similar to non-pregnant women.

Laparoscopic cholecystectomy in pregnancy is a feasible option and should be considered as the first option in pregnant women presenting with gallbladder diseases. Laparoscopic facilities and experienced laparoscopic surgeons are essential parameters before undertaking the procedure. Operative complications reported in different literatures are less as compared to conservative approach. Therefore LC is superior to conservative approach in terms of fetal and maternal outcome, reducing hospital stay, readmission and duration of symptoms and should be opted during pregnancy for symptomatic gallstone disease.

To our patient who gave us her confidence to treat her and use her case studies for improvement of medical practice. 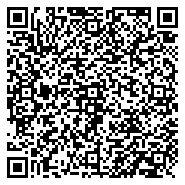