Lipid Profile and High Maternal Body Mass Index is Associated with Preeclampsia: A Case-Control Study of the Cape Coast Metropolis

Preeclampsia is a hypertensive disorder of pregnancy whose etiology though ill-understood has been linked with the stimulation of the regulatory systems of inflammation and endothelial function beyond tolerable physiological limits in normal pregnancy. This condition still remains a leading cause of maternal mortality worldwide and a serious health problem that affects the majority of women in the presence of numerous preventive and management strategies.[1] Across the globe, the incidence rate of preeclampsia currently stands at 2-10%.[2] The incidence rate in Ghana is currently pegged around 7%.[3,4] The etiology of preeclampsia still remains unknown with several theories trying to identify the exact cause. However, the following theories on the pathogenesis of preeclampsia: Placental ischemia, genetics, immune maladaptation, and oxidative stress hypotheses have received worldwide acclaim.[5] The oxidative stress theory seems to be the most popular among the theories and has been linked with the lipid abnormalities and vascular dysfunction seen in preeclampsia. Consequently, several studies have linked dyslipidemia, characterized by abnormal levels of high density lipoprotein (HDL), low density lipoprotein (LDL), TC, triglycerides (TGs) and very low density lipoprotein (VLDL), with an increased risk of preeclampsia.[6-8] Substantial variations have been identified in the lipid parameters of preeclamptics compared with normal pregnant women. These variations make preeclamptics more vulnerable to lipoprotein oxidation a major etiology of this condition. Furthermore, abnormalities in lipoprotein metabolism lead to cardiovascular consequences and proteinuria, a predictive marker of preeclampsia.[9] These arguments emphasize the important role played by dyslipidemia in the pathogenesis of preeclampsia and subsequently eclampsia. However, there is a paucity of data on the lipid levels of preeclamptics in Ghana as earlier studies conducted by Turpin et al., (2008) focused on pregnancy induced hypertension (PIH). The aim of this study is to determine the lipid profile and identify the association between the lipid levels and maternal body mass index (BMI) of preeclamptic women in the Cape Coast Metropolis.

A total of 110 pregnant participants comprising 60 preeclamptics and 50 healthy normotensive controls matched for age and gestational age were recruited using a consecutive sampling method. A standard pretested questionnaire was used to obtain information on demographic data, family history of hypertension, parity, and gravidity.

Participants with gestational age 20 weeks or more, with elevated blood pressure (≥140/90 mmHg) and dipstick proteinuria (>++) were recruited as subjects. Healthy pregnant women, of similar ages as the cases receiving antenatal care at the maternity units of the hospitals were recruited as controls. Women with other hypertensive disorders of pregnancy such as eclampsia, and other conditions such as diabetes, chronic hypertension, autoimmune disease or renal disease were excluded.

Patients were made to stand without their sandals, bags or anything of significant weight on the weighing scale (Hospibrand ZT-120, Huaiyin medical instruments Co. Ltd, China) and against the meter rule (Huanan measuring tape). The weight was read to the nearest 0.1 kg and recorded. The value for the height was recorded to the nearest 0.1 cm and then converted to meters. The BMI was calculated using formula (weight/height squared) and expressed in kg/m².

Trained personnel used a mercury sphygmomanometer (Accoson, England) and a stethoscope to measure the blood pressure of participants in accordance with recommendations of the American Heart Association.[10] The procedure was repeated for each patient between 5 and 10 min. Mean values of duplicate measurements were recorded as the blood pressure.

Urine collection and determination of proteinuria

A volume of 5 ml of venous blood samples was collected from participants after an overnight fast (8-12 h) and immediately transferred into vacutainer plain tubes. The clotted sample was centrifuged at 500 g for 5 min and the serum stored at -80°C in cryovials until assayed.

Independent t-test was used to compare mean scores between preeclamptics and controls. Chi-square was used to test the association between categorical outcome variables. Correlations between proteinuria and both clinical and biochemical parameters were made using Pearson’s correlation coefficient test. The odds ratio of the association between preeclampsia and BMI were performed with multivariate logistic regression. P < 0.05 were considered as statistically significant. Data were analyzed with Statistical Package for Social Sciences (SPSS version 16 SPSS Inc. Chicago, USA).

Sociodemographic and clinical characteristics of study participants are shown in Table 1. Women with preeclampsia had significantly higher BMI compared with the controls (P = 0.01). Obesity was associated with preeclampsia as preeclamptic women were more obese (30.0%; 18/60) than controls (4%; 8/50), Mean parity (P = 0.27) and age (P = 0.26) were not significantly different in preeclamptics compared with healthy pregnant controls.

We assessed the association between lipid profile and maternal BMI among preeclamptic women in the Cape Coast Metropolis. Our results showed that serum lipid levels (TG, TC, LDL, and VLDL) were higher among our preeclamptic subjects; and hypertriglyceridemia and high BMI were independently associated with preeclampsia.

Increased obesity among preeclamptic women has been related to implications for prenatal care and supervision of the delivery. Participants with preeclampsia were more obese than the healthy controls [Table 1] in agreement with the finding of Sharami et al.,[12] who alluded that women with preeclampsia had higher BMI than controls. The pathophysiological mechanism behind the increased BMI in preeclampsia is not fully understood though increased insulin resistance and a state of inflammation associated with obesity are likely important contributing factors.[13]

Several studies have identified the crucial role played by abnormal lipid at different stages of pregnancy in the pathogenesis of preeclampsia.[6,7,14] In this study, we observed elevated levels of the lipid parameters (TC, TG VLDL, and LDL) with reduced levels of HDL in the preeclamptic participants compared with the controls [Table 2]. The serum concentration of TC was significantly increased in the preeclamptics compared with the normal pregnant women [Table 2]. This is in conformity with the results of earlier studies.[5,15]

Table 2: Clinical and biochemical characteristic of the participants

Furthermore, our preeclamptics had high levels of TG, which corroborates the reports of Gratacós et al.,[9] and Evrüke et al.,[16] but contradicts the observations made by Turpin et al.,[3] among Ghanaian women with pregnancy induced hypertension. Hypertriglyceridemia in preeclampsia have been attributed to insulin resistance due to obesity, hyperestrogenemia and reduced lipoprotein lipase activity in pregnancy.[17,18] Hypertriglyceridemia also leads to increased serum levels of VLDL as observed in this study [Table 2] and in earlier studies.[19,20] VLDL transports TG in peripheral blood thus the resultant high levels of VLDL in hypertriglyceridemia.

Variations in the serum lipid concentrations have been attributed to hormonal changes that occur during pregnancy. Serum levels of LDL were significantly elevated in the preeclamptic women compared to normal pregnant controls [Table 2] in agreement with the works of Gratacós et al.,[9] and Wakatsuki et al.,[14] The concentration of HDL however did not differ significantly in the preeclamptics compared to the controls [Table 2]. This finding contradicts the high levels observed among PIH women in Kumasi, Ghana by Turpin et al.,[3] and the low level recorded by Islam et al.,[21] but agrees with the works of Wakatsuki et al.,[14] and Lima et al.,[22] who observed no changes in HDL-C levels among preeclamptic women compared with normal controls. The discrepancies recorded in the levels of HDL-C among our participants compared to earlier studies could be premised on the fact that whereas Turpin et al. studied women with PIH, Islam et al., included both preeclamptics and eclamptics in his case control study.

The cause of the increased levels of LDL recorded among our participants remains unclear as no correlation existed between maternal BMI and LDL-C [Table 2]. However, studies conducted by Salameh and Mastrogiannis,[23] have associated increased LDL-C levels to elevated estrogen and progesterone levels in preeclampsia.

Our findings from correlation studies [Table 3] confirmed suggestions that LDL, TC, and HDL may be involved in the endothelial damage associated with the pathogenesis of preeclampsia. Endothelial dysfunction, mostly associated with oxidation of LDL, leads to the formation of glomerular lesions and subsequently proteinuria, which is associated with preeclampsia as well as give an indication of its severity.

Table 3: Correlation of demographic, clinical, and biochemical parameters of participants

Obesity and abnormal lipid levels, especially TG contribute to the development of preeclampsia, which is characterized by proteinuria and high blood pressure, through endothelial dysfunction.[22] When we controlled for age and other confounders through multivariate logistic regression analysis the preeclamptic participants were obese (OR = 1.501; CI = 0.926–2.106; P = 0.01) and had hypertriglyceridemia (OR = 5.026; CI = 0.794–31.818; P = <0.01) [Table 4]. The risk posed by elevated TG levels in the development of preeclampsia as reported in this study confirms earlier evidence in cohort studies which indicated that the risk of preeclampsia was four times higher in women with elevated levels of TG, than in women with normal TG.[24] It also reaffirmed the argument that maternal obesity is independently associated with the development of placental endothelial dysfunction and ultimately preeclampsia.[12]

The variation in study design coupled with the small sample employed could explain the insignificant differences in the parity of the cases compared to the controls. Second, the single determination of lipids as employed in this study instead of serial measurements in the course of the pregnancy as employed in longitudinal studies may lead to misleading data.

Lipid abnormalities mostly elevated levels of TG, TC, LDL, and VLDL are present in preeclamptics. The high TG levels and BMI are associated with preeclampsia during pregnancy. Thus, it is incumbent on health caregivers to ensure that women of childbearing age adopt healthy lifestyles so as to control their weight and lipid levels, especially TGs to reduce their risk of developing preeclampsia.

The authors are grateful to the staff and management of the Central Regional Hospital and the University of Cape Coast Hospital for their immense contributions in making this work a success. 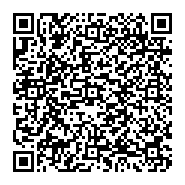