Background: Low cost technologies are needed in resource poor rural settings for detection of preâÂÂcancer and cancer lesions of the oral cavity. Aim: The study was undertaken to investigate the feasibility of a low cost technology (Magnivisualizer) for the early detection any lesions of the oral cavity among tobacco users in a resource poor rural field setting. Subjects and Methods: A total of 1329 tobacco users were motivated to come forward for oral examination in the camp organized for this purpose. Their oral cavities were screened with a torch and Magnivisualizer by a Dentist. Results: With torch light, 104/1329 (7.8%) lesions were identified, though only 62/104 (59.6%) positive lesions could be differentiated into various categories. However, through Magnivisualizer 156/1329 (11.7%) lesions were detected and 153/156 (98.1%) positive lesions were differentiated into different categories. Conclusion: Magnivisualizer offers an alternative instrument for detecting most of the early cancerous and highâÂÂgrade precancerous lesions and it can be used in the rural field settings.

A low cost illuminated magnifying device named as Magnivisualizer® was developed as a tool for visual inspection of precancerous and early cancerous lesions of the uterine cervix.[1] The detection rate for early cancerous lesions improved 60% by unaided visual inspection to 95% in the identical setting of a maternal child health care center.[1] Oral cancer is the most common cancer and constitutes a major health problem in developing countries, representing the leading cause of death.[2] Several community based studies have been carried out for screening for the detection of pre-cancer and cancer lesions of the oral cavity.[2,3] In India, a vast majority of oral cancers are preceded by precancerous lesions and conditions caused by the use of tobacco in some form. These can be more easily seen because of their peculiar oral location, making oral cancers particularly amenable to prevention.[4] By recognizing and establishing the diagnosis of oral cancer development in its early phase, the clinicians can help the patients greatly for a cure and normal, full life. On the other hand, a much poorer outcome results when presentation and diagnosis are established at a later, more advanced stage.[5] However, there has been no agreement as how to screen and where to refer patients with oral cancer for management.[6] Diagnostic delay may be caused by either patients (who may not report unusual oral features) or by health care workers (who may not investigate or observed lesions thoroughly) and it is presumed that such delays are longer because of asymptomatic lesions. In addition, the quality of life improves after early treatment, because cure can be achieved with less complex and less aggressive treatment than is necessary for advanced lesions.[7] Visual examination of the oral cavity is a simple approach to detect symptomatic oral cancers and even pre-cancerous lesions.[3] In general in the field, the only light source used is a tungsten bulb fitted with torch, which only gives yellow light spectrum. The present study was undertaken to study the feasibility of a low cost technology (Magnivisualizer) for the early detection any lesions of the oral cavity among tobacco users in a resource poor rural field setting.

Three different population settings were selected for this purpose:

• Drivers, Conductors and other staff of U.P. State roadways Transport Corporation (UPSRTC). A total of 723 persons were screened for tobacco habits and 553 were tobacco users and oral cavity examination was done in all the cases

• Patients (below poverty line category) coming to Sai center Polyclinic: Total 234 persons were screened for tobacco habits and 178 were tobacco users and oral cavity examination was done in all the cases,

• Population of five villages in Ghaziabad District. A total of 3434 persons were screened for tobacco habits and out of them 1027 were tobacco users and amongst them, 598 volunteered for oral cavity examination.

A drive for awareness about ill-effects of tobacco use was launched in all the three settings in advance to attract the people to come forward for oral examination. In UPSRTC Noida and Ghaziabad Depot screening and oral examination was done for maximum possible number of staff. Whereas in Sai Center polyclinic patients coming with any complaint related to their oral cavity were examined. In the village population, first tobacco users were identified by filling screening performa with the help of anganwadi workers (part of Indian public health care system who provides basic health care to villagers at their door) and social workers, followed by examination of the oral cavity in the tobacco users in a camp organized for this purpose. Informed consent was taken from all patients. The person who is taking tobacco in any form for more than one year was taken as tobacco user. The study was approved by the ethical committee of the institute.

External and internal examination of the oral cavity was done by the dentist recruited for this project. Bimanual palpation of the cervical lymphnodes and inspection and palpation of lips were carried out in these patients. Patient’s oral cavity was rinsed with 1% acetic acid solution for 20 s followed by water to remove the mucous and saliva. Vermilion borders, buccal mucosa, maxillary and mandibular region, gingival and alveolar ridges on both buccal and lingual aspects of the oral cavity, all surfaces of tongue, floor of the mouth, hard and soft palate of the oral cavity were examined with torch light and observations were recorded in a pre-designed proforma. Following this, same examination protocol was repeated using Magnivisualizer with ×5 magnification. If any lesion were identified, observations regarding location, size, morphology, color of the lesions was recorded and scrap was taken using a cyto-brush for cytology reporting. Various oral lesions were diagnosed as per definition of World Health Organization.[8] SPSS version 12.0 (Chicago Illinios, USA) was used for the analysis. Cytology of oral scrape smears was done in all cases. Three smears were found to be inadequate. Cytology showed hyperkeratinization of cells in 45/50 cases diagnosed as leukoplakia category by Magnivisualizer [Figure 1]. However, these cases were negative for any intra-epithelial lesions or malignancy on cytology. Biopsy confirmed epidermal hyperplasia accompanied by hyperkeratosis in 14 cases. No dysplastic lesions were detected. Magnivisualizer could detect oral sub mucous fibrosis in 88 cases were cytology showed hyperkeratinized cells in 65 cases, candidiasis in 8 cases, which were confirmed by cytology. One case was detected as suspicious for cancer by Magnivisualizer, cytologically and histologically confirmed as squamous cell carcinoma of tongue. Magnivisualizer gives a complete white light spectrum (equivalent to day light 5500-6000 A°)[1] and provides magnification with interchangeable lenses, from 1 to 5 dioptre. This instrument not only improved the detection rate of lesionsm of oral cavity when compared with torch, but can differentiate various lesions (98.1%) as compared to torch (59.6%). A torch light due to its tungsten bulb, gives yellow light with spectrum range of 4000-4500 A° only, whereas, Magnivisualizer has a spectrum of white light in between 5500 and 6000 A° and a magnification of ×5. Owing to good illumination combined with magnification (×5), it is possible to differentiate lesions of various categories homogenous leukoplakia, nodular leukoplakia, erythroplakia by observing the texture, margins and color. Further, it is the accessibility of the light of this instrument which can go to deep inside the mucosal folds to provide a clear view with magnification for the differentiation of various categories of lesions. In addition, it is an inexpensive means (Rs. 9000, US $ 180) to detect high grade precancerous lesions having a potential for progression and most of the early cancerous lesions of the oral cavity.

Thus, screening by aided visual inspection with Magnivisualizer offers an alternative means for detecting early cancerous and high-grade precancerous lesions having a high potential for progression. Furthermore, this technique is comparatively inexpensive and can be undertaken in the Primary Health Care Center even in the remote village field settings where electricity is not available.

This study was funded by Department of Science and Technology, India.

This Study was funded by Department of Science and Technology, India. 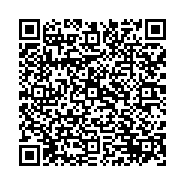