Low Prevalence of Pregnancy-Mask among Igbo Women in Enugu, Nigeria

Background: Despite an expected high prevalence of pregnancy-mask in the Negroid tropical environments, only a few women present to the physicians with this condition in Enugu. It is unclear whether this is due to low prevalence or poor awareness of the condition.

Objectives: To determine the prevalence, awareness and treatment of pregnancy-mask among Igbo women in Enugu, Nigeria.

Method: The study was a cross-sectional survey of pregnant women in Enugu; South-East Nigeria. The study sample consisted of the first 500 consecutive eligible pregnant women seen at the antenatal clinic of a tertiary health care facility. Socio-demographic data was obtained and the women were examined for site, size and treatments for pregnancy mask.

Results: The prevalence of pregnancy-mask was 8.6%. Increasing gestational age was significantly associated with increased prevalence rate (P=0.037). Only 11.6% of those who had pregnancy-mask knew that it was related to pregnancy. Among those who had the lesion in the index pregnancy, 46.5% had applied some treatments to the lesion. The commonly used treatments were anti-fungal ointments (45%), bleaching creams (35%), herbal preparations (15%) and sunscreen (5%).

Conclusions: It is concluded that pregnancy-mask has low prevalence and poor awareness among the Igbo women in Enugu and is commonly misdiagnosed. Antifungal and bleaching creams are the common treatment while sunscreen is poorly used. Teaching of this condition in pre-service schools is recommended in order to improve its knowledge among health workers thereby improving its awareness and management in the community.

The joy of desired pregnancies is often dampened by the many unexpected body changes that accompany pregnancies.[1-3] One of such pregnancy-induced changes that has caused much esthetic embarrassment to women and intrigued physicians over the years is pregnancymask or chloasma.[4,5] It embarrasses Women because it characteristically occurs on the face[6,7] and so is difficult to hide or cover. It appears as sharply bordered hyper-pigmented areas, mostly on the forehead, cheeks, nose, upper lips and chin, to form a mask-like lesion.[7,8,9] It has intrigued physicians because the exact mechanism by which pregnancy causes the condition is not well known.[10,11] Histological examination of the lesion reveals increased melanocyte activity.[11] However, increased melanocyte activity is expected in all parts of the skin, not only on the face, during pregnancy as a result of the increased circulating level of melanocyte stimulating hormone (MSH) that accompanies pregnancies[12]. Its predilection for the face and its characteristic pattern remain unexplained. Malesma, a skin lesion clinically and histologically similar to pregnancy-mask, has been reported amongst users of hormonal contraceptive[13] and amongst men with prostate and thyroid diseases, but such lesion typically occurs on the other parts of the body, unlike the pregnancy-mask that occurs mostly on the face. Other etiological factors include, photosensitizing medications, mild ovarian and thyroid dysfunctions and certain cosmetics.[5,6] The one single most important risk factor in the development of pregnancy-mask is exposure to sunlight.[14] Avoiding exposure to sunlight is therefore the best way to prevent the condition as well as its most effective management if it has already developed.[5-7,14]

The prevalence of pregnancy-mask is reported to vary from place to place and among various racial groups in the same place,[15,16] suggesting both environmental influences and genetic predisposition. A prevalence of 5% was reported from a Caucasian population in France.[17] Muzaffar et al., 2006 [18] and Benchikhi et al.,1998 [19] reported prevalence rates of 46.4 and 36.4% respectively from Pakistan and Morocco, and Moin et al.,1983 reported a prevalence of 15.8% from Iran. [20] It is reported to be commoner among deeply pigmented racial groups [21] and in the tropics. [8] Following delivery, most studies reported slow fading of the lesion, although it rarely disappears completely [22-24], and is often permanent in many women once it occurs [5,8,25,26]. Despite the availability of many treatment modalities for this condition,[10,16,27,28] it is reported to have no known cure for now.[6,7] The use of sunshield is effective for primary and secondary prevention of pregnancy-mask.[2] Because pregnancy-mask is characteristic in its presentation, the diagnosis is usually easy on inspection only; the use of diagnosis aids, such as the Wood’s lamp and biopsy are rarely needed.[7]

Enugu in Eastern Nigeria is a tropical environment inhabited predominantly by the Negroid Igbo people of Nigeria. Although the prevalence of pregnancy-mask is expected to be high in such an environment, only a few women present to the physicians with the lesion or with malesma.[29] This could be due to low prevalence of the condition or availability of alternative non-hospital based treatment for the condition or its poor awareness amongst the populace. The objectives of the study were to determine the prevalence, awareness and treatment of pregnancy-mask among the Nigerian Igbo women.

The study was a cross-sectional survey of pregnant women in Enugu, South-East Nigeria. Enugu is a tropical environment with an average sunshine of 9-11 hours daily throughout the year. It is inhabited predominantly by the Negroid people of Igbo ethnic group, one of the three major ethnic groups in Nigeria. The study sample consisted of the first 500 consecutive eligible pregnant women seen by the author at the antenatal clinic of the Park lane Specialist Hospital Enugu over a 4-month period in 2003. Since the population of pregnant Igbo women residing in Enugu was not known with certainty, the formula for calculating the sample size for infinite population [30] was used to calculate the minimum sample size for the study thus:

Z = Standard score corresponding to a given confidence interval (95% in his case which corresponds to Z = 1.96)

p = An estimate of proportion of cases in the population (this is unknown, so 50% or 0.5 is used in this case)

The calculated minimum sample size was 384 using the formula. Those excluded from the study were women who were not of Igbo ethnic group, those with the history of ovarian or thyroid diseases, those who had previously used hormonal contraceptive methods and those who declined consent. Information for this study was obtained by clinical examination of the pregnant women and with the aid of semi-structured, pretested, researcher-administered questionnaire.

Pre-test of the questionnaire was done in the same hospital two months prior to the study. Findings from the pilot study were used to modify the final questionnaire for the study but the data from the pilot study were not included in the analysis. The purpose of the study was explained to prospective respondents and verbal consent was obtained. A brief history was taken to determine eligibility. Relevant sociodemographic data (age, education, occupation, parity, gestational age and weight) were collected. A full clinical examination of the antenatal client was conducted, and in the process, the presence and locations of pregnancy-mask were noted. For those who had pregnancy mask, the following information was also obtained: whether they were aware of the presence of the pregnancy mask, the earliest gestational age in the index pregnancy at which the condition was first noticed, what they thought was the cause of the condition and specifically whether they thought that the condition was caused by pregnancy, whether they had received treatment for the condition and if yes, what treatment they had received. In women who had been pregnant previously, information was further obtained on the presence of pregnancymask in previous pregnancies, and if present, whether it disappeared after delivery and how long after delivery it disappeared. Information from women who had pregnancy-mask in previous pregnancies was used to assess its prognosis. The computer statistical software, SPSS version 15, was used for descriptive analysis and analysis of association. Degree of significance was at p≤0.05% (95% confidence interval). The results were presented as simple proportions and tables. The study was approved by the institution’s research ethics committee.

The age of the women ranged from 17 years to 43 years with a mean of 28±2.5 years. The overall prevalence of pregnancy-mask was 8.6%. The commonest location of the lesion is the chin while other locations included the left cheek, right cheek, upper lip and forehead. Table 1 shows the locations of the pregnancy-mask.

NB: Some women had lesion in multiple locations

Table 1: Location of Pregnancy-Mask among Igbo Women in Enugu Nigeria (Number of Women = 43)

There was a significant association between pregnancy-mask and increasing gestational age (P=0.037) but not with maternal age (P=0.508), parity (P=0.858), occupation (P=0.507) and education (P=0.689). Thirty-six (83.7%) of the women who had pregnancy mask in the index pregnancy were aware that they had abnormal lesions but only 5 (11.6%) knew that the lesion was induced by pregnancy. Significantly more multipara than primigravidae knew that pregnancy-mask was caused by pregnancy (P=0.038). Among those who had pregnancymask in the index pregnancy, 20 (46.5%) had applied some treatment on the lesion. The commonly applied treatments were anti-fungal ointments 9 (45%) and bleaching creams 7 (35%). Table 2 shows the treatment pattern for pregnancy-mask.

A higher prevalence rate than 8.6% was expected, as the condition is reported to be commoner in deeply pigmented and black races as well as in the tropics.[7,8] The Negroid Igbo population and the hot sunny climate of Enugu satisfy the conditions for high prevalence of pregnancy-mask. Nnoruka, 2005,[29] reported the prevalence of melasma to be only 0.5% among the general dermatology clinic attendants in the same environment. This would suggest that this lesion has a low prevalence during pregnancy and outside pregnancy or that some effective nonhospital-based treatment exists for the condition in this environment. An appropriate community-based study is needed to fill this knowledge gap. Also contrary to expectation, the condition was not significantly commoner among the farmers whose occupation would expose to sun light more than others. Exposure to sunlight is known to be the most important risk factor for pregnancy-mask.[5-7,14] Of the other maternal conditions studied, only increasing gestational age was found to be significantly associated with increased prevalence. This could partly be explained by the fact that pregnancy-mask appears for the first time in the primigravida from the gestational age of 20 weeks and would be completely absent in this sub-population of women before the gestational age of 20 weeks.

The study revealed poor awareness of pregnancy-mask in this environment as most women (and possibly their primary health care providers) thought that the condition was a variant of tinea versicolor, a common fungal condition, and so treated it with antifungal drugs. The more worrisome consequence of the misdiagnosis was the use of steroid-containing bleaching creams for the condition. Use of steroid is associated with serious side effects [31], and if commenced in early pregnancy, could have serious teratogenic consequences for the fetuses as well. The use of sun shield and avoidance of sunlight constitute the sole management of chloasma during pregnancy.[14] Use of other therapeutic agents is permissible only after delivery.[15] Poor knowledge about pregnancy-mask amongst healthcare providers and pregnant women in this environment is directly responsible for the misdiagnosis and inappropriate management of the condition. An increased awareness and knowledge about this condition amongst health workers could improve its correct diagnosis and management. Teaching this condition in the pre-service schools could be an effective strategy to improve its awareness as well as its management in this environment.

The observed low disappearance rate of pregnancymask following delivery is expected.[21-23] The condition is known to disappear gradually over a long time or even remain permanent once it has developed. The appropriate package of care for this condition should include counselling with emphasis on its etiological association with pregnancy, its course and the superior benefit of sun-shields over pharmaceutical preparations for the management of this condition during pregnancy.[7-9,14]

It is concluded that pregnancy-mask has low prevalence and poor awareness among the Igbo women in Enugu and is commonly misdiagnosed. Antifungal and bleaching creams are the common treatment while sunscreen is poorly used. Teaching of this condition in pre-service schools is recommended in order to improve its knowledge among health workers thereby improving its management in the community. 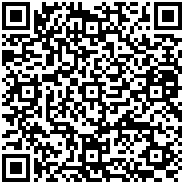