Background: The North Eastern region of Nigeria has one of the highest maternal mortality ratios (MMRs) in the world, and most of these deaths are preventable. Culture, religion and customs that prevent access to care contribute immensely to these deaths. Aim: To review and document the MMR. Materials and Methods: This was a retrospective study of all maternal deaths recorded at the Federal Medical Centre Yola (FMCY). The case notes of all cases of maternal deaths from January 2007 to December 2011 were retrieved and relevant data obtained and analyzed. The age, parity, literacy level, booking status, causes of maternal deaths, were analysed. Data were presented in tables and percentages, using SPSS version 16(Chicago, USA 2006). Results: There were 54 maternal deaths among the 8497 deliveries, giving an overall MMR of 636 per 100,000 deliveries. Thirty three folders (33) folders were retrieved and 28 had complete information for analysis. The mean (SD) age and parity were 28.2 (6.2) and 3.4 (2.0), respectively. Most deaths (9/28; 32.1%) were in the age group of 20- 24 years. Multiparae (14/28; 50%) constituted the largest parity group. Majority (16/28; 57.1) were non-literates, 16/28 (57.1%) were of Hausa/Fulani extraction and 12/28 (42.9%) were unbooked. The leading causes of maternal mortality were preeclampsia/eclampsia (9/28; 32.1%), obstetric hemorrhage (8/28; 28.6%) and severe anemia (3/28; 10.7%). All those who died of preeclampsia/eclampsia were Hausa/Fulani. Most (14/28; 50%) deaths occurred within 24 h of admission. Majority of the deaths were Muslims (χ2 = 15.108, P = <0.001). Ethnicity had no significant influence on maternal death (χ2 = 15.550, P = 0.21). Conclusion: In conclusion, the MMR in FMCY is higher than the national average. The fact that most deaths occurred within 24 h of admission suggests that many of the patients delayed reaching the referring center for a variety of reasons. Preventive measures should focus on this delay, which is usually beyond the reach of the hospital. Measures to reduce preventable hospital deaths should also be put in place.

All maternal deaths that were recorded in the FMCY from January 2007 to December 2011 were reviewed. Information was obtained from the central records library, labor ward, gynecology ward and operation theater. The study population were patients who delivered at the FMCY and those who had miscarriages/ ectopic pregnancies or those transferred from outside the hospital. Excluded from the analysis were patients whose folders could not be traced and those with incomplete information. Thirty-three of the 54 folders were retrieved, giving a retrieval rate of 61%. Five of the 33 folders had incomplete information and, therefore, were excluded. Twenty-eight cases were therefore fully analyzed for the study. Information retrieved from the cases were age, place of residence, parity, educational status, ethnicity, religion, booking status, causes of death, duration of hospital stay before death and duration of symptoms before presentation. When there is more than one cause of death, priority was given to the primary obstetric cause as judged by the available information on patients’ case notes as reviewed by the authors. Findings were recorded on a pre-formed format sheet designed for the study and data were coded and transferred into an IBM-compatible PC and analyzed using SPSS statistical package version 16 (Chicago IL, USA). Frequency and descriptive statistics were computed. MMR was calculated by dividing maternal death by the total number of deliveries recorded within the same period multiplied by 100,000. The results are presented by simple statistical tables. P value < 0.05 was considered significant. Ethical approval was obtained from the management of the Federal Medical centre Yola before the commencement of the study.

Between January 2007 and December 2011, there were 54 maternal deaths among the 8497 deliveries, giving an overall MMR of 636 per 100,000 deliveries. Thirty three folders (33) folders were retrieved and 28 had complete information for analysis.

Medical causes of maternal mortality are detailed in Table 2. Direct and indirect causes were seen in 82% and 18%, respectively. The leading causes of maternal mortality were preeclampsia/ eclampsia (9/28; 32.1%), obstetric hemorrhage (8/28; 28.6%) and severe anemia (3/28; 10.7%). All those who died of preeclampsia/ eclampsia were of Hausa/Fulani ethnic group.

Table 4: Duration of hospital stay and symptoms before maternal death

The high MMR in this study is in keeping with similar reviews in the North Eastern region of Nigeria.[8,9] This high MMR is a reflection of the low status of women and the poor economic indices of the region, coupled with long-standing cultural impediments to reproductive health.[7]

Previous studies revealed that maternal mortality is high at extremes of reproductive life.[10,11] In contrast, our study has shown a low MMR in those less than 20 years. The lowest age in our study was 19 years, and she was the only patient in the age group of 15-19 years. This is probably because most of the women reside in urban areas, where early marriage is no longer in vogue. A previous unrelated study from the same center revealed that among antenatal clinic attendees, only 3.1% were teenagers.[12] Most of the deaths occurred in women in the age of 20-24 years, which may be a reflection of the large number of women in this age group.

The Fulani ethnic group contributed the highest number. Although the Fulani group is the major ethnic group in Yola, some cultural factors like “pulaku” (stoicism) may prevent a girl from telling anyone about her pregnancy or asking any question about childbirth. They are expected to be shy or modest, and exhibit stoicism during labor and delivery. Serious complications could therefore be concealed by this misplaced stoicism, leading to maternal mortality.[13]

It is universally accepted that non-attendance of antenatal care (ANC) is associated with high maternal mortality.[8] Twenty-five percent each of our cases booked at the FMCY and elsewhere, leaving 42.9% as unbooked, with 7.1% whose booking status was not stated. This finding might suggest that booking alone may not prevent maternal mortality and that the emphasis should be more on the quality of care given. The number of women who had not received ANC in our study was 42.9%. This is lower than 78.9% reported from Maiduguri. Paradoxically, the MMR in that study was lower (430/100,000)[11] when compared with our findings of 636/100,000. This may suggest the effects of confounders. It is an established fact that maternal mortality is highest among the uneducated.[11] This has been collaborated by our study, where 57.1% were non-literate.

The leading cause of death in our study was preeclampsia/ eclampsia, 32.1%. This is similar to previous reports from Maiduguri,[8,9,11] and may be a reflection of the poor utilization of ANC services as all those who died of preeclampsia/eclapmsia had not had ANC. In addition, all were Hausa/Fulani and Muslims.

Obstetric hemorrhage is the leading cause of maternal mortality worldwide, and even in Nigeria.[4] In this study, it was the second leading cause of maternal mortality, with Post Partum Haemorrhage (PPH) contributing 75% of the cases. This is in agreement with previous reports that showed PPH as being a more common cause of death than Antepartum Haemorrhage (APH).[11,14,15] Both deaths from APH were a result of abruptio placentae. Five (62.5%) of the eight that died of obstetric hemorrhage were booked at the FMCY. The poor blood banking services in the center might have contributed significantly to these deaths. Upgrading the blood banking facility and rapid response to emergencies may help reduce deaths from obstetric hemorrhage.

Severe anemia is no longer common,[16] but was the third leading cause of death in our study. Those who register for ANC early and comply with hematinics are unlikely to die from complications of anemia in pregnancy. Measures to address anemia in pregnancy were documented in a previous study.[16]

In this study, 82% were direct while 18% were indirect medical causes of maternal mortality. HIV, anesthetic deaths and Diabetic ketoacidosis (DKA) were the indirect causes of maternal mortality. HIV contributed 7.1% which is comparable to 5.2% in a previous study.[11] HIV is becoming an important indirect cause of maternal mortality in Nigeria.[11] The need for trained anesthestists and retraining of those on the ground is a sure way of avoidable anesthetic accident recorded in this study. The patients who died of anesthetic complications were booked with FMCY, one came for elective caesarean section and the other was diagnosed with placenta praevia when she came for ANC. Both had general anesthesia. These deaths might have been averted if regional anesthesia was used.

Our study has some limitations. (1) Only a fraction of women delivered at the FMCY; therefore, the MMR of FMCY is not a true reflection of maternal deaths in Adamawa state. (2) The poor retrieval rate of 61% in a relatively new institution is a source of concern as unknown bias in estimates of the ratio may be considerable. (3) Among the folders retrieved, five had incomplete information for analysis. (4) MMRs generally are underestimated in developing countries, as many deliveries take place outside health facilities, and our study is no exception.

The strength of our study lies in the fact that we now have a MMR for FMCY that we can compare with other institutions. This comparison will gauge how well or otherwise our maternity services are compared with similar institutions. Future audits of maternal deaths will use our findings as a benchmark to determine the progress of policies in reduction of maternal deaths in the FMCY and the host community. The common causes of maternal deaths identified with some contributing factors, although indirectly, will direct effort at maternal mortality reduction toward the leading causes in this hospital and environs.

In conclusion, MMR in FMCY is above the national average of 545/100,000.[7] The high number of deaths among the booked and booked elsewhere is worrisome. Quality assurance will help identify substandard care with subsequent improvement in the poor maternal mortality indices. 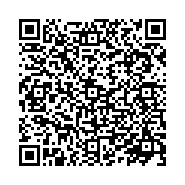