Mycobacterium Tuberculosis Pyomyositis in an Infant

Mycobacterium tuberculosis is endemic to many parts of the world. It may have variable clinical presentations, especially in the pediatric age group. Presented here is the case of a 9âÂÂmonth old infant who was referred for infectious disease opinion when his thigh induration failed to improve after surgical drainage and a course of oral antibiotic therapy. Mycobacterial PCR on the operative sample fluid was found to be positive; and mycobacterial culture grew M. tuberculosis. He received 9 months of treatment with antiâÂÂTB medications, with excellent results and complete recovery. This is the first report of TB pyomyositis in an infant; and highlights the need to have a high index of suspicion for unusual organisms when conventional therapy fails to demonstrate expected results.

Making a diagnosis of mycobacterial infection is fraught with challenges, especially in young children. Non-sterile specimens, such as sputum or pus, must be chemically decontaminated in order to eliminate bacteria and fungi that would overwhelm the culture. However, the process of decontamination may inhibit mycobacterial growth and hence pose a diagnostic dilemma in many clinical settings. Mycobacterium tuberculosis is an emerging pathogen in our geographic region,[1] hence it needs to be considered in the setting of unusual clinical presentations, as illustrated by the following case report.

A previously healthy 9 month old boy, who was up to date on immunizations, was found to have an area of swelling and firmness on his right thigh noted by mom while bathing him. The induration increased over the following week, but there was no associated fever, pain, or history of trauma. Parents recalled routine immunizations given in both thighs three months ago. Children in Dubai receive Bacille Calmette-Guérin (BCG) vaccine in the deltoid at birth; followed by diphtheria/tetanus/acellular pertussis (DTaP), inactivated polio (IPV), hemophilus influenza B (HiB) and hepatitis B (HepB) vaccines given at 2-months, 4-months and 6-months in the thighs. His initial blood work revealed a CRP of 30 mg/L (normal: <6 mg/L); ESR 29 mm/hr (normal: <10 mm/hr) and normal complete blood count, AST, ALT and alkaline phosphatase.

An ultrasound of the right thigh showed a 6 cm × 4 cm deep abscess in its anterolateral aspect. The abscess was drained under general anesthesia and 15 ml of purulent material was evacuated; he was discharged home on oral cefuroxime pending culture results. Gram stain of abscess fluid showed gram positive cocci and gram negative rods; bacterial cultures remained negative. He completed 10 days of oral cefuroxime post-drainage without any improvement in thigh induration or swelling; hence he was referred for pediatric infectious diseases consultation.

On examination in the pediatric infectious disease clinic, he was a very well-appearing infant with normal vital signs, weight at 50% ile and length at 90% ile for age. The anterolateral right thigh was indurated and swollen, without any overlying erythema or tenderness, and a 3 cm incisional scar was noted to be healing well. He did not bear weight on his legs when placed in standing position, and did not crawl. There was no systemic lymphadenopathy, and the remainder of his physical examination was normal. An MRI scan with contrast obtained after abscess drainage and completion of oral antibiotic therapy showed extensive inflammatory granulation tissue involving the right lateral thigh compartment, without any evidence of underlying femoral osteomyelitis. The involved muscles, especially vastus intermedius and vastus lateralis were noted to have undergone significant fatty replacement [Figures 1 and 2]. Mycobacterial PCR on the abscess fluid was reported as positive; this PCR detects Mycobacterium tuberculosis (M. TB), Mycobacterium avium (M. avium), Mycobacterium bovis (M. bovis), and Mycobacterium microti (M. microti). Due to his unusual clinical presentation, and hence concerns about a false-positive test, the TB PCR was repeated on the sample fluid and was again highly positive. In addition, Ziehl-Neelsen and auramine-rhodamine staining of the pus sample demonstrated a large number of acid fast bacilli (AFB). After 6 weeks, the mycobacterial culture grew a pan-sensitive isolate of M. TB.

This was a previously healthy child who was born in Dubai, United Arab Emirates. He had received the BCG vaccine on his deltoid at birth, a routine practice in this region. He had travelled within the Middle East; there were no family pets; and no unpasteurized milk consumption was reported. He had no known exposures to tuberculosis or human immunodeficiency virus (HIV); and he had demonstrated no systemic symptoms i.e., fever, night sweats or weight loss prior to his presentation to the pediatrician for this complaint. Tuberculin skin test (TST) was not done; and a TB interferon gamma release assay (IGRA) was negative. A chest X-ray was normal. TSTs placed on all household contacts were negative.

He was empirically started on 4-drug anti-TB therapy with isoniazid, rifampin, ethambutol, pyrazinamide and pyridoxine pending AFB culture results, and followed clinically. He tolerated the medications very well; within one month of initiating therapy he started to bear weight on his legs, the thigh induration improved, and his ESR and CRP normalized. Once culture/sensitivity data were available, and after 2 months of receiving 4-drug therapy, he was continued on isoniazid and rifampin for the remainder of his treatment. A repeat MRI obtained after 6 months of starting anti-TB therapy showed significant resolution of the prior inflammatory changes; however, a residual 8 mm cystic area with an enhancing wall was noted between the vastus medialis and vastus lateralis muscles. Hence the anti-TB therapy was continued for an additional three months. An MRI obtained at the conclusion of 9 months of treatment showed no active inflammation, and treatment was stopped. On follow-up, one year after completing his treatment, he remains a very active two-year old with normal gait and physical activity; without evidence of disease recurrence.

This case highlights the need to consider mycobacterial disease in immunocompetent children with unusual clinical presentations who reside in areas endemic for tuberculosis. Pathogenesis for mycobacterial pyomyositis can include contiguous spread, hematogenous spread and direct inoculation. For this patient, traumatic inoculation during routine vaccinations seems to have been the most probable cause of infection: Either from contaminated vaccine vials, or the process of vaccine injection. Unfortunately, it was not possible to investigate the source of contaminated inoculation in order to prevent further such occurrences, since the child had received these vaccinations in a government clinic several months prior to his presentation to our clinic, and access to prior vaccination data is limited. It is important to note that IGRAs lack sensitivity, especially in children, hence a negative test should not rule out a diagnosis of M.TB infection when the index of suspicion is high.[2-4]

Tuberculous pyomyositis in adults and children has been infrequently described in the literature. In adults, tuberculous pyomyositis has been reported as a rare presentation of miliary tuberculosis;[5] in the setting of chronic renal failure;[6] renal transplant,[7] and as a manifestation of immune reconstitution syndrome in patients with AIDS.[8,9] In children, reports of M. TB pyomyositis are limited to two case reports, both in immunocompetent adolescents: A fifteen-year-old boy with tuberculosis pyomyositis of the soleus muscle and ipsilateral inguinal lymphadenitis;[10] and isolated TB pyomyositis of the quadratus lumborum muscle in a fifteen-year-old Bangladeshi boy.[11] The likely mechanism of tuberculous pyomyositis in these case reports seems to have been hematogenous seeding from a distant focus of infection. In our patient, however, there was no obvious distant clinical focus, the chest x-ray was normal, and the site of pyomyositis corresponded to the location of routine six month vaccinations administered to his right thigh three months prior to presentation; hence direct inoculation seems to be the most likely mechanism of infection in our patient.

A discussion of injection-site mycobacterial infections would be incomplete without mentioning rapidly-growing mycobacteria (RGM). This group typically grows within subculture in 1-2 weeks and includes M. fortuitum, M. chelonae and M. abscessus. These mycobacteria are ubiquitous to the environment and present commonly as cutaneous and subcutaneous infections, either following nosocomial procedures or accidental penetrating trauma.[12]

Reports of injection-related RGM abscesses have included a 14-month old girl with subcutaneous abscesses and purulent lymphadenitis caused by M. chelonae following penicillin injections;[13] thigh abscess with M. abscessus secondary to repeatedly using the same needle for injecting anabolic steroids;[14] and an outbreak of subcutaneous hip and deltoid injection site abscesses caused by M. chelonae in 13 student nurses who injected each other during practice sessions with sodium chloride from a bottle that was not changed over several months.[15]

As a group, RGM are inherently resistant to isoniazid, ethambutol and rifampin, but demonstrate susceptibility to quinolones,[16] linezolid,[17] macrolides,[18] imipenem, cefoxitin and cefmetazole.[19] Due to their unique antimicrobial sensitivity patterns, traditional anti-tuberculous therapy is ineffective in treating RGM infections. Hence clinicians need to have a high index of suspicion for RGM when a mycobacterial infection shows lack of response to anti-TB therapy. 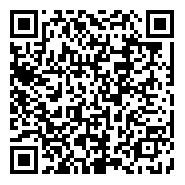