Cerebrovascular accident is the leading cause of disability worldwide. Ischemic stroke is caused by a sudden decrease in blood flow to the areas of the brain that leads to severe impairment if left untreated. Various imaging techniques are used to know the areas of affection in the brain that help in the diagnosis of the type of stroke and the extent of impairment. In this case, we reported a 45 years old factory owner with a history of hypertension who came with complaints of sudden onset of weakness on the left side of the body for 11 days. Investigations revealed a large block in the right Middle Cerebral Artery (MCA). Due to the infarct, the patient had left hemiplegia with more involvement of the left upper extremity. Physiotherapy was started on the 10th day of the episode on hospital admission. Tailor-made protocol focused on bimanual activities along with consideration of the less affected side was provided to the patient helped in early recovery and made him go back to his occupation. There are many studies on hand rehabilitation, but this is one in its kind that will add to the available literature on early rehabilitation of hand function post hemiplegia.

Stroke is defined by WHO as rapidly developing clinical evidence of focal (or global) cerebral dysfunction, with symptoms lasting 24 hours or more or leading to death, with no evident cause other than the vascular origin". Stroke leads to hemiplegia or paresis on the contralateral side of the body. There is enough evidence that suggests there is considerable weakness on the ipsilateral side of involvement. This is because only 75-90% of fibers cross to the opposite side in the medulla [1].

The remaining is the cause of ipsilateral weakness on the less affected side in hemiplegia [2]. In the present case, there is an infarct in the right middle cerebral artery which suggests clinical findings in the opposite i.e., the left hemiplegia. One of the major complications faced by an individual with stroke due to the middle cerebral artery is a reduction in mobility due to damage to the premotor cortex as the premotor cortex (Broadman 6) plays a function in the organization of motor actions and contributes to proximal upper and lower limb power. Studies suggest training the less affected side along with the hemi paretic side help in the early gain of functional ability [3]. Bilateral arm training paired with simultaneous auditory stimuli improves the concerned extremity's motor and functional performance.

A 45 years old factory worker was apparently alright 3 months back, while he was attending a marriage ceremony at his place, he had sudden onset of weakness on the left side of the body along with difficulty in breathing. The symptoms settled with medical management in the available local hospital.

Since then, he was diagnosed case of hypertension and is under regular medication. Later on, he had a similar episode after 3 months on a fine evening; he fainted out and was carried by caregivers to the local hospital. This time there was weakness on the left side of the body, with more involvement of the upper limb. After 10 days of preliminary management, he was referred to our hospital on 7th March 2022 for further management. Investigations revealed a large block in the right middle cerebral artery. Due to the infarct, the patient had left hemiplegia with more involvement of the left upper limb. As the patient was vitally unstable (Hypertension), he was in neuro ICU for 7 days. Physiotherapy was started on the 10th day of the episode on hospital admission.

The patient was conscious, and well oriented to time, place, and person assessed by MMSE on the day of assessment. His speech was affected. On observation, the patient was supine lying, with the left upper limb held in extension, along with external rotation and lower limb also in extension, external rotation and pronation with the knee in semi flexion and the ankle in plantar flexion. He had developed muscle tone in the left upper and lower limbs. According to modified ashworth scale, the grade was 1+ on the left upper limb and 1 on the lower limb. Sensory examination superficial sensations were intact with impaired along with the deep and cortical sensation. Reflex examination revealed exaggerated reflexes on the left side of the body (Table 1).

Regular blood investigations along with CT scans and MRIs were done. The scans revealed a right middle cerebral artery infarct.

As the patient became hemodynamic ally stable, vigorous neuron-physiotherapy was started. A tailor-made combination of approaches was planned and provided after the initial assessment. The involvement of the patient in the therapy session was also monitored as it helps in early recovery. Special emphasis was given to hand rehabilitation and strength training for the less affected side. Multiplan movement along with task-oriented training was performed. The focus was given to the brunnstrom stage of recovery during the intervention and the patient was kept motivated with thorough counseling. Strengthening of the less affected side was also focused on as it is also of great importance to regain functional ability in stroke patients. Hand rehabilitation along with pretension training was given to the patient. Treatment was provided for 1 hour per day, 5 days per week for 1 month. The details of physiotherapy rehabilitation are provided in Table 2 and Figure 1. Figure 1: A) Depicts hand rehabilitation with peg board, B) Strengthening of the lower limb with a 1 kg weight cuff on the less affected side, C) Gel ball exercise for spherical grasping. Strength training is a relatively new concept. Through incidence of stroke is increasing day by day, similar is the improvement in management strategies. Early detection and early rehabilitation lead to better recovery [8]. In this case report, the tailor-made approach for the patient was used that finds relevance with the previously published studies. Strength training was found to be beneficial in a metaanalysis; they suggested that in hemiplegia, strength training plays a crucial role to prevent deconditioning of the less affected side [9]. Most patients post-stroke work for the hemiplegic side. This novel approach also focuses on the non-paretic side [10]. There was a reduction in the spasticity along with improvement in the Brunnstrom stage of recovery with the tone reduction strategies used while managing the patient [11]. The Berg balance score also improved which is a reliable tool to measure static and dynamic patients with stroke.

This case report implicates the benefits of strength training on the less affected side and how that improves the functional abilities of such patients. There is very little literature that suggests the same thought. This case report will be an add on to the available literature on strength training in stroke as after 28 days of rehabilitation, the patient was able to walk without assistance and able to perform bimanual tasks with minimum support.

Oral as well as written consent obtained from the patient.

Oral as well as written consent obtained from the patient. 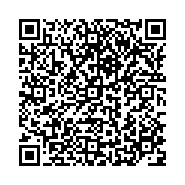