Obesity in Pregnancy in Southeast Nigeria

Background: Obesity in pregnancy has continued to attract global attention due to its contribution to maternal morbidity and mortality. However, this attention appears to be concentrated on developed countries with little or no attention to developing countries, resulting in very little statistics from developing countries on the subject matter.

Objectives: To determine the prevalence and characteristics of obesity during pregnancy, in South-e east Nigeria.

Method: Women who registered for antenatal care in their first trimester of pregnancy were interviewed and requisite data collected. Fischer exact test, t-test and bivariate correlation analysis were carried out as appropriate at the 95% confidence level. P-values less than 0.05 were considered significant.

Conclusion: Obesity in pregnancy exists in appreciable proportion in south-eastern Nigeria and majority of women in this setting do not know their pre-pregnancy weights. There is need to begin to consider obesity in pregnancy as a problem that does exist in resource-poor settings and specific guidelines on the management of obese pregnant women in resource-poor settings would be needed. Nigerian women need to be encouraged to check their weights periodically especially before planning pregnancy.

Obesity is globally a public health issue. In recent times, the prevalence of obesity has been adjudged by the world health increasing problem, especially in high income countries. The clinical importance of obesity in pregnancy lies mainly in its associated complications. The associated adverse effects of obesity in pregnancy include, higher incidences of miscarriages, congenital anomalies, thromboembolism, pregnancy induced hypertension, macrosomia, operative deliveries as well as higher incidences of wound disruption and infection following cesarean delivery.[1-5] These effects confer a high risk status to pregnant obese women.

Antenatal care is mainly preventive and anticipatory health care. Obesity is a risk factor that can be modified to improve outcome.

This study is a prospective cohort study designed to capture both urban and rural pregnant populations in a resource poor setting in Nigeria, Africa.

The study population included women attending antenatal clinic at 3 maternity care facilities in Enugu state, southern Nigeria between April 2009 and January 2010. The total population of this state is 3.257 million according to the 2006 national population census. The health facilities were University of Nigeria teaching hospital, Ituku Ozalla Enugu, Mother of Christ specialist hospital, Enugu and Odugu memorial hospital, Mpamute in Igboeze North local government area, Enugu state. University of Nigeria teaching hospital serves a mix of urban and rural populations and also serves as a referral centre for the southern Nigerian states of Enugu, Imo, Anambara, Abia, Ebonyi and Benue; mother of Christ hospital serves mainly urban population, Odugu memorial hospital serves predominantly rural populations. Together, the three study centers serve a combined catchment population of 20.3 million people according to the 2006 Nigerian national population census. The study population comprises consecutive pregnant women who registered for antenatal care within the first 13 weeks of pregnancy within the study period at the study sites. Informed oral consent and was obtained from each participant before recruitment. Ethical clearance was also sought from our institutions ethical committee. A pre-designed structured data pro forma was used to obtain information. The information obtained included age of the participant, employment status of participant and husband, education status of participant and husband, parity, gestational age at booking, pre-pregnancy weight, maternal weight at booking, height, gestational age, family/personal history of diabetes and hypertension, multiple gestation, and place of residence. Women with multiple pregnancies, HIV positive women and those who had hyperemesis gravidarum were excluded. The weight was measured using a Harson weighing scale while the height was measured using pre-calibrated wall height measurements. Obesity was defined as a body mass index (BMI) of ≥ 30 according to the cut off criteria set by the world health organization.[6]

The data were analyzed using SPSS version 12.0. Fischer exact test, t-test and bivariate correlation analysis were carried out as appropriate at the 95% confidence level. P values less than 0.05 were considered significant.

The parity distribution is as shown in Table 1 while Table 2 shows the distribution of participants according to educational status. One thousand, two hundred and ninety-eight (41.0%) participants were employed while 1869 (59.0%) were unemployed.

There difference between the proportions of women with tertiary education who were obese and those without tertiary education who were obese did not reach statistical significance (9.1% vs. 11.4%, P=0.06). There was also no significant difference between the proportions of employed women were obese and that of unemployed women (10.6% vs. 10.8 %, P = 0.095).

The study captured a mixed population of rural and urban dwellers in a low-income setting. Although body mass index is not reliable in pregnancy, the inclusion of only women in their first trimester of pregnancy took care of this limitation. Maternal weight gain in the first trimester of pregnancy is negligible and sometimes there could be weight loss due to nausea and vomiting associated with early pregnancy. First trimester maternal weight could be taken as a reasonable representation of maternal pre-pregnancy weight. The results of the analysis of women in this study who knew their pre-pregnancy weight supports this assertion. A previous study reported good correlation between maternal weights recorded at first antenatal visit and independently reported pre-pregnancy weights. [7] This becomes even more relevant in the setting of most low-income countries where majority of the pregnant population are unaware of their prepregnant weights as was the case in this study population. Only 15.1% of the study population was aware of their pre-pregnancy weight, indicating a lack of weight consciousness amongst the female population in this setting. It is instructive to note that, the prevalence of obesity of 10.7% in this study is quite high and surprising considering the previously-held idea that obesity a problem of affluent societies. This is similar to findings from Australia.[8] Furthermore 14 % of women in this study were over-weight. In a previous report from Nigeria, an incidence of 50.7% was reported.[1] This very large incidence may have resulted from the sample population of only pregnant women in their third trimester of pregnancy scheduled for cesarean in a University Teaching Hospital, the small sample size of 300 women and the use of body mass index in defining obesity in the third trimester of pregnancy. These limitations were taken care of in this study. The prevalence of obesity in this study is similar to the 9.1% reported from Tanzania in 2006. [2]

Significantly more women who resided in urban areas were obese when compared to those who resided in rural areas. One may be tempted to relate this to the possible difference in income between the two groups. However, the employment status and educational status which relate positively with individual income did not appear to affect the prevalence of obesity in this study population. The reasons for the difference in prevalence of obesity between urban and rural populations in this study may lie in the dietary and activity pattern. The staple food in most rural populations in Southeast Nigeria consists mainly of traditional high fiber foodstuffs and complex carbohydrates. Women in these rural populations are mainly subsistence farmers who intensely and manually work the agricultural fields, hence they are very less likely to be obese than women in urban areas who eat more of processed, commercial foodstuff and snacks and are engaged in more sedentary occupations. This supports the age-long known weight-modifying factors namely dietary and physical activity pattern. Physical inactivity was identified as a risk factor for obesity among blacks in South Africa. [9]

There was no significant correlation between parity and body mass index. This is contrary to findings from a recent study in Saudi Arabia.[10]

In conclusion, obesity in pregnancy exists in appreciable proportion in south-eastern Nigeria and majority of women in this setting do not know their pre-pregnancy weights. There is need to begin to consider obesity in pregnancy as a problem that does exist in resource-poor settings and specific guidelines on the management of obese pregnant women in resource-poor settings would be needed. Nigerian women need to be encouraged to check their weights periodically especially before planning pregnancy. 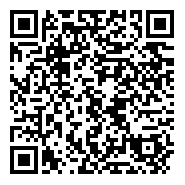