Background: There is growing evidence that excess generation of highly reactive free radicals, largely due to hyperglycaemia causes oxidative stress, which further exacerbates the development and progression of type 2 diabetes and its complications.

Objectives: In this study, the level of oxidative stress was compared with glycaemic control in type 2 diabetic patients.

Conclusion: This study showed that both glycaemic control and lipid peroxidation are factors to be monitored or evaluated in the management of type2 diabetics to avoid the development of diabetic complications.

Diabetes mellitus is defined as a group of metabolic diseases characterised by high blood glucose levels that result from defects in insulin secretion or action or both.[1] It is associated with a significant long-term risk of early mortality and morbidity.[2] Diabetes is largely responsible for blindness, amputations, nerve damage, and end stage renal failure, with increased coronary artery, cerebrovascular and peripheral vascular disease with up to 80% of deaths in people with diabetes caused by cardiovascular disease. Considering these facts, it is important to recognise and treat this devastating disease early, to ameliorate or prevent the serious complications associated with it.[3] Insufficient production of insulin (either absolutely or relatively to the body‟s needs), production of defective insulin or inability of cells to properly and efficiently utilise insulin leads to hyperglycaemia and diabetes. This later condition affects mostly the cells of muscle and fat tissues and results in a condition known as “insulin resistance.[1] Basically, three types of diabetes mellitus exist; type 1, type 2 and pregnancy induced diabetes mellitus. In type 1 diabetes mellitus, there is a progressive inability of the pancreas to secret insulin because of autoimmune destruction of the beta cells.[4]

Excess nourishment and sedentary lifestyle lead to glucose and fatty acid accumulation within muscle, adipose tissue and pancreatic cells resulting in production of excess reactive oxygen species (ROS) particularly superoxide anion, through the mitochondrial electron transport chain.[9] The manifestation of type 2 diabetes mellitus is an elevated fasting blood sugar secondary to insufficient insulin action. This is of two folds: the presence of insulin resistance, and the reduction in endogenous insulin. The United Kingdom Prospective Diabetes Study (UKPDS) demonstrated a progressive decline of endogenous insulin release and demonstrated β-cell function of less than 60% at baseline for patients with type 2 Diabetes mellitus.[10]

It has been shown that elevated HbA1c is associated with an increased risk of complications in patients with type 2 diabetes mellitus and that lowering HbA1c reduces such risk. Thus, HbA1c serves as a surrogate for the risk of microvascular and macrovascular complications, and these results firmly establish HbA1c as a useful measure of long-term glycaemic control.[11] The relationship between glycaemic control, oxidative stress and antioxidants has received limited attention in our environment. Consequently, this study was undertaken to obtain baseline information on this topic.

This is a crossectional study consisting of 50 poorly controlled type 2 diabetic patients. Twenty (20) subjects with good glycaemic control (normal HbA1c) served as positive control, while 20 non diabetic apparently healthy subjects served as negative control. They were randomly selected by a simple lucky dip of „‟YES‟‟ or „‟NO‟‟ and were of the same age range (35-70years). Pregnant subjects and indeed subjects with any other diagnosed medical condition were excluded from the study. Test Subjects were drawn from diabetic clinic of University of Nigeria Teaching Hospital Ituku-Ozalla, Enugu State. Ethical clearance and informed oral consent was obtained.

Blood samples from the patients and the controls were drawn after an overnight fast by a clean venepuncture from the antecubital vein using a 10ml disposal syringe and needle under aseptic conditions. The samples were collected while the subjects were in a sitting position with minimum stasis. Two (2) mls of blood were collected into fluoride oxalate bottles and centrifuged at 3,500 rpm for 15 minutes. The plasma was separated into sterile tubes for FBS. 3mls of blood were collected into EDTA tubes for Glycated haemoglobin (HbA1c) and malondialdehyde (MDA).

Diabetic mellitus has been known to be a state of excess generation of free radicals contributed by several mechanisms including hyperglycaemia which causes oxidative stress. This oxidative stress exacerbates the development and progress of diabetes and its complications.[15] The results obtained showed that subjects with uncontrolled type 2 diabetics had significantly higher levels of FBS, HbA1c and MDA when compared with the negative control; The increased HbA1c levels (> 6.5%) reflect the poor metabolic control of diabetic patients.

In type 2 diabetics, if glycaemic control improves, the oxidative stress indicators such as MDA will partially decrease.[16] The result as well showed that MDA when compared to FBS and HbA1c correlated positively, thus, as fasting blood sugar increases, MDA and HbA1c increase as well. There is growing evidence that excess generation of highly reactive free radicals, largely due to hyperglycaemia causes oxidative stress, which further exacerbates the development and progression of type 2 diabetes and its complications.[17] In this study, as the FBS increases, the HbA1c also increases. Higher levels of HbA1c have been found in the people with elevated blood sugar (FBS) as seen in type 2 diabetes mellitus.[6]

This study supports the fact that in type 2 diabetes mellitus patients, there are increased levels of FBS and MDA than in non-diabetic patients and that oxidative stress measured as MDA is strictly influenced by glycaemic control. Type 2 diabetes is associated with free-radical production and this increase together with insulin resistance can lead to the development of cardiovascular complications. However, the relationship between the parameters evaluated and insulin resistance was not established in this study.

It is thus suggested that the inclusion of adjuvant antioxidant micronutrients to hypoglycaemic agents in the management of diabetes, might go a long way in the reduction of associated complications. Large scale randomised controlled trails are needed to validate this suggestion. 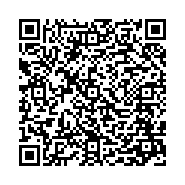