Painful Ophthalmoplegia as a Presenting Manifestation of Mucormycosis in an Apparently Normal Unknown Diabetic Patient: A Rare Case Report

Mucormycosis is a rare life threatening opportunistic fungal infection Caused by fungi of mycorales order belonging to the Phycomycetes class. Because of its rapid progression and high mortality, early recognition and aggressive treatment offers the only chance to increase the survival rate. We report a patient with mucormycosis who presented with painful opthalmoplegia and was incidentally detected to have diabetes. He was successfully treated with medical management only. The possibility of mucormycosis should be investigated in any patient with painful opthalmoplegia

Over the last few decades there has been an increase in the number of reported cases of infections caused by mucorales. This has been attributed to a rise in awareness of the disease and improvement in methods of identification. [3] Orbital apex syndrome consists of a paralysis of all three cranial nerves supplying the external ocular muscles and a sensory deficit in the distribution of first division of the trigeminal nerve, combined with an optic nerve involvement. [4] Painful ophthalmoplegia due to orbital apex syndrome as an initial manifestation of a mucormycosis in unknown diabetes patient is a very rare condition. Mucormycosis follows a rapid progressive course and if left untreated it is rapidly fatal.

The basis of mucormycosis treatment remains a combination of extensive surgical debridement and Amphotericin B for a protracted period of 4-6 weeks. [5] Although not currently used as first line treatment, the concurrent use of posaconazole, a triazole antifungal drug has been shown to be effective against mucormycosis and use has been increasingly reported when amphotericin B has had to be discontinued due to adverse side effects. [6] The following case report illustrates the challenges of managing mucormycosis as initial presenting manifestation of painful ophthalmoplegia in apparently normal undiagnosed diabetic individual; it should remain as a differential diagnosis. To the best of our knowledge, there is no such report in the literature.

A 44 year old man was admitted to our emergency department with a dull, moderately severe headache in right orbital area that had been present for 7 days. Blurred vision accompanied the headache, and he also complained of facial numbness. Nausea, vomiting, photophobia or phonophobia were not described. Clinical examination revealed that patient was drowsy, pulse 120 /min regular and BP was 130/90. Neurologic examination revealed complete right ophthalmoplegia accompanied by pain and mydriasis, hypoalgesia in the region innervated by the first division of trigeminal nerve, diminished corneal reflex, and blindness in the right eye. There was no pupillary light reflex in the right eye. These findings suggested orbital apex syndrome. Other systems were normal.

Para nasal sinus CT showed mucosal thickening in the ethmoidal and sphenoidal sinuses bilaterally (with findings more pronounced on the right). Cranial and orbital MRI revealed mucosal odema and thickening in the right ethmoidal sinus, sphenoidal sinus and right cavernous sinus with oedema of right optic nerve and in the medial and inferior rectus muscles and orbit. The affected sites were hyper intense on precontrast and gadolinium enhanced T1 Weighted images [Figure 1]. The otorhinolaryngology department was consulted and the patient was suspected to have fungal sinusitis. Endoscopic sinus drainage was performed and the drainage material was subjected to fungal culture and histopathologically examined. A sample was inoculated into 5% blood agar eosin-methylene blue and Sabouraud ‘agar and Sabouraud‘s plate showed growth on the third day. Lacto phenol staining of material collected from drainage revealed nonseptate fungal hyphae. Based on these findings; the patient was diagnosed as mucormycosis.

The patient’s blood glucose levels were brought under control with regular insulin, and then therapy for mucormycosis was started. Test doses of amphotericin B were given initially, and then the drug was administered at a dose of 1 mg/kg/day. The patient was simultaneously started IV Meropenem 1 gm BD. The pain was diminished after 1 week of treatment. After 10 days of this treatment his creatine level started to rise. The medication was changed to liposomal amphotericin B 1mg/kg/ day and this was continued for 6 weeks. After that posaconazole 420 mg orally, twice daily was commenced and managed on daily oral prophylactic posaconazole for a total period of 6 months. Six months later, a complete neurological evaluation showed marked improvement in the complete ophthalmoplegia and right eye blindness improved, patient general condition was good and there were no abnormal systemic findings. He has since remained stable and is currently recuperating in the community.

Rhino-orbital- mucormycosis is a rare disease with overall prevalence of diabetes in 0.15%. However rhino-orbitalmucormycosis as presenting manifestation of diabetes is rare. Patients with fungal infection who develop sino-orbito –cerebral syndrome often present with acute headache, fever, facial swelling, sinusitis, opthalmoplegia and/or blindness. [4,7] It is rare for individuals with mucormycosis to present with orbital apex syndrome. The patients presented with multiple cranial nerve involvement aren’t described in literature. He initially presented as painful opthalmoplegia due to mucormycosis and was incidentally found to have diabetes.

There are three stages of rhinocerebral mucormycosis in stage 1, local infection of the nasal mucosa and sinus typically causes nasal stuffiness, discharge, localized pain and headache. In stage 2 mucorales organism invade the orbital area, causing orbital apex syndrome or superior orbital fissure syndrome. In stage 3, the infection spread through one or both cavernous sinuses damaging the internal carotid artery and cribriform plate, resulting in intracranial involment. [8]

Single or multiple ocular nerve palsies combined with pain in one or both eyes are known as painful opthalmoplegia. There are many possible causes of this condition and the lesion responsible for it may be located in a variety of sites, from the orbit to the superior orbital fissure, cavernous sinus, parasellar area. The major causes of painful opthalmoplegia include orbital pseudotumor, metastatic tumor, lymphoma, tolosa hunt syndrome, nasopharyngeal carcinoma, cavernous sinus thrombosis, pituitary adenoma, intracavernous and posterior communicating artery aneurysm, petrositis, arteritis, and diabetes mellitus. [8] Mucormycosis and other fungal infections of the sino orbital region are infrequent causes of this condition. [9] Even so in apparently normal undiagnosed diabetes case as in our present case. Patient in stage 1 of rhinocerebral mucormycosis can be diagnose by otorhinolaryngology clinic. However in stage 2 and 3 usually referred to neurology department if patient clinical presentation indicates cranial nerve involvement, it is important that neurologist should assess for mucormycosis immediately. The clinical findings of rhinocerebral mucormycosis tends to vary and can include not only painful opthalmoplegia, but also multiple cranial nerve involvement, as in our apparently normal undiagnosed diabetes. [9]

Our report describes a patient who develops painful opthalmoplegia due to mucormycosis as initial presentation in apparently normal undiagnosed diabetes. The challenges in diagnosing sino-orbito – cerebral mucormycosis are well known. This condition occurs in all age group. This condition usually affects patients with debilitating diseases, but can also affect people in good health as reported in our present case. The most common risk factor for mucormycosisis is diabetes mellitus. The predisposing factor in our case was undiagnosed diabetes. Apart from the findings of leukocytosis, routine assessment did not assist with diagnosis. The CSF finding analysis in our case was nonspecific, and CSF culture was not helpful. Although CT may show sinusitis in patients with mucormycosis, the CT finding can mimic benign mucosal disease. Dhiwarkar and collegues found paranasal cellutitis to be most frequent early clinical sign of mucormycosisis, whereas CT in our case revealed only thickening of paranasal sinus mucosa. [10] In contrast cranial and orbital MRI can more clearly demonstrate fungal infection of the sino-orbito –cerebral region, with hyperintense lesions on T1 weighted images.

An article by Nithyanandam and coworker stresses that debridement of the sinus is necessary in all cases of sino-orbito – cerebral mucormycosis diagnosis in early stages requires astute investigation. [11] In our present case the definitive diagnosis was made on detection of mucormycosisis hyphae in cultures of biopsy specimen obtained via endoscopic examination of the paranasal sinuses which was established on seventh day of admission.

We emphasize that any diabetic or immunosuppresed patient with painful opthalmoplegia should undergo immediate otorhinolaryngologic evaluation to rule out mucormycosisis. This is extremely important, as the radiological, CSF and hematologic/biochemical assessment in these cases are nonspecific. Timely diagnosis of mucormycosis requires a high level of suspicion and immediate biopsy of mucosa. It can be stressed enough that early diagnosis and treatment are essential. [12] Early diagnosis of mucor mycosis and initiation of appropriate therapy with 5 days has a survival rate of 83% compared with 43% survival rate at greater than 5 days. In patient with intracranial involvement, fatality rate can excess 80% with death occurring in less than 2 weeks from initial onset if mucormycosis cannot be successfully treated. [12] Mucormycosis is resistant to most azoles,apart from posaconazole, which has been shown to have a 70% success rate as salvage therapy in one study. Posacozole was later started as a prophylactic agent once disease clearance was evidenced on imaging and patient symptoms had stabilized. Posaconazole has been suggested for secondary prophylaxis in patients at high risk of relapse.

Treatment of mucormycosis involves a combination of surgical and medical modalities in addition to correction of underlying medical disorder. The standard medical therapy for mucormycosis is Amphotericin B in a dosage of 1.0-1.5 mg/kg/ day for a period of several weeks to months, depending upon the clinical response and degree of drug’s side effects. [12] Most studies have showed that surgical debridement is necessary for complete cure however in our case patient was completely cured with medical management only.

This case is unusual as it is the first report of a patient with painful opthalmoplegia due to mucormycosis and was incidentally found to have diabetes. The neurologist may see patients with painful opthalmoplegia in its earliest stages masquerading as other less serious diseases. The present case also highlight the importance of early establishment of diagnosis, prompt initiation of amphotericin B therapy, resolution of the predisposing condition. Survival has been positively correlated with the time of diagnosis and initiation of treatment. 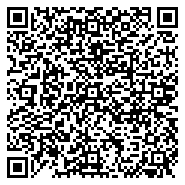